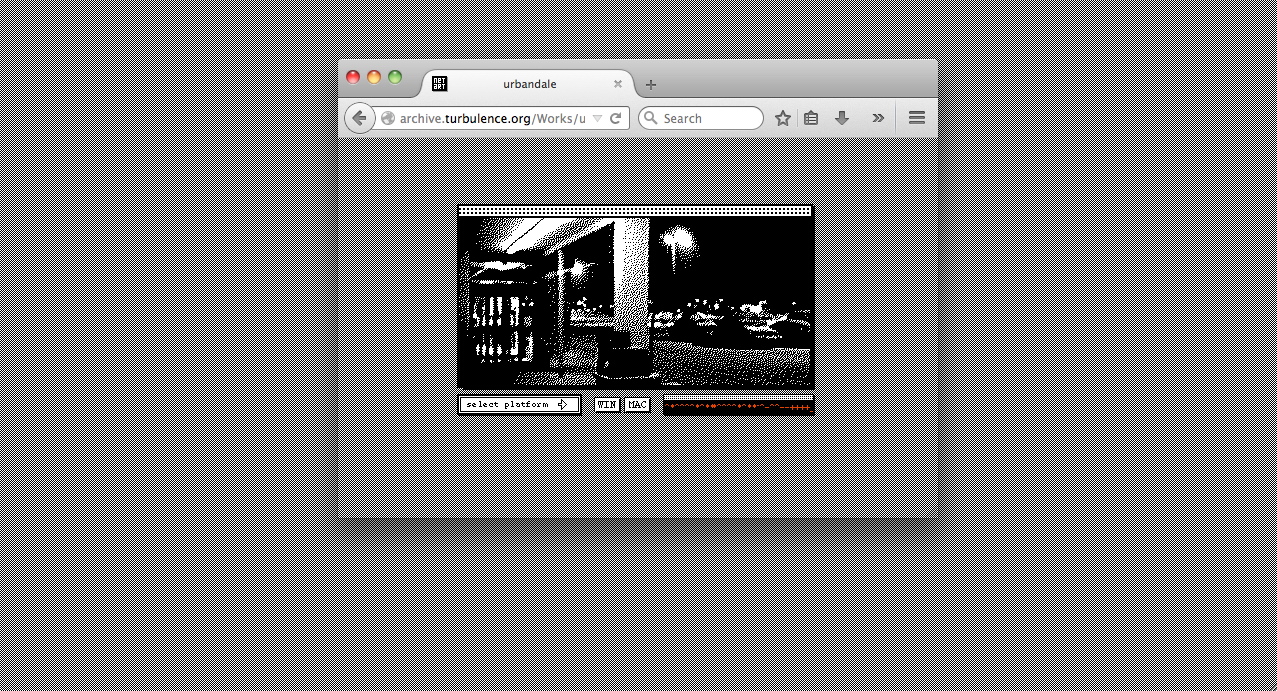 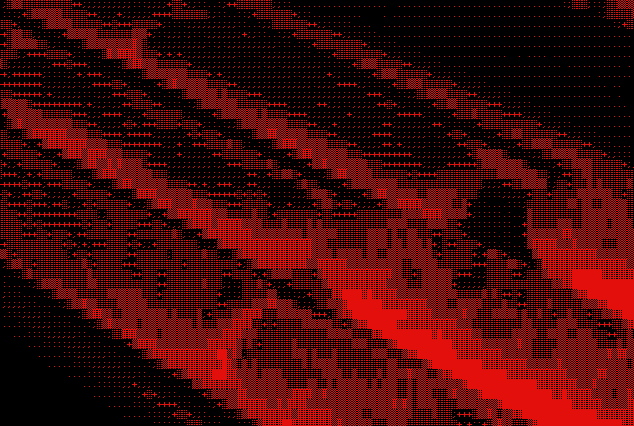 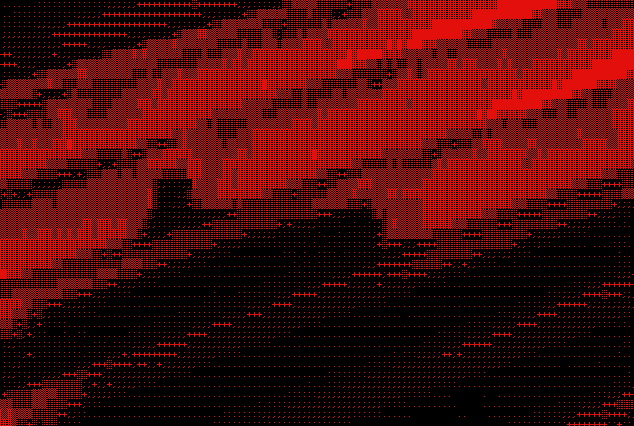 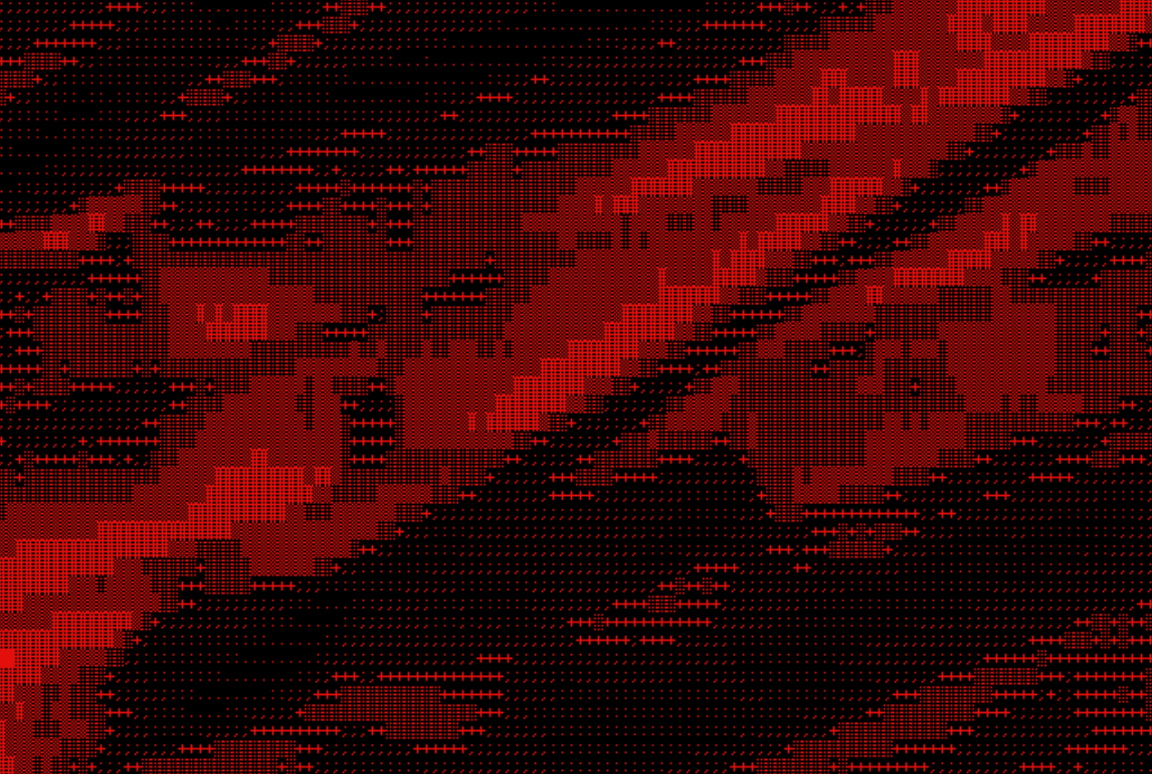 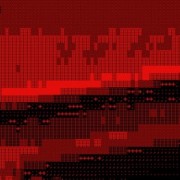 Filmed at Urbandale Plaza in the eastern suburbs of Buffalo N.Y., “urbandale” is a study of America’s suburban sprawl stripped to its barest essentials and void of unnecessary contemporary cultural influence. This film captures the sly, bland smile strip plazas cast at modern culture. The film, rendered in text, focuses on the repetitive motion of food stuffs being cooked in the lobby of a discount department store.

Watch in a Java-enabled browser, or download the files and view/listen on your desktop. Make sure your speakers are on.

“I composed Urbandale by creating my own software and using ASCII (text) as the only means of display. I made my first experiences with the Internet through Telnet sessions, at a time when the WWW was only text-based. During this time, I began to create Telnet movies, or movies made out of text. Urbandale is a throw-back to this era: in essence, I have “frozen” a certain time and aesthetic in computer culture. This strategy allows me to successfully maximize the potential for that particular moment. The soundtrack for Urbandale was also composed by myself and recorded with 12 electric guitars.” – Cory Arcangel, Leonardo, Vol. 34, No. 5, Ninth New York Digital Salon (2001) 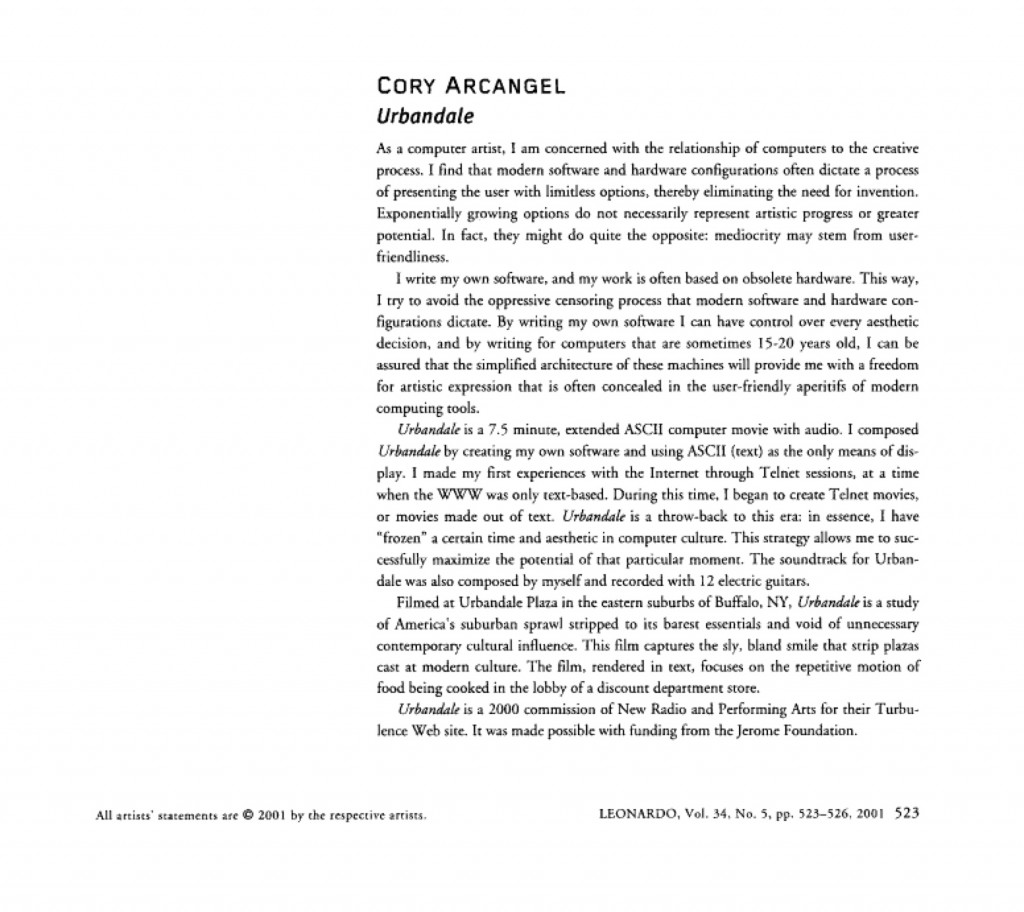