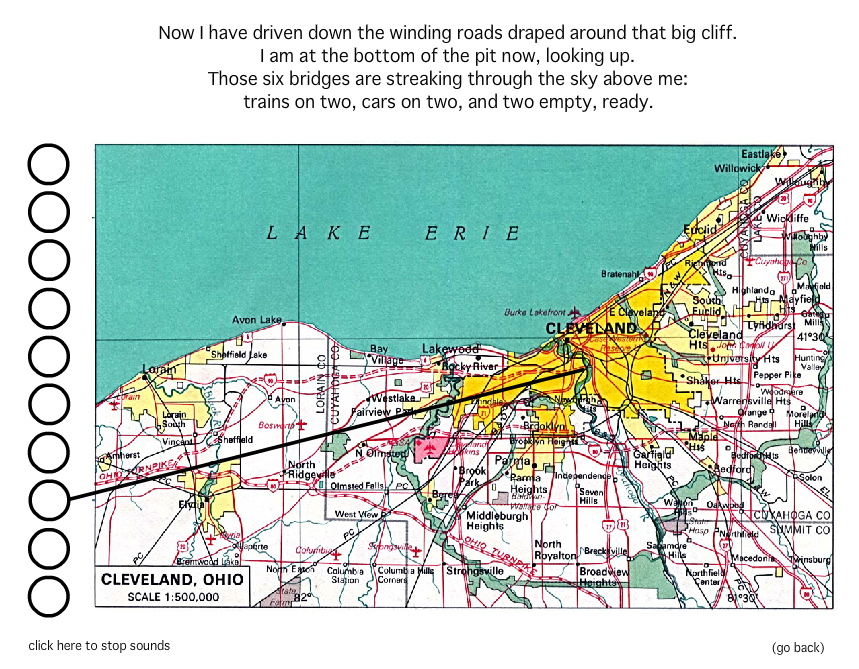 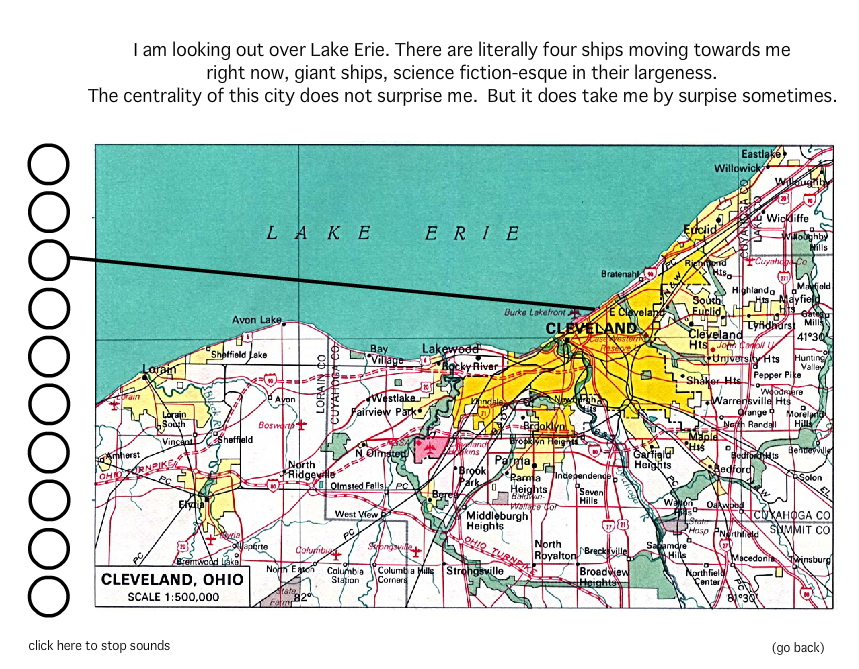 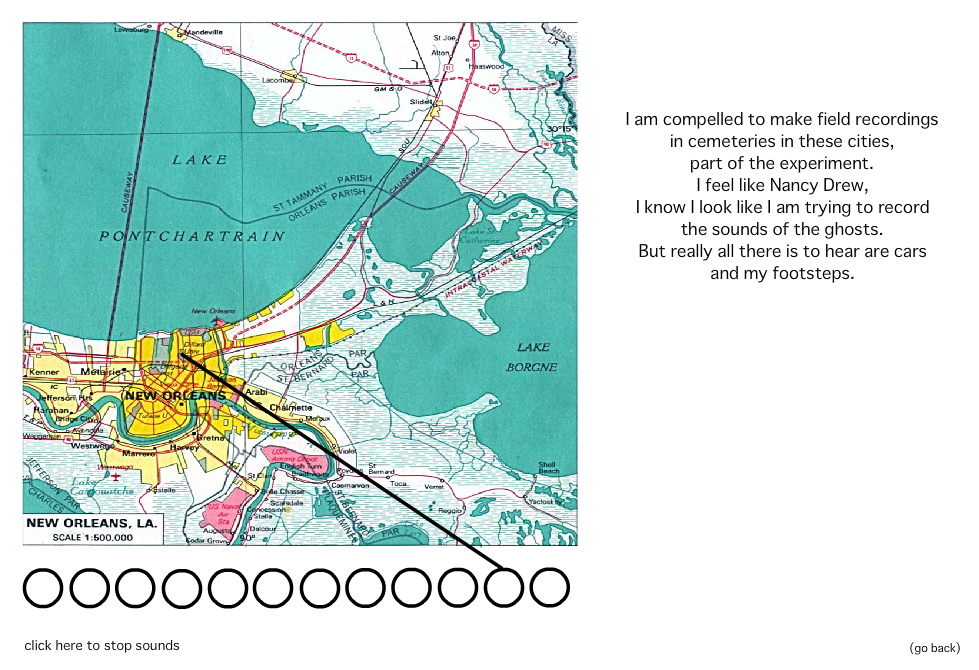 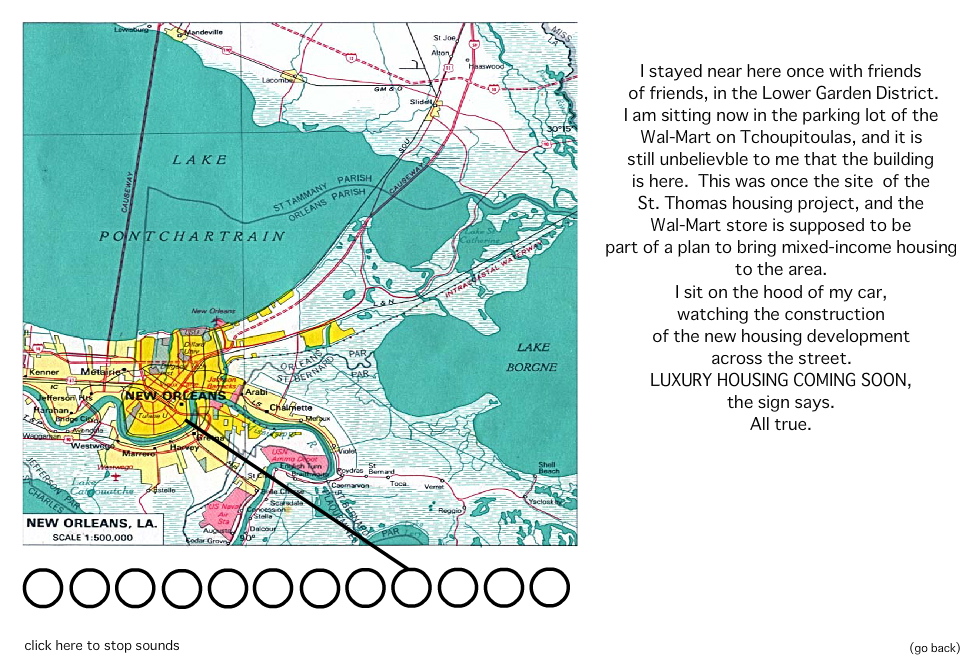 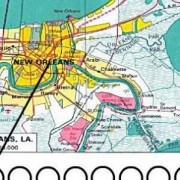 Rust Belt / Bayou is an aural exploration of two cities: Cleveland, Ohio, and New Orleans, Louisiana. For the past several years, Christensen’s artistic practice has been based in extensive travel throughout the United States, surveying the ways in which communities are changing in the shadow of corporate real estate development. During these travels, she has often been struck by the similarities between Cleveland, a city of the Rust Belt, and New Orleans, a city of the bayou.

Both cities dwell on the shores of bodies of water with global reach: Cleveland on Lake Erie, New Orleans on the Mississippi River. Both cities have seen the boom and bust of industry and population throughout their histories — past and present. Cleveland and New Orleans look remarkably different, but Christensen has often noticed that they have sounds in common: industry, birds, water, tourists. Rust Belt / Bayou offers an interactive document of aural snapshots from recent trips to both New Orleans and Cleveland.

This Flash work has been preserved with Ruffle by the Electronic Literature Lab in July 2021. When it launches, a play button may appear that you will need to click; after launching it, the work may take time to appear.