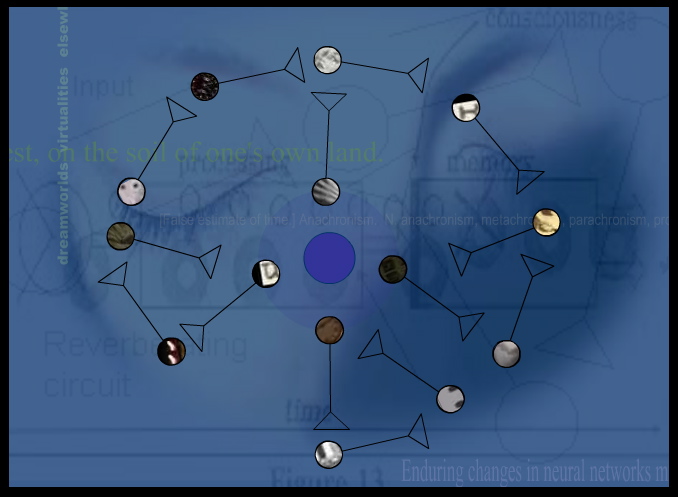 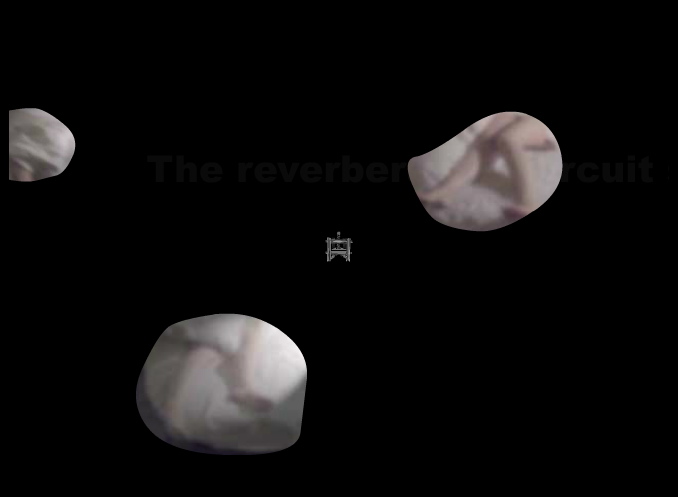 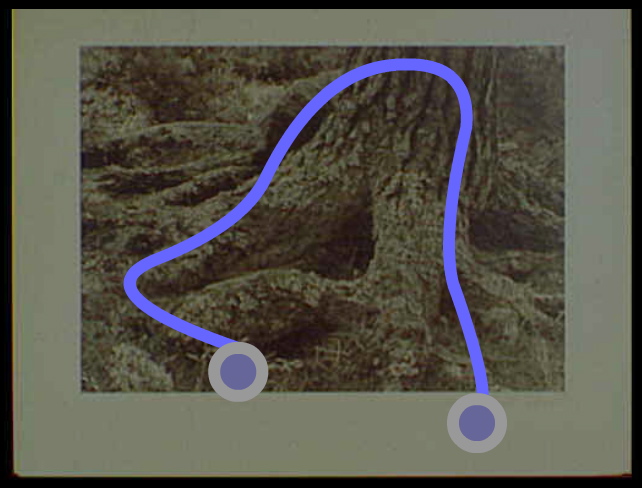 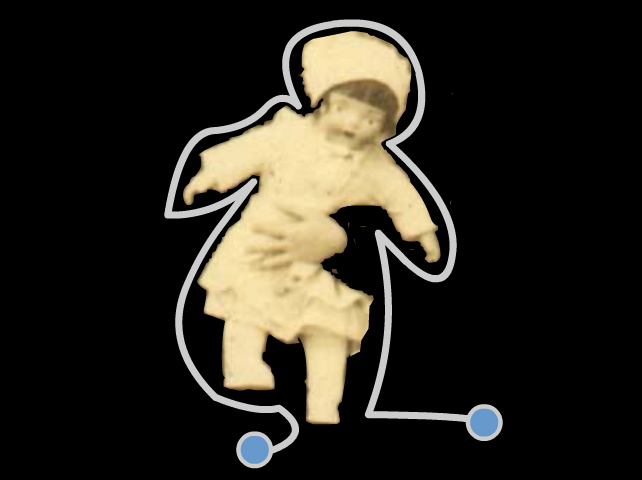 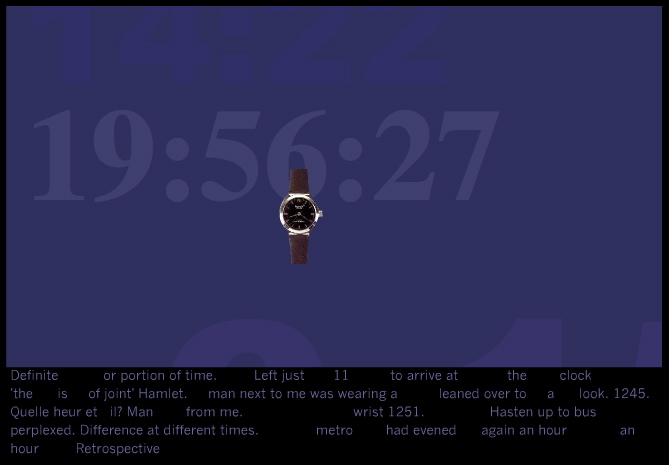 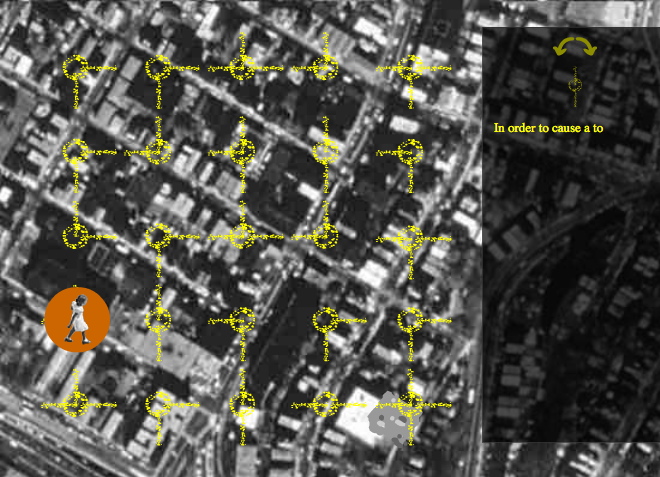 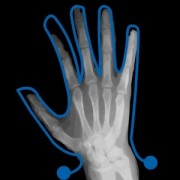 [rootings] explores string theory, time, narrative, mental order/disorder, and interactivity as engaged by a female subject in an internet game format, and also calls into question standardized and popular notions of time.

This Flash work has been emulated with Conifer by the Electronic Literature Lab in June 2021. To view this emulation
click here.

Elements of quantum mechanics and string theory open the door to scientific inquiry about time in the 21st Century, inquiries which can begin with our daily domestic, personal experiences. We can think about remembering an episode in one’s life within the context of scientific theories of time, for example, as more like a simultaneous event, parallel world, or constant, not simply a memory or a past happening. This project uses scientific background in perception of time and the physics of time in string theory to tease out ideas about time in narrative, mental order/disorder, and interactivity.

In [rootings], we encounter time in unusual ways; each string or episode itself is a recurring or cyclical event which takes the form of an abstract yet interactive “arcade style” game. Here, I am using game systems as materials and methods by which to explore these boundary zones, involving both intellectual hypotheses and the commonplace as locations and manifestations of socio-technological phenomenon-both the conditions of time and memory are extremely difficult to study and are heavily subjective.

The main interface of [rootings] is based on a reverberating circuit diagram. The brain, an organ composed of over 50 billion nerve cells, is connected by axons and dendrite conduits. Any type of activity in the brain (hearing a sound, problem solving, reading) sets off neural circuits throughout the nerve cells. While every experience creates new pathways, some of the circuits created repeat over and over, marking out a fixed location and becoming part of memory. These reverberating circuits start with input which produces a signal, which in turn becomes encoded within a neuroloop, producing a short-term memory function. A reverberating circuit, for example, creates physiological memory.

[rootings] encourages players to begin digging around in these circuits, using the physiological actions of clicking, tracing, and the repetitive process of game play to reinscribe memories from maker to player.

The heart of this research project is based around recent readings in physics, neurology, and most notably, string theory, which support the idea of tangible simultaneities, much like real, visceral memories or deja vous. The work deals directly about time and memory through rich imagery and sound and through the perspective of a woman maker and through the use of stories and relationships in personal, everyday, almost mundane occurrances to show that such slips of time are equally everyday happenings.

[rootings], like other web art projects, is not “created” unless users are interacting with it. The work becomes a blend between research, process, and performance. Like Andre Breton and other critic/makers, I celebrate lapses in time, perhaps because in the very act of making creative work one loses oneself to time utterly.