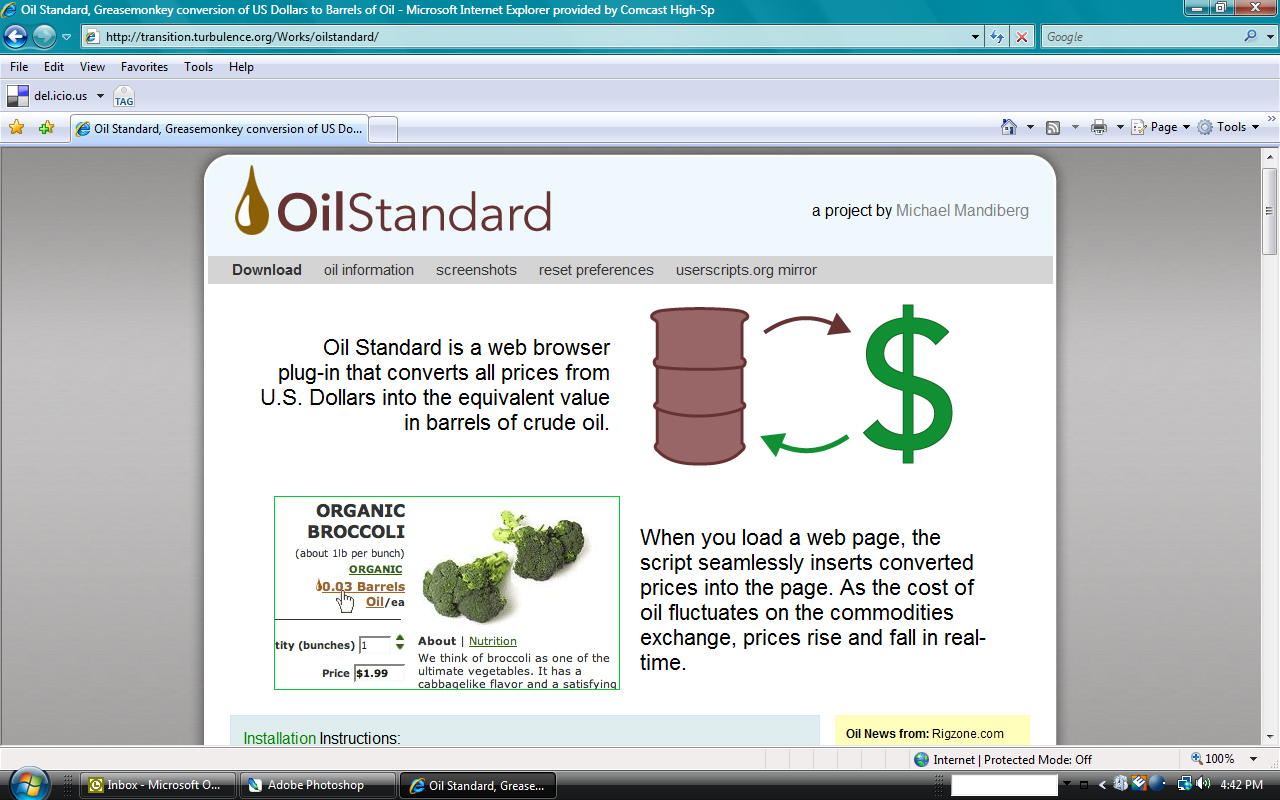 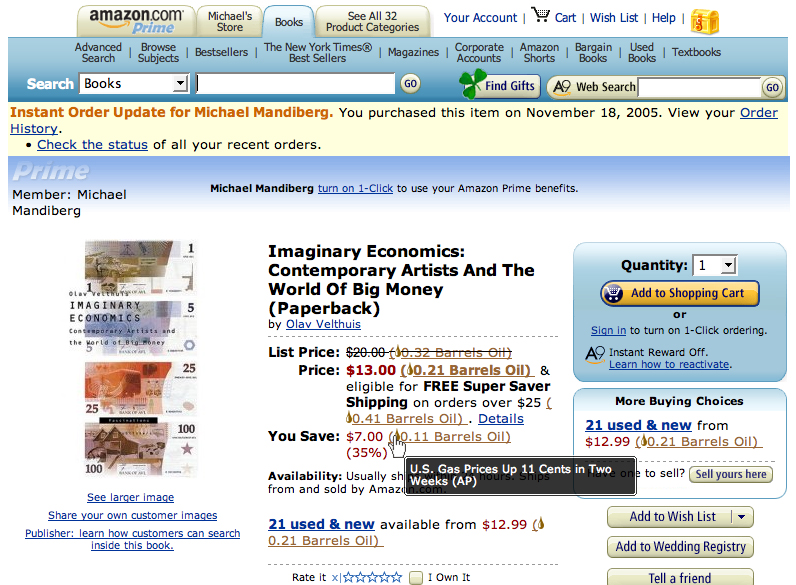 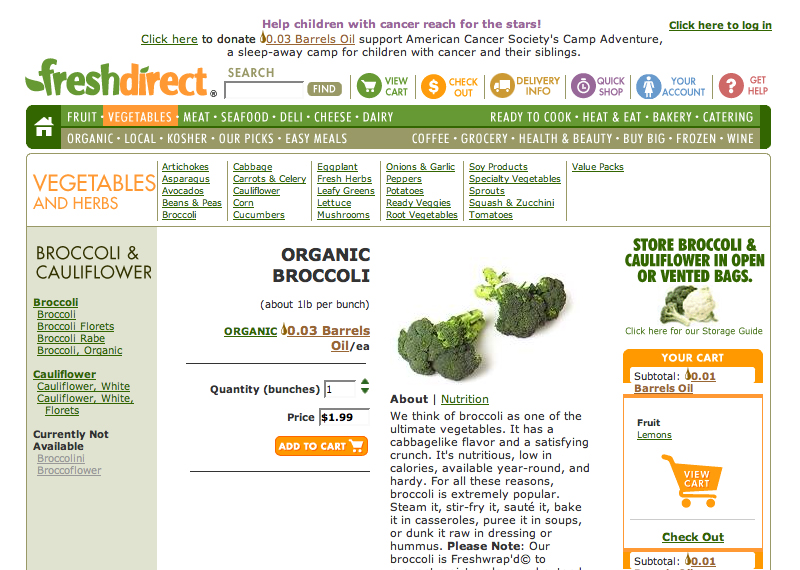 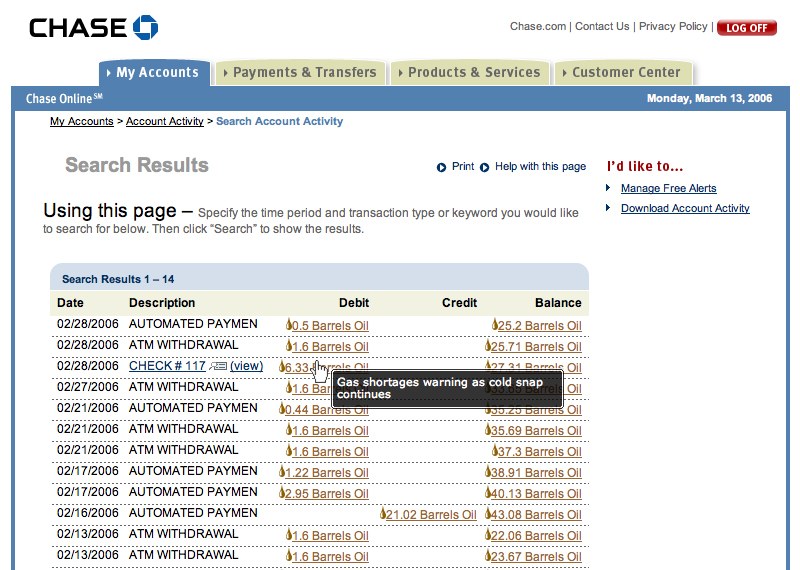 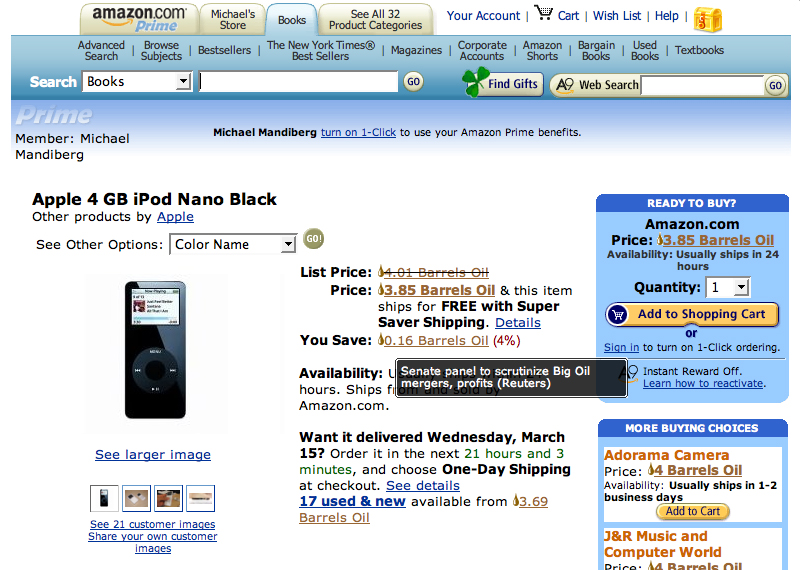 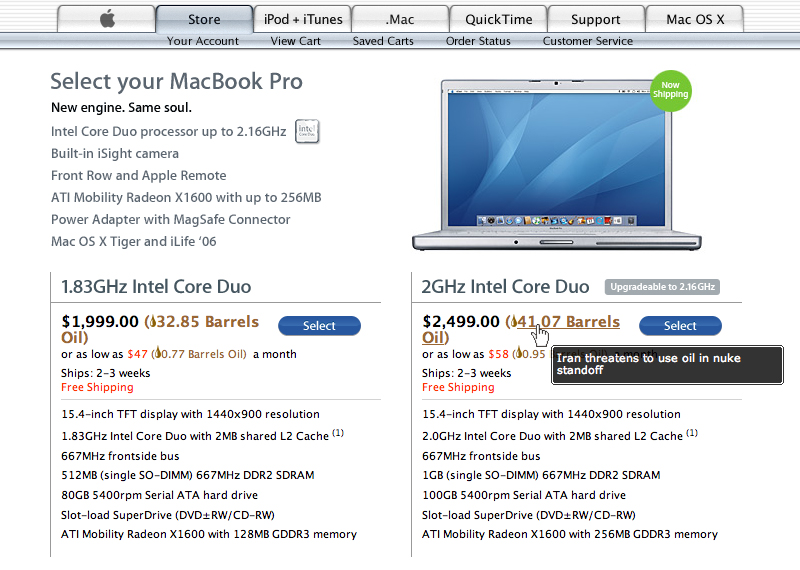 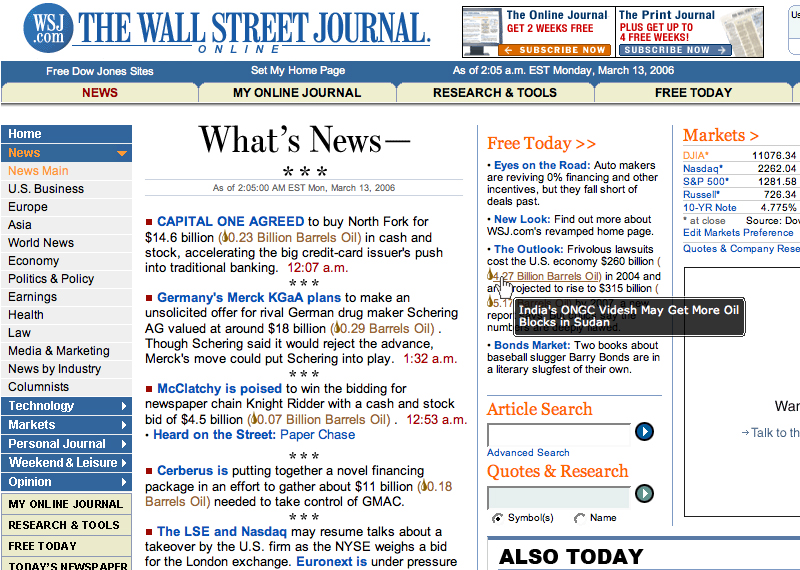 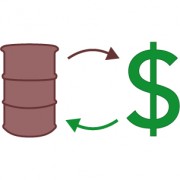 “Oil Standard” was a web browser plug-in that converted all prices from U.S. Dollars into the equivalent value in barrels of crude oil. When you loaded a web page, the script seamlessly inserted converted prices into the page. As the cost of oil fluctuated on the commodities exchange, prices rose and fell in real-time.

The plug-in no longer functions. Browse the archive.

If, in contemporary economics, the gold standard is no longer a viable model, users of Michael Mandiberg’s new browser plug-in may believe that oil is the new currency par excellence. The American artist’s Oil Standard seamlessly ‘converts all prices from U.S. Dollars into the equivalent value in barrels of crude oil,’ on webpages. These values are updated in real time, according to the fluctuating price of oil on the commodities exchange, so that one always knows the relative cost of that new iPod or weekend getaway. As is typical of the artist who digitized Sherry Levine’s ‘After Walker Evans’ series to bring internet users the ‘After Sherry Levine’ project, Oil Standard is rife with ironic references. The concatenation of the gold standard, the Standard Oil company, and the project’s title, in his personal statement, kick-starts the wordplay that makes Mandiberg’s choice to write his project in the oily-sounding Greasemonkey Mozilla Firefox script all the more witty. And perhaps it does take a sense of humor to contemplate the crude equivalent of one’s weekly lunch allowance in oil, considering the effect that this new currency is having on current affairs.

Michael Mandiberg | Oil Standard in The Oil Show at HMKV

Seeing the cost in oil of a new iPod on Amazon.com, or the balance in your bank account was startling. More than just a play on the concept of the ‘Gold Standard,’ or the old ‘Standard Oil’ company, this is a glimpse into the moment when oil will replace (or already replaced) gold as the standard by which we trade all other goods and currencies.

The script was written in Greasemonkey, an official extension for Mozilla Firefox that allows the user to change the look, content, or function of a webpage, by writing client side DHTML into a page. Greasemonkey has primarily been used for very functional tasks: nytimes.com ad blockers, eBay.com auto-sign-in scripts, etc.

“Oil Standard” adds some functional absurdity to the mix.