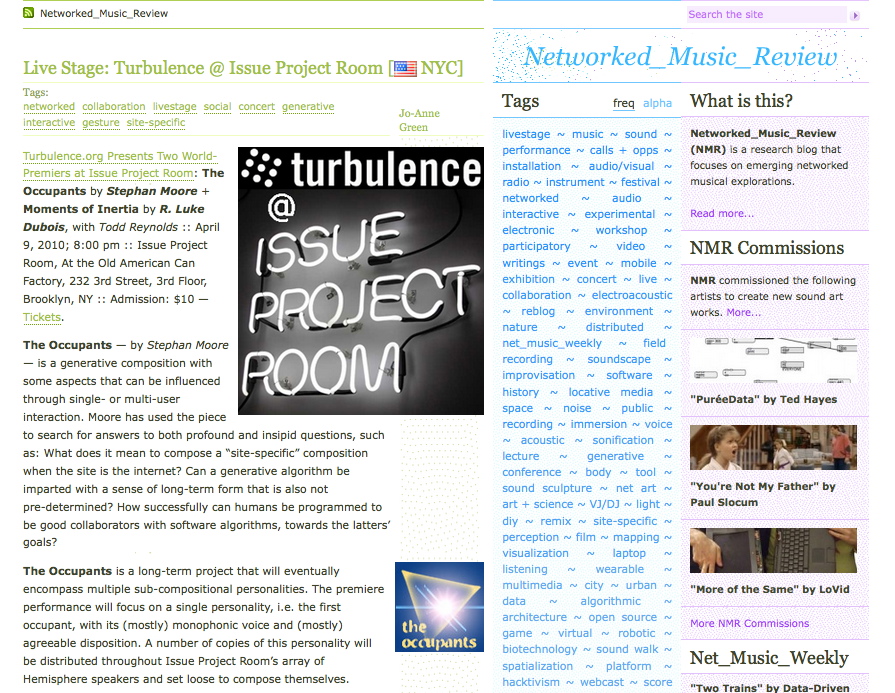 Moments of Inertia + The Occupants 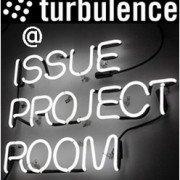 Moments of Inertia by R. Luke Dubois, with Todd Reynolds
The Occupants by Stephan Moore

Moments of Inertia is an evening-length performance based on a teleological study of gesture in musical performance and how it relates to gesture in intimate social interaction. The work is written for solo violin with real-time computer accompaniment and video. Moments consists of twelve violin études written for Todd Reynolds – ranging from 1-10 minutes in length – each of which uses a different violin performance gesture as a control input for manipulating a short piece of high-speed film (300 frames-per-second) – of objects and people in motion. Taking its cue from principles in physics that determine an object’s resistance to change, the violinist’s gestures time-remap and scrub the video clip to explore the intricacies of the performed action.

The Occupants — by Stephan Moore — is a generative composition with some aspects that can be influenced through single- or multi-user interaction. Moore has used the piece to search for answers to both profound and insipid questions, such as: What does it mean to compose a “site-specific” composition when the site is the internet? Can a generative algorithm be imparted with a sense of long-term form that is also not pre-determined? How successfully can humans be programmed to be good collaborators with software algorithms, towards the latters’ goals? The Occupants is a long-term project that will eventually encompass multiple sub-compositional personalities. The premiere performance will focus on a single personality, i.e. the first occupant, with its (mostly) monophonic voice and (mostly) agreeable disposition. A number of copies of this personality will be distributed throughout Issue Project Room’s array of Hemisphere speakers and set loose to compose themselves. Moore dedicates this concert to Suzanne Fiol.