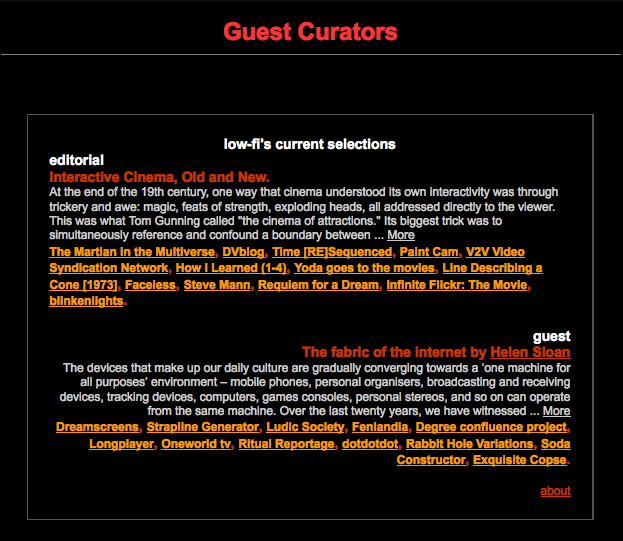 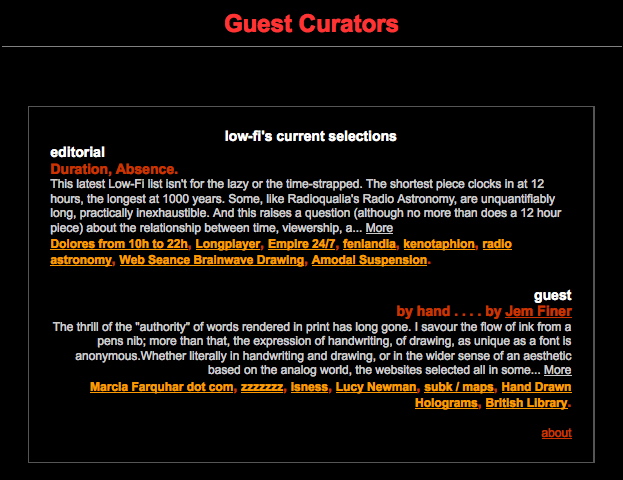 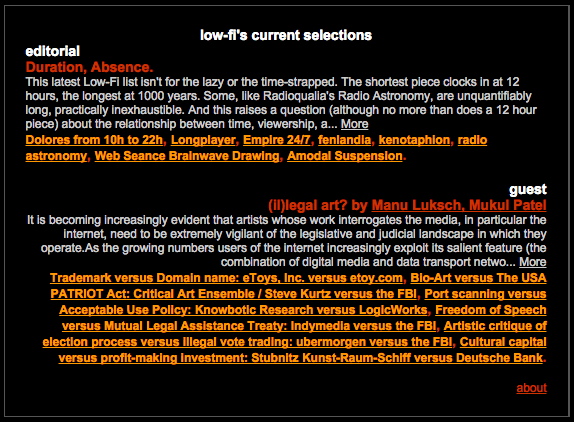 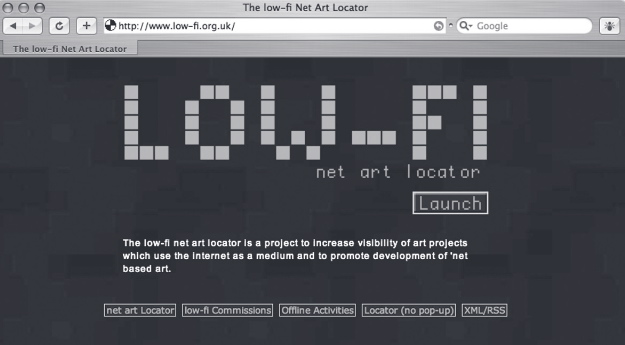 In 2004, Turbulence.org began a curatorial partnership with the British platform low-fi, which was embedded within Turbulence’s homepage until 2006. low-fi’s curatorial contribution to Turbulence.org was the prototype of a distribution system that co-existed  symbiotically on other sites. Rather than producing new content, it was an embedded syndication of low-fi’s current editorial and guest list activity that updated  automatically to provide a brief introduction, title, artists’ names and links to relevant low-fi projects.

low-fi was an artist collective focused on net art and mediation and distribution systems. low-fi locator was strengthened by contributions from guests whose lists offered insightful and subjective ways to look at the net. low-fi was a system for locating art projects on the net, which it referred to as ‘net art’. low-fi functioned from two directions. It was a system where artists could input information about new projects, offering them more exposure for their work; and it is was also a way for viewers to locate and engage in a variety of net projects. This activity, from both sides, was central to low-fi’s usefulness and in defining its identity.

All the art projects there were net specific, utilising networked technology in order to be realised; and were conceived primarily for the net. The span of projects was broad but excluded projects which documented art activity in other space or media. http://low-fi.org.uk is no longer online.