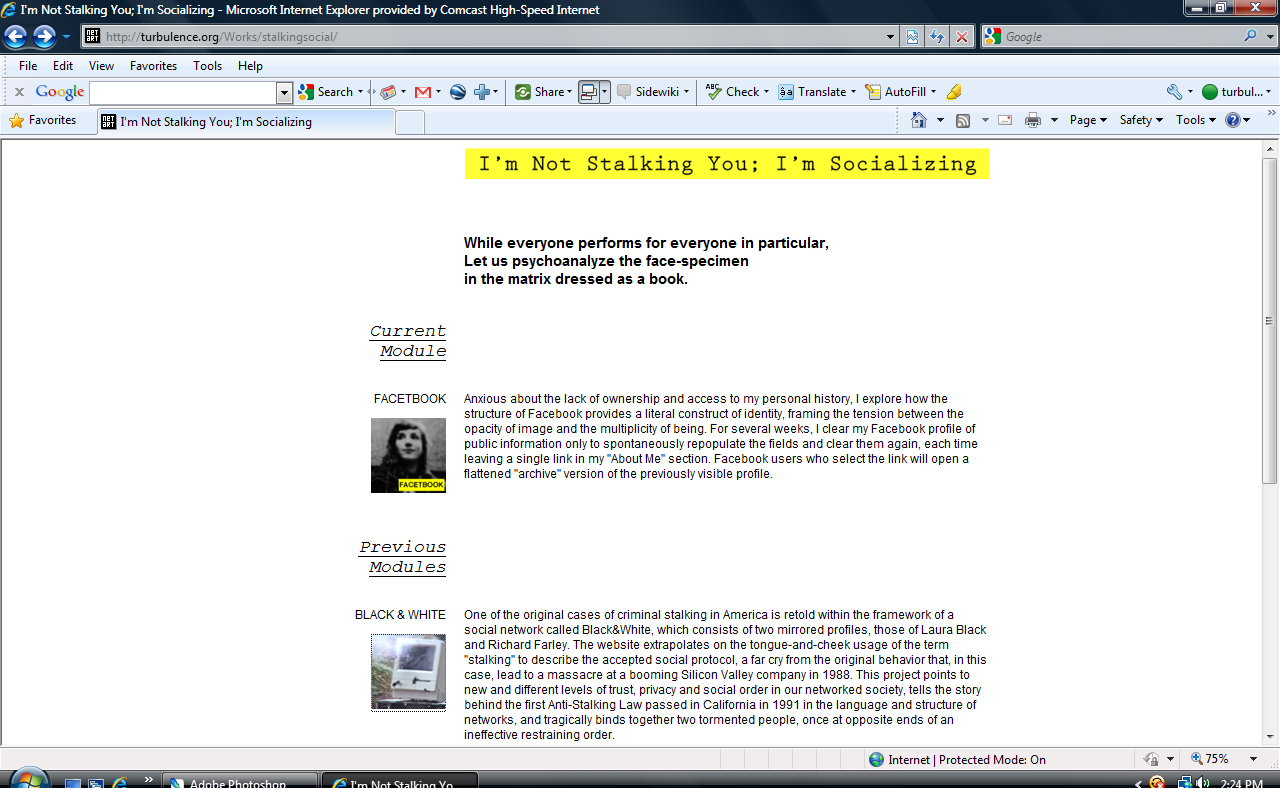 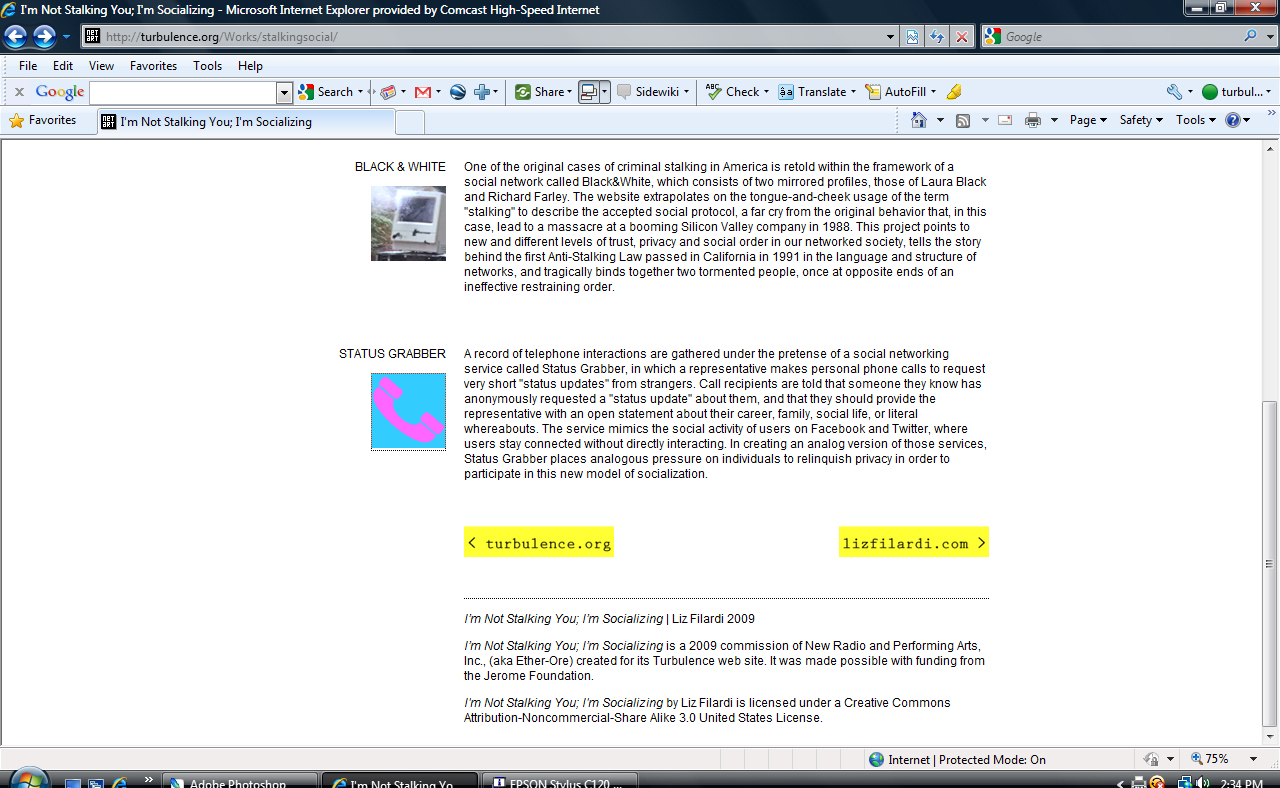 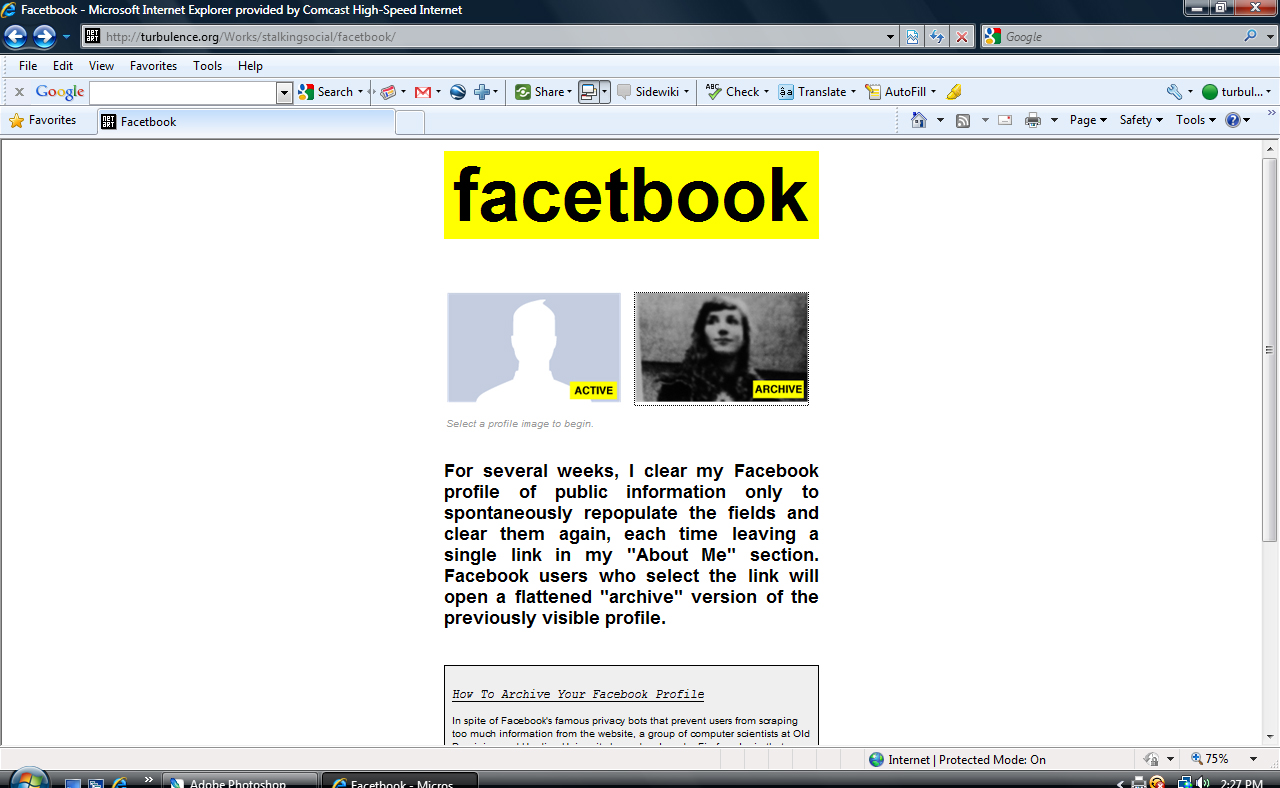 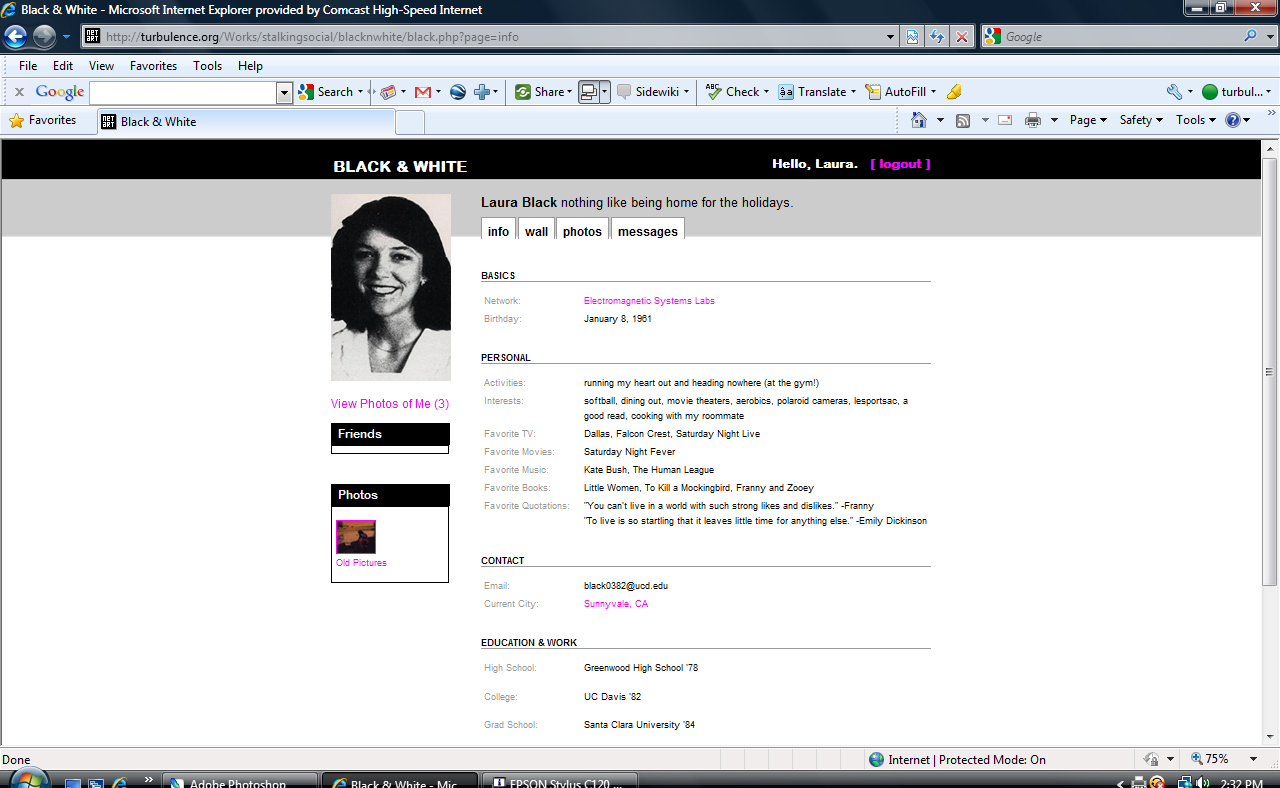 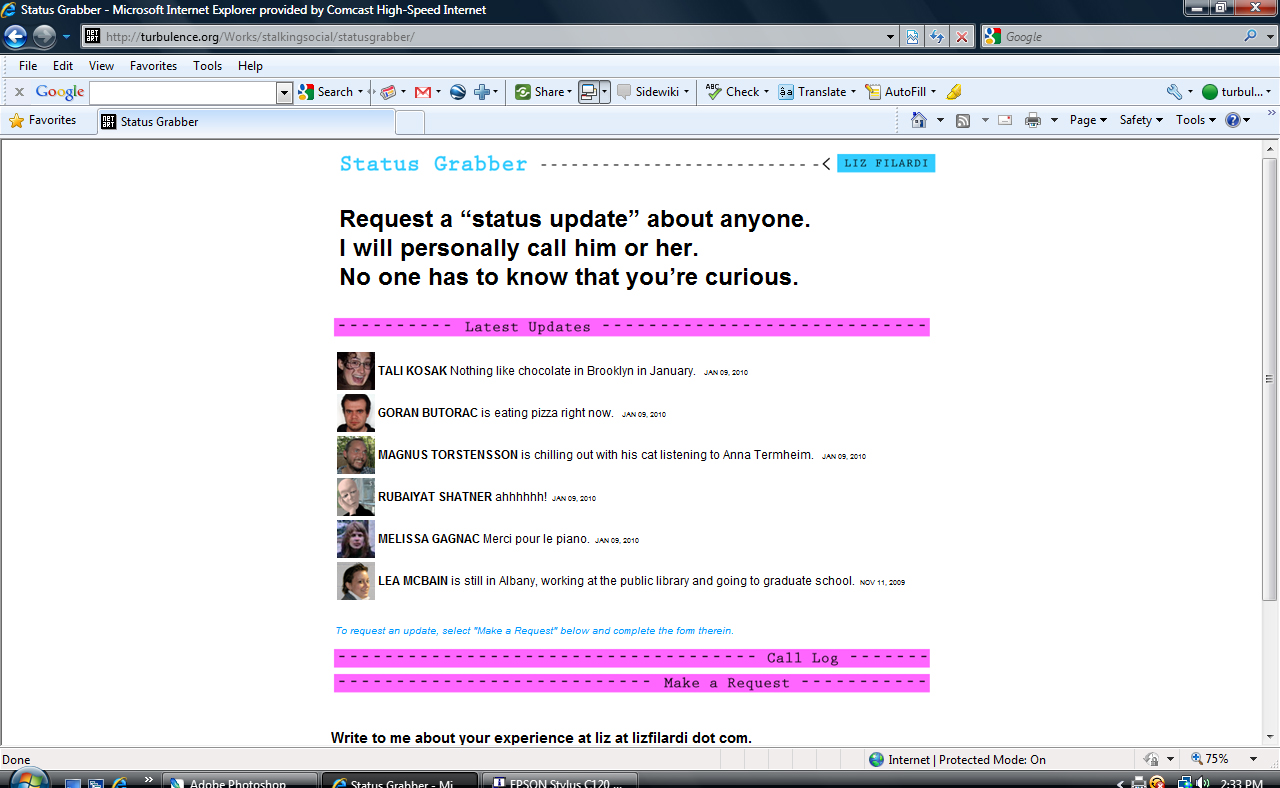 I’m Not Stalking You; I’m Socializing 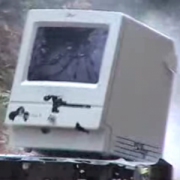 “I’m Not Stalking You; I’m Socializing” explores how social networking changes the ways in which we relate to one another and enrich our lives. Visitors to the website can directly request status updates through the satirical service, listen to phone records, and view rolling, one-line status updates.

A record of telephone interactions is gathered under the pretense of a social networking service called “Status Grabber,” in which a representative makes personal phone calls to request very short “status updates” from strangers. Call recipients are told that someone they know has anonymously requested a status update about them, and that they should provide the representative with an open statement about their career, family, social life, or literal whereabouts. The service mimics the social activity of users on Facebook and Twitter, where users stay connected without directly interacting. In creating an analog version of those services, “Status Grabber” places analogous pressure on individuals to relinquish privacy in order to participate in this new model of socialization.

PART 2: BLACK&WHITE One of the original cases of criminal stalking in America is retold within the framework of a social network called Black&White, which consists of two mirrored profiles, those of Laura Black and Richard Farley. The website extrapolates on the tongue-and-cheek usage of the term “stalking” to describe the accepted social protocol, a far cry from the original behavior that, in this case, lead to a massacre at a booming Silicon Valley company in 1988. This project points to new and different levels of trust, privacy and social order in our networked society, tells the story behind the first Anti-Stalking Law passed in California in 1991 in the language and structure of networks, and tragically binds together two tormented Americans, once at opposite ends of an ineffective restraining order.

PART 3: FACETBOOK – Anxious about the lack of ownership and access to my personal history, I explore how the structure of Facebook provides a literal construct of identity, framing the tension between the opacity of image and the multiplicity of being. For several weeks, I clear my Facebook profile of public information only to spontaneously repopulate the fields and clear them again, each time leaving a single link in my “About Me” section. Facebook users who select the link will open a flattened “archive” version of the previously visible profile.