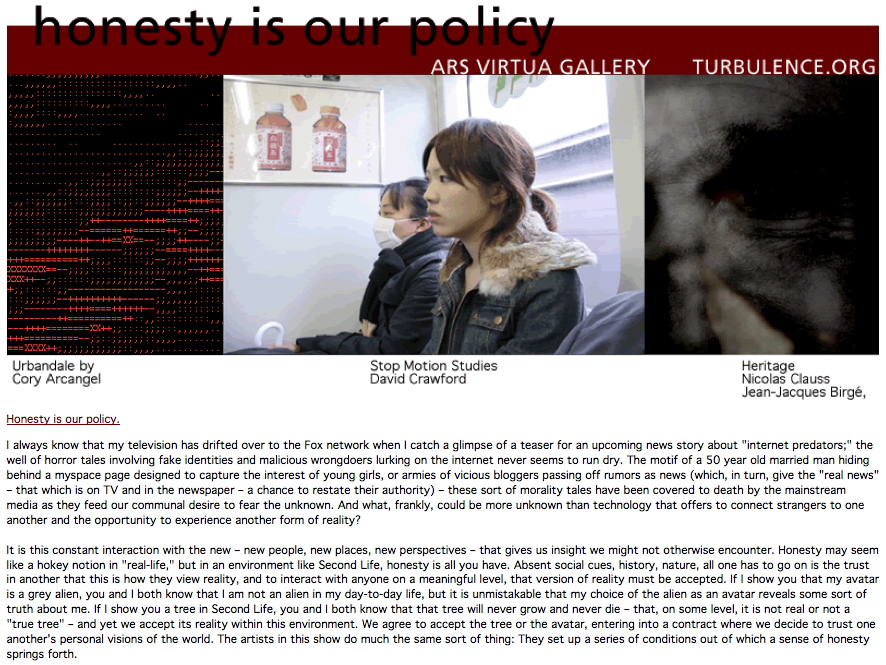 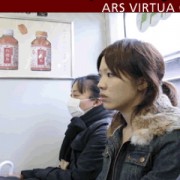 A few months ago, Jo-Anne Green invited Ars Virtua (Amy Wilson, James Morgan, Jay van Buren) — a new media center and gallery located entirely in the synthetic world of Second Life — to curate an exhibition of Turbulence.org commissions. They rummaged through our ten-year old archive and produced honesty is our policy. We believe this was the first (and perhaps only) instance of net art being ‘exhibited’ in a virtual world.

“(In Second Life) honesty is all you have. Absent social cues, history, nature, all one has to go on is the trust in another that this is how they view reality, and to interact with anyone on a meaningful level, that version of reality must be accepted.”

Ars Virtua is a new type of space that leverages the tension between 3D rendered game space and terrestrial reality, between simulated and simulation. It brings the art audience into “new media” rather than new media to the museum or gallery, and calls upon its audience to interact with the art and one another via their avatars within the space.