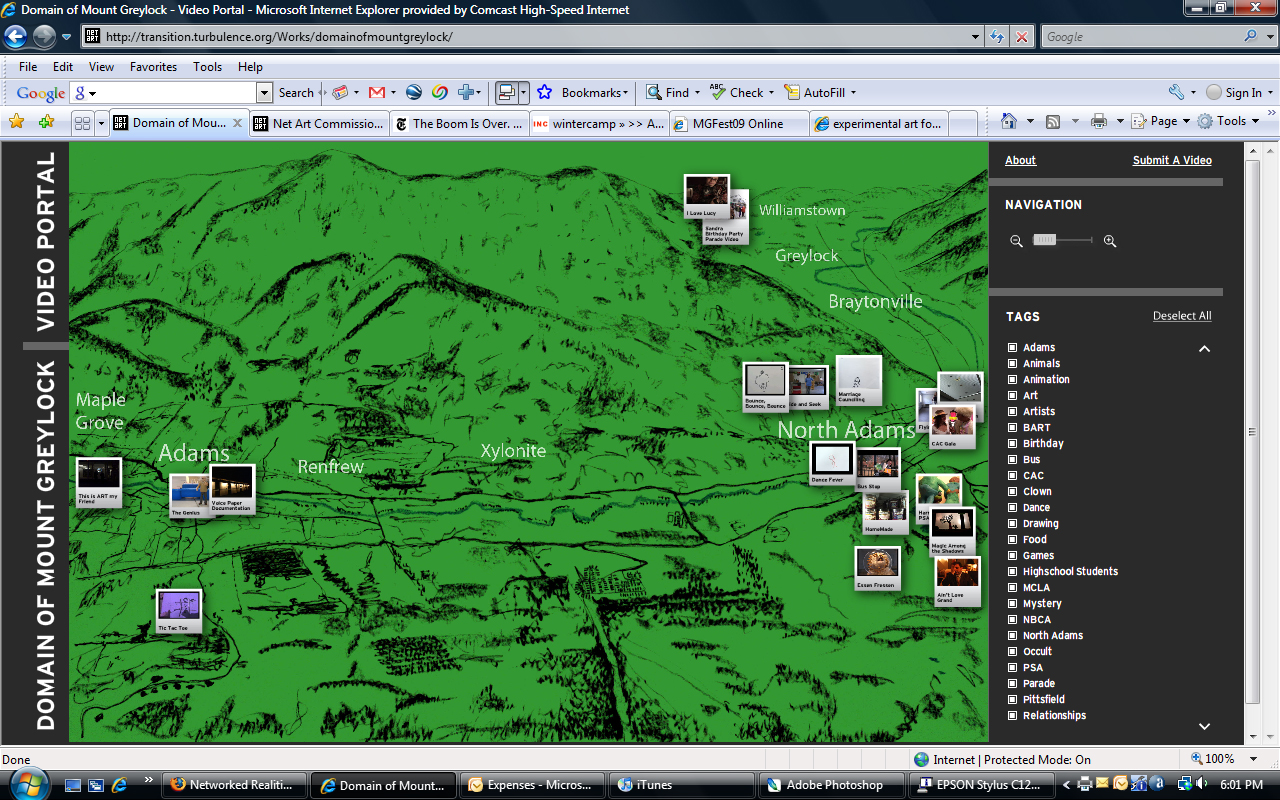 Adams and North Adams sit at the base of Mount Greylock, the highest point in Massachusetts. It is their unifying landmark and, according to local Indian legend, a spiritual beacon. A drawing of the landscape is used as the organizing structure for a series of embedded video clips. Seeded with videos by the artist, the domain is now open to everyone (artists, citizens, kids). Submissions should be relatively short and can be video art, documentary, animation, personal stories related to place, family histories, short film, experimental, or anything else. A united portrait of the towns, their people, and their history will be created by many voices contributing to the domain.

Domain of Mount Greylock-Video Portal” is part of “Networked Realities: (Re)Connecting the Adamses” (http://turbulence.org/networkedrealities) – a collaboration between Greylock Arts, Turbulence.org and MCLA Gallery51- which includes four commissioned works housed in the Department of Public Works at www.newadams.es.

This piece no longer functions.