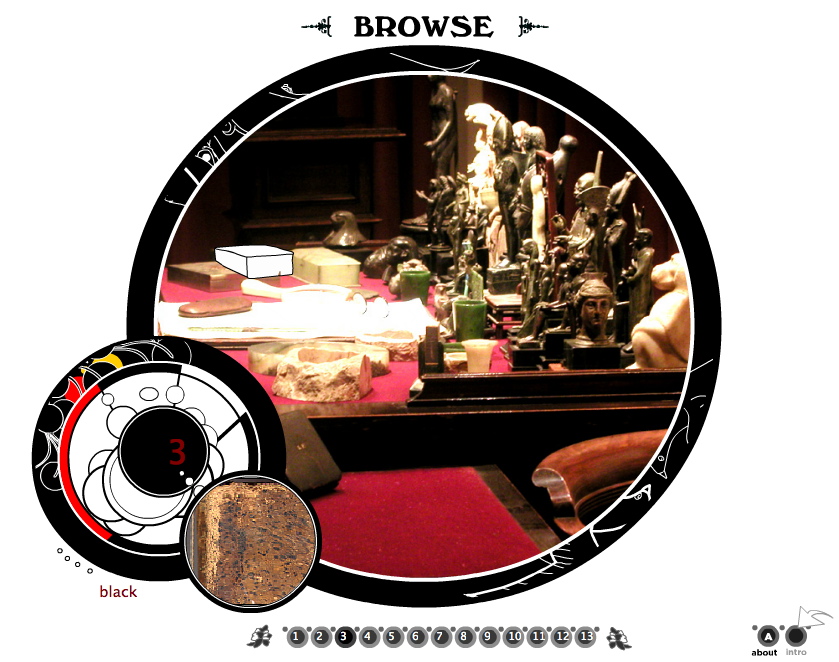 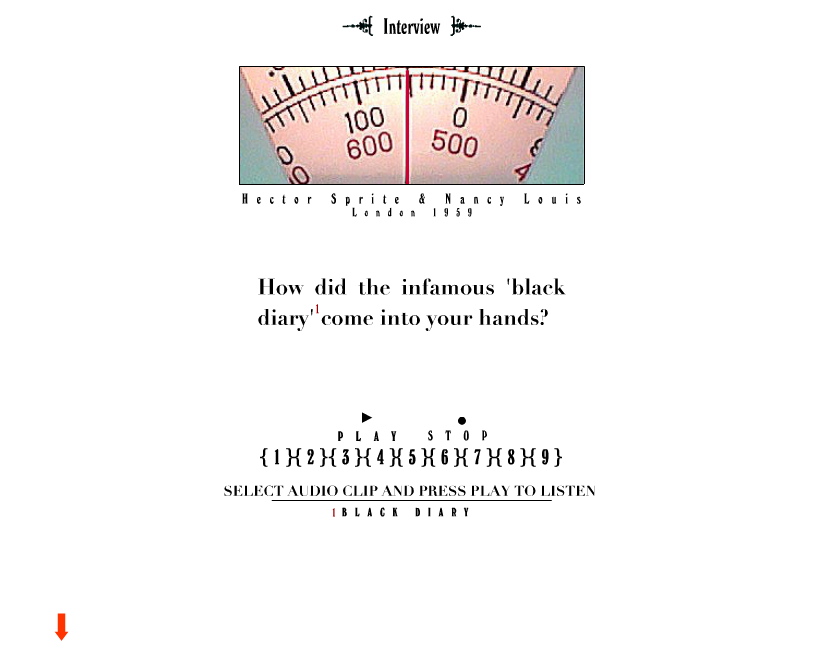 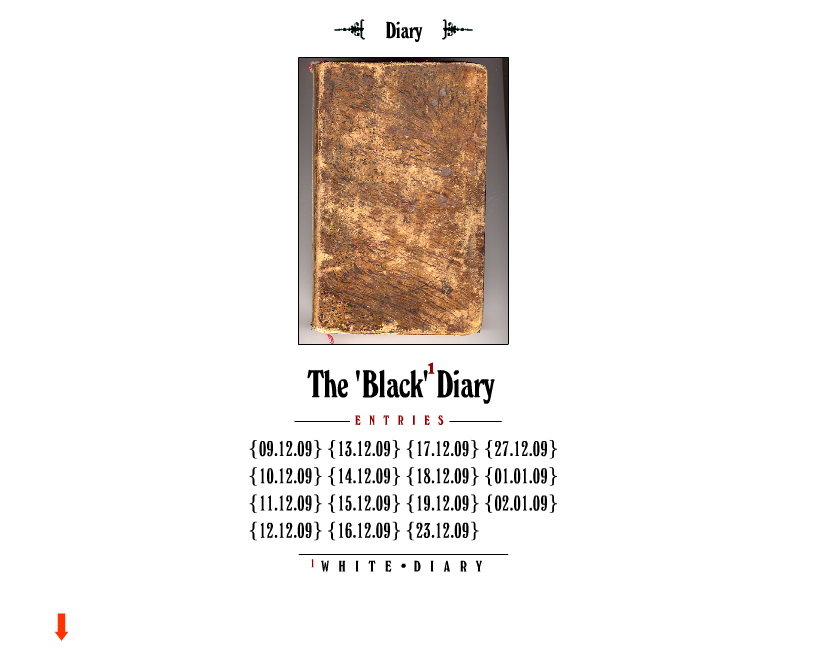 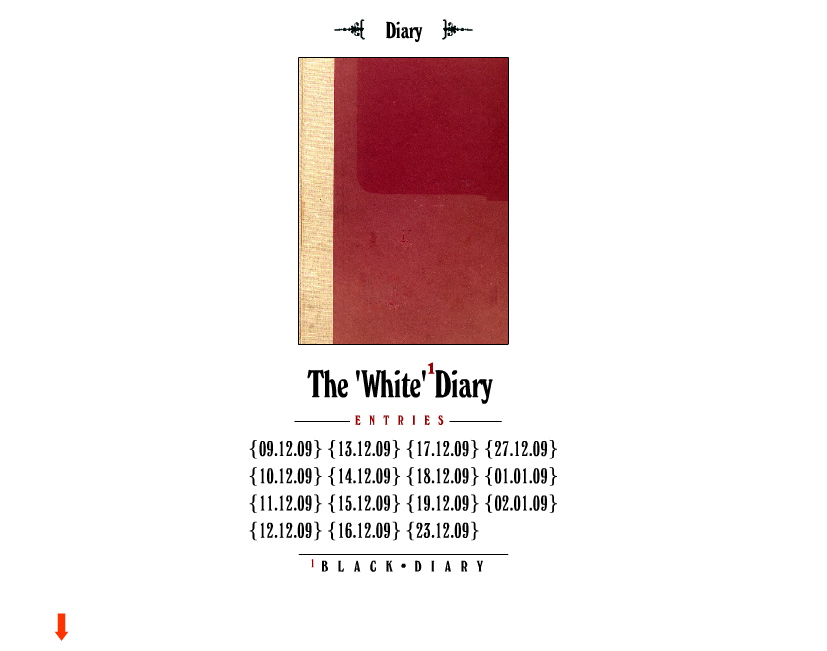 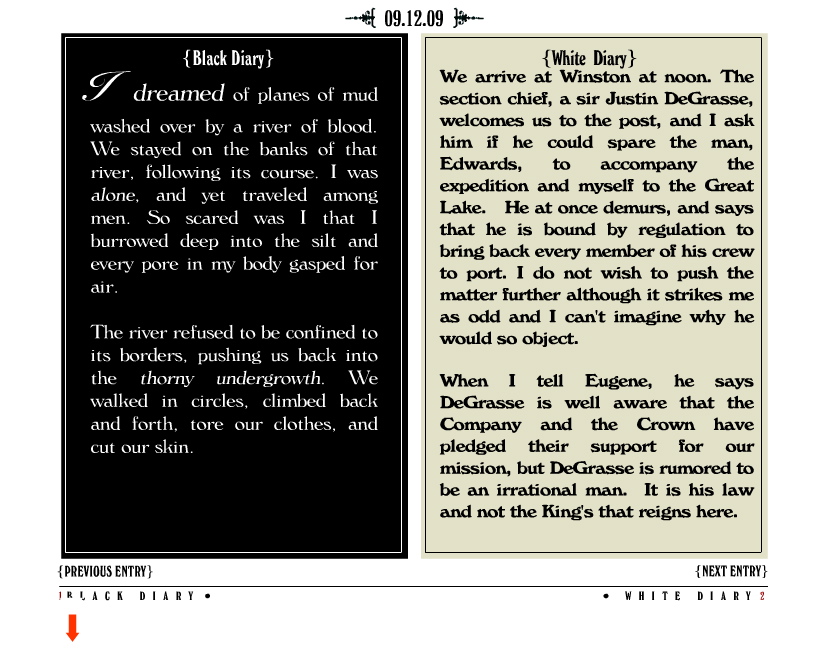 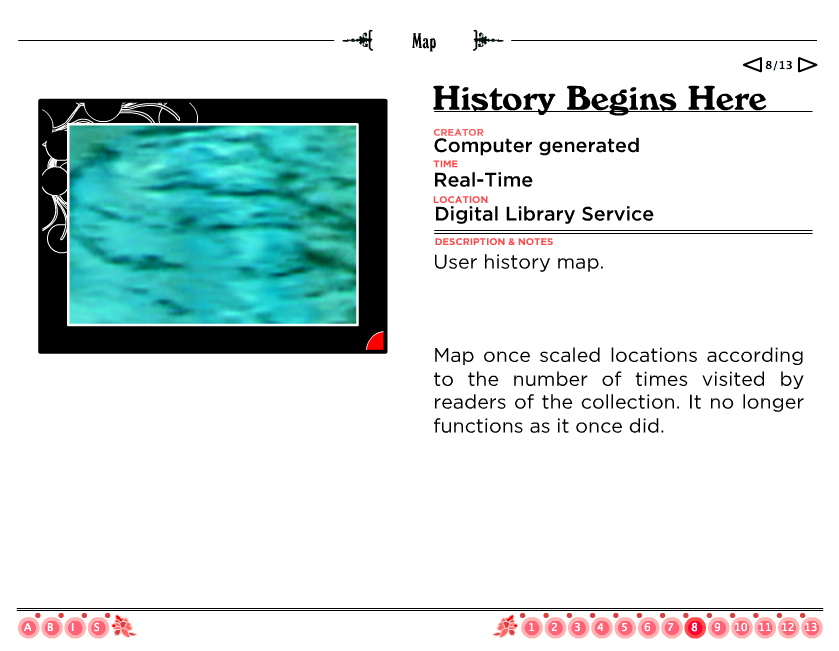 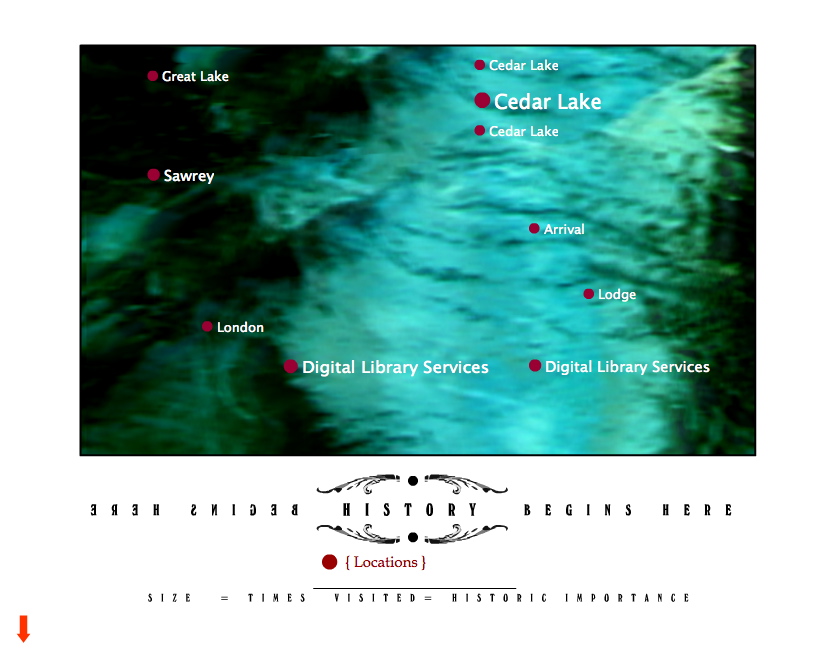 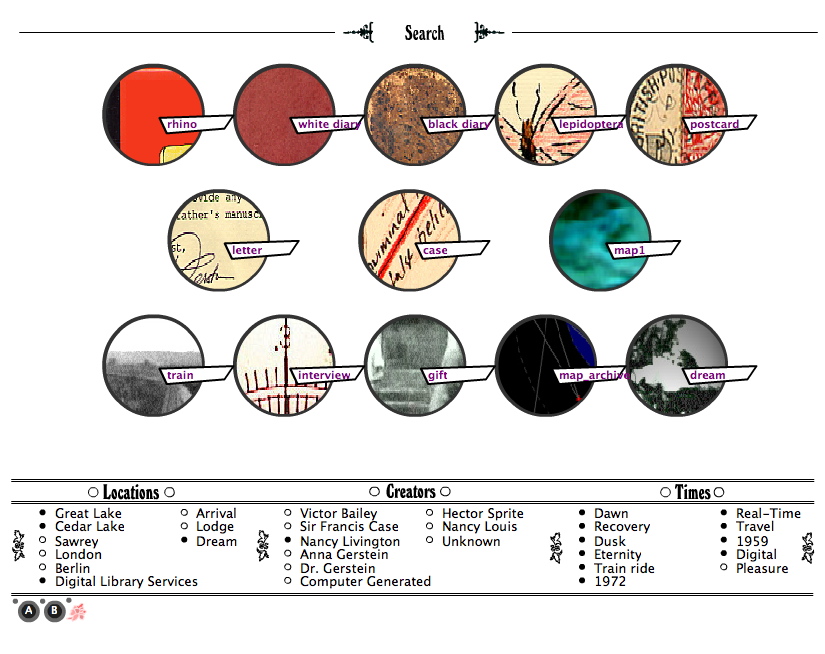 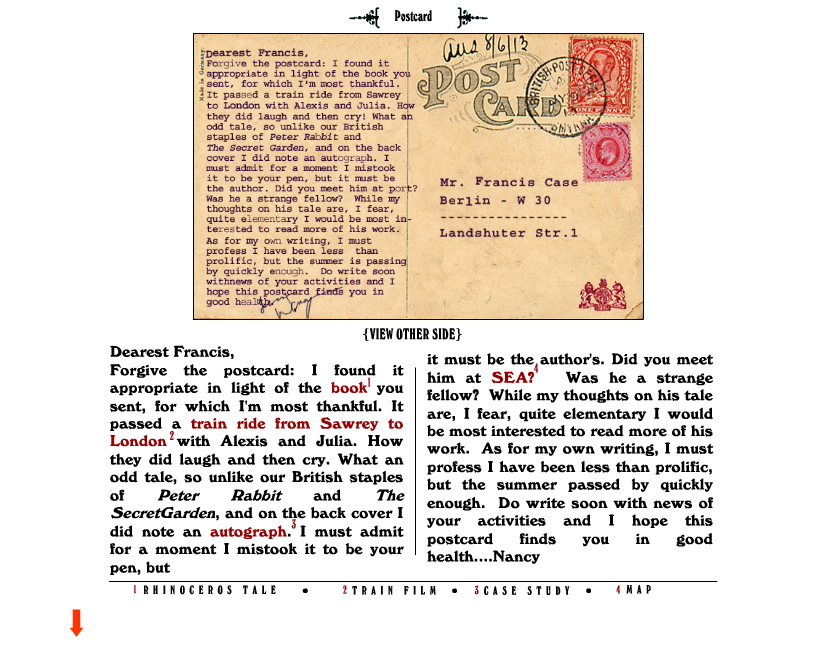 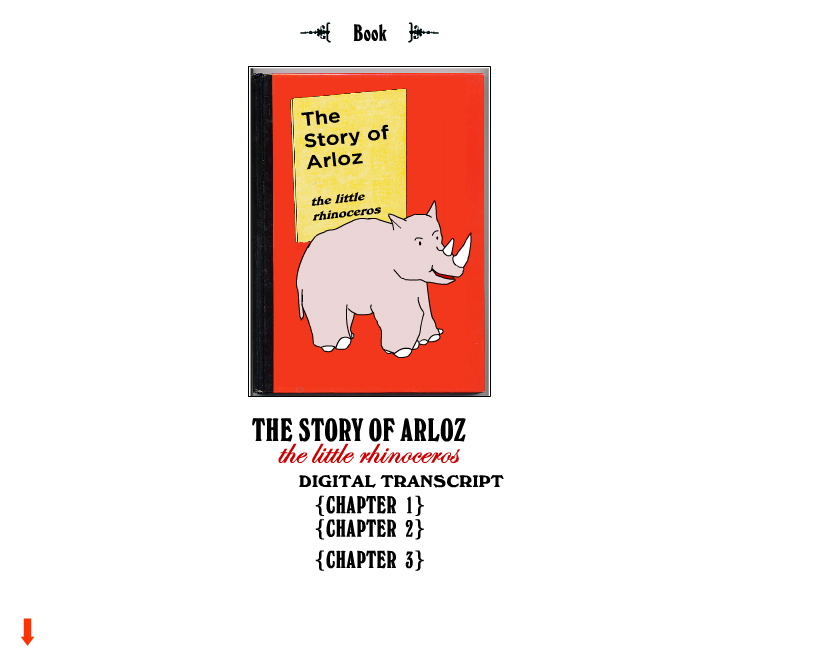 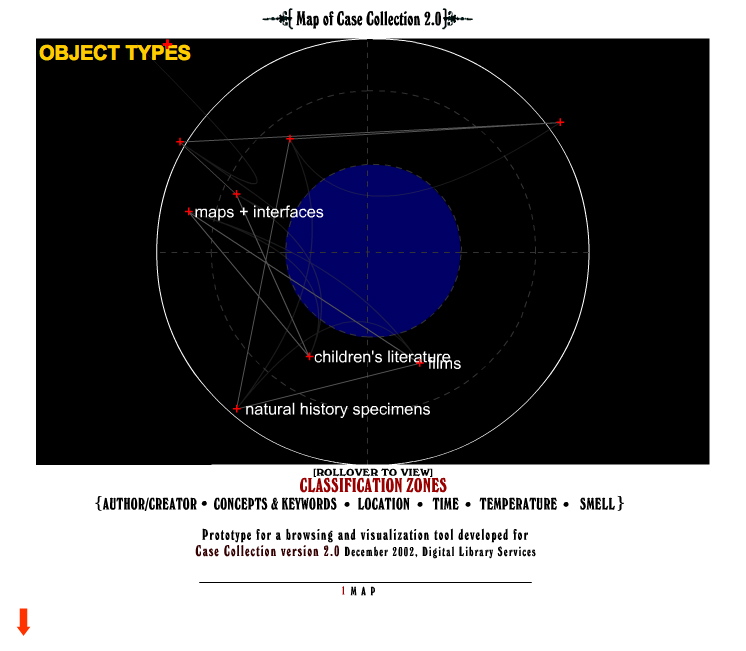 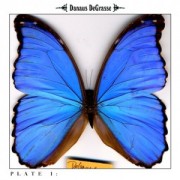 Digital Nature: The Case Collection is a literary work that explores the legacy of colonialism and genocide in an unnamed African country. Part literature, part history, it produces a new type of electronic literary form. The work is comprised of an archive of digital artifacts which includes a fictional early 20th century explorer’s diary, an animated children’s book, and a series of documentary films and sound recordings. These artifacts can be accessed through a number of interfaces. By design, Digital Nature: The Case Collection is non-linear and open ended in structure. The work invites readers to select different artifacts from an archive. Each artifact presents fragmentary evidence of an event and its aftermath. A story about witnessing and desire emerges through the discovery of gaps, silences, and erasures in the contrasting accounts present in the digital archive.

This Flash work has been emulated with Conifer by the Electronic Literature Lab in June 2021. To view this emulation click here.

Flash Player required. Sound on. Commenting is no longer possible.

Version 3.0 includes a browse interface and numerous multimedia artifacts. There is a search function that allows users to access the artifacts according to numerous meta data which includes time, location, temperature, and theme. There is also an interactive map that shows readers the artifacts they have viewed and the sequence in which they viewed them. The map presents locations as a function of the time the reader has spent visiting them. The original Java-based version had a section for user comments for each artifact , but the archival Adobe Flash version does not. The reader’s comments on different artifacts in the original version have been lost. – Tal Halpern, 2011

Narrating with New Media: What Happened with What has Happened? | Belén Gache | 3 X 3- New Media Fix(es) on Turbulence

The Many Balls of Sports – HyperFiction 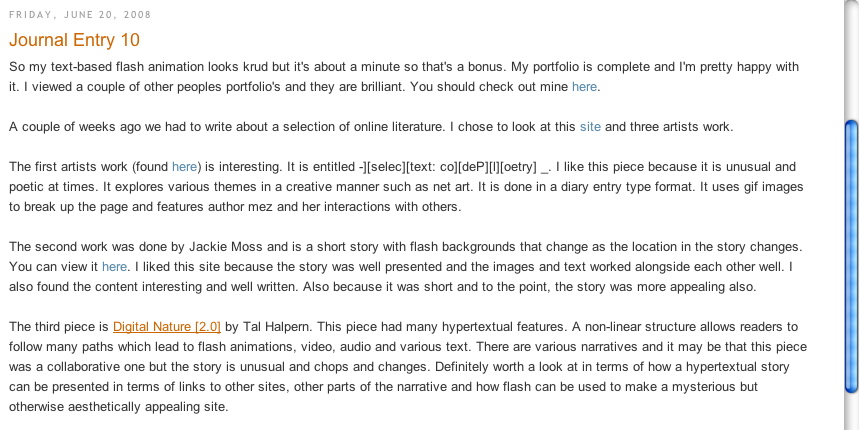