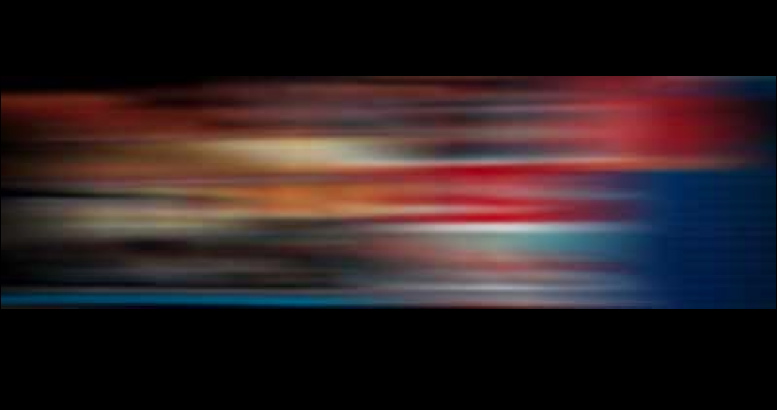 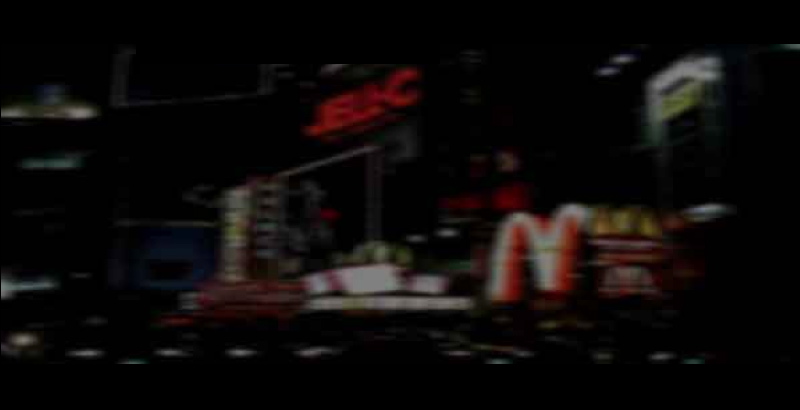 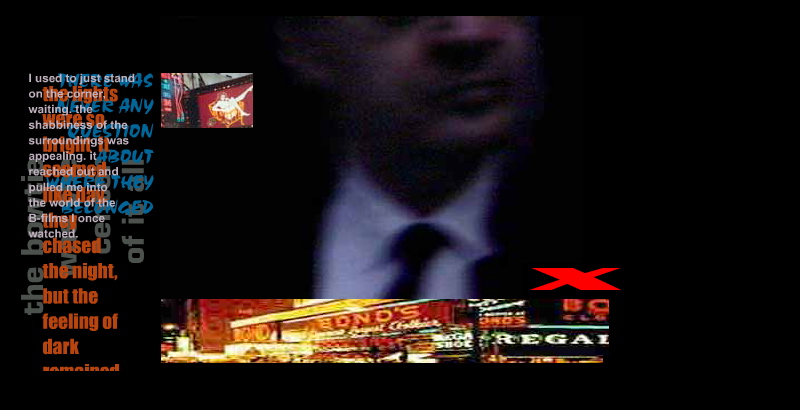 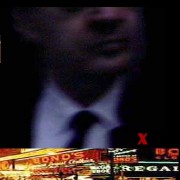 Film genre and the icons of the Times Square/42nd Street landscape converge in an exploration of the capacity of film to shape our sense of place. Crossroads creates a layered narrative space in which familiar elements of film and advertising culture are remixed in a series of pseudo films that blend personal myth and public space.

Opitmized for Firefox. Flash and Quicktime players. Sound on.