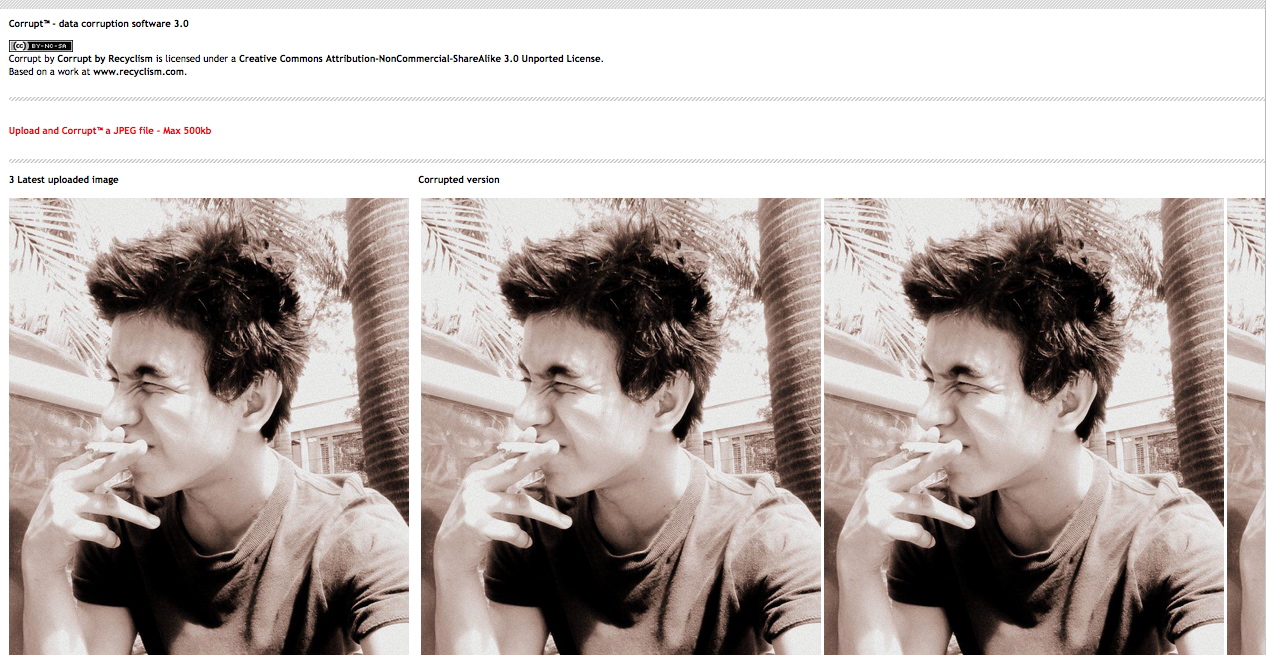 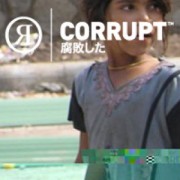 Corrupt™ was originally built with Proce55ing. This PHP version has been realised in collaboration with BlueMelon. The corruption process starts by reading the binary of an image file [JPG or GIF]; then some bytes are randomly swapped. The file is then “saved as” a new document. Depending on the number of replacements and the original compression, the image will have a completely different and unpredictable aesthetics. Thus, from a single image the program can generate millions of corrupted versions. And because it is a real corruption system that damages the binaries of a file, some of the results can’t be showed because they are too damaged.