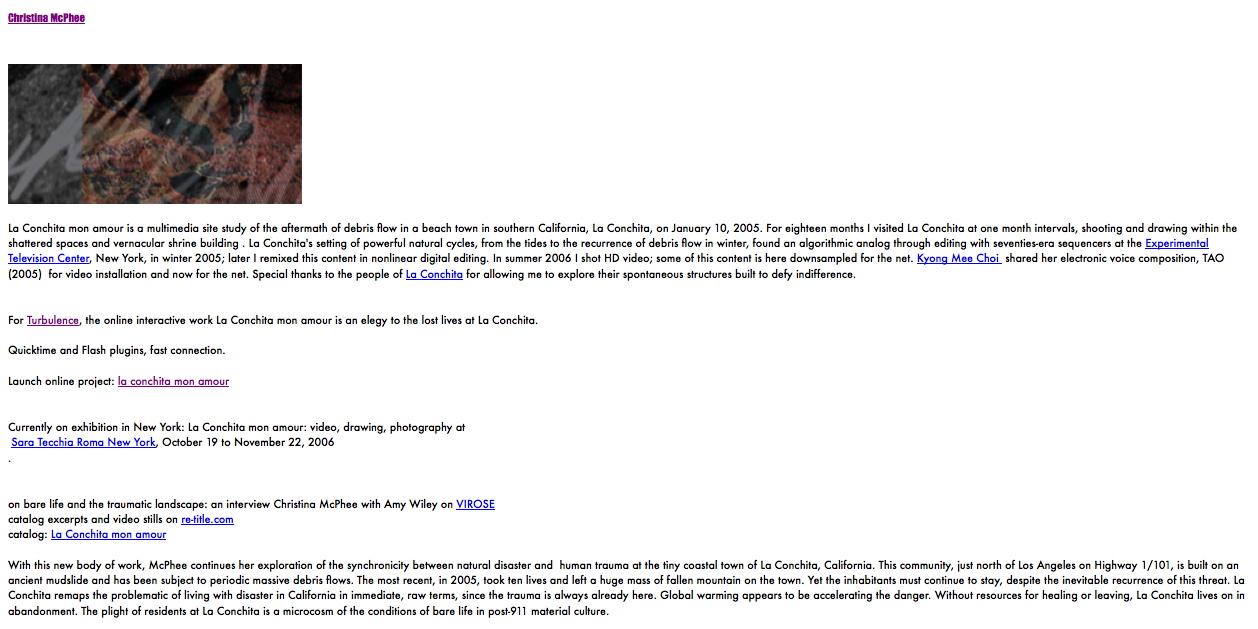 La Conchita mon amour is a multimedia site study of the aftermath of debris flow in La Conchita — a beach town in southern California — on January 10, 2005. For eighteen months McPhee visited La Conchita at one month intervals, shooting and drawing within the shattered spaces and vernacular shrine building. La Conchita’s setting of powerful natural cycles, from the tides to the recurrence of debris flow in winter, found an algorithmic analog through editing with seventies-era sequencers at the Experimental Television Center, New York, in winter 2005; later McPhee remixed this content in nonlinear digital editing. In summer 2006 she shot HD video; some of this content is downsampled for the net. Kyong Mee Choi shared her electronic voice composition, “TAO” (2005), for the video installation and the net.

The Electronic Literature Lab could not preserve La Conchita mon amour with Ruffle or Conifer in July 2021. We plan to pursue other methods in the future.