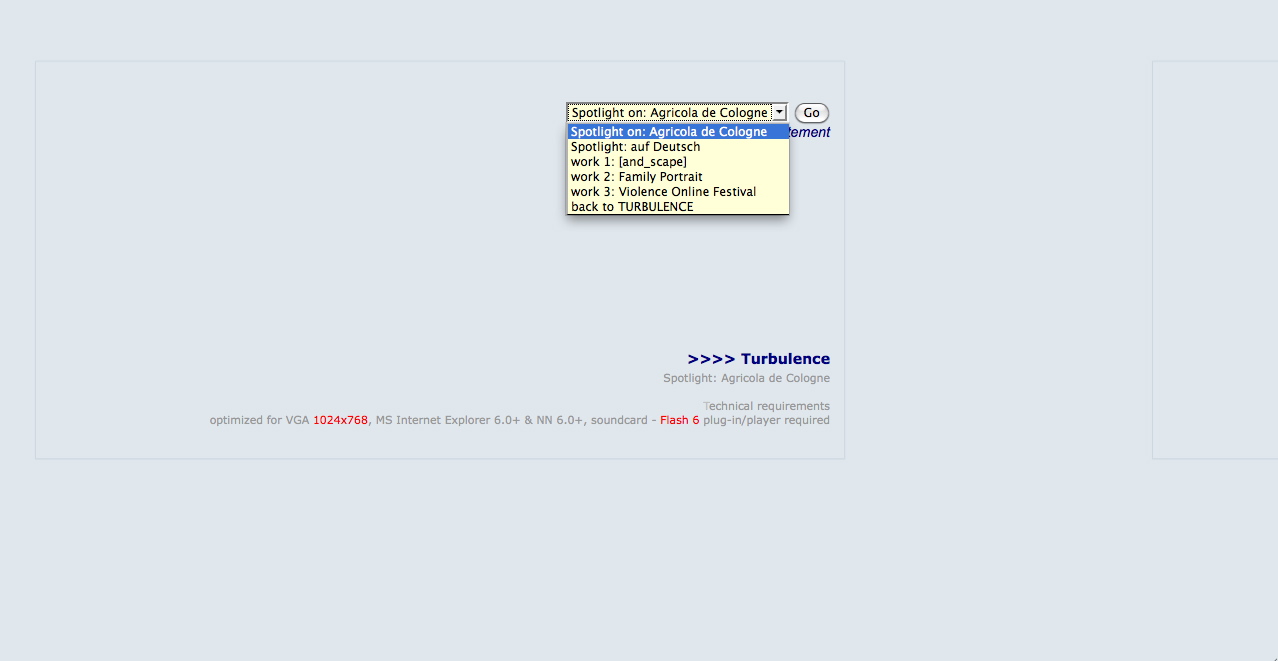 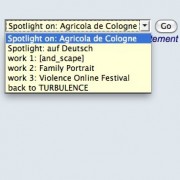 As the artist’s brand, the very name Agricola de Cologne points to his ambitions and intensions, that is, his ‘program’. Based on the real family name Agricola, which stands for humanism and humanity, and the combination of art and humanism [in Renaissance times there were several humanists, philosophers, painters named “Agricola”], it also symbolizes his connection to Greek philosophy: in school he learned the ancient languages — Greek and Latin — that the Renaissance was based on.

The city of Cologne stands for the city of art and culture (based on a history of 2000 years, and founded by the Romans) and above all nowadays, the city of media: it is the place in Europe where the most television companies and a very important film industry are located. So, the brand “Agricola de Cologne” stands for awareness of history, humanity, new media and new ways of approaching art.

This mission penetrates Agricola’s art works which are currently net-based and incorporate strong multimedia, collaborative and networking components. The results are a universe of multifaceted sites and art projects incorporated in the “NewMediaArtprojectNetwork” founded and created by the artist: it is a complex construction challenging a variety of Agricola’s talents in different art related fields, media and disciplines. All three works spotlighted on Turbulence point to interactive aspects of Agricola’s net-based works.

An example of his smaller multimedia works, “[and_scape]” (2002) is based — like most of his individual works—on Agricola’s specific language of  “Simultaneous Associative Media Art Composing.” In short, this associative working system uses and develops a variety of different media simultaneously: in this case, programming, image, voice, sound, music, and words/text. The work was inspired by texts of the Chernobyl survivor Liubov Sirota. More of his smaller individual works can be found collected at Agricola de Cologne Moving Picture Collection (please use the homepage URL below).

A consequent future development is represented by the creation of art works consisting of an ongoing network of artworks, artists, curators, institutions and organisations: “Family Portrait” (2001), a collaborative documentary focuses on the three female members of the Partnoy Family, all of them active as artists in different disciplines, who escaped from the so-called Argentine Holocaust, persecution and imprisonment. Conceptually, “Violence” (2002-2003) is the most complex of the projects: it represents the ongoing New Media art work developed, organized, and curated by Agricola as an online festival.

More than 200 artists from 30 countries reflect on the phenomenon of violence. Their works are embedded in the dynamic environment of a virtual media company, “Violence Media Incorporated.” The project will be presented in virtual and physical exhibitions and festivals. For each new presentation a new project version is created featuring new artists’ contributions and a variety of major changes. To see the most current project version visit the project site. Violence Online Festival received the “Special Prize of the Organisation Committee of Computer Space Festival 2002” Sofia (Bulgaria).