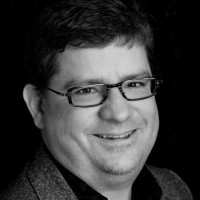 Steve Dietz is a serial platform creator. He is the Founder, President, and Artistic Director of Northern Lights.mn. He was the Founding Director of the 01SJ Biennial in 2006 and served as Artistic Director again in 2008 and 2010. He is the former Curator of New Media at the Walker Art Center in Minneapolis, Minnesota, where he founded the New Media Initiatives department in 1996, the online art Gallery 9 and digital art study collection. He also co-founded, with the Minneapolis Institute of Arts the award-winning educational site ArtsConnectEd, and the artist community site mnartists.org with the McKnight Foundation. Dietz founded one of the earliest, museum-based, independent new media programs at the Smithsonian American Art Museum in 1992.

Dietz has organized and curated numerous contemporary and new media art exhibitions, including Beyond Interface: net art and Art on the Net (1998); Shock of the View: Artists, Audiences, and Museums in the Digital Age (1999); Digital Documentary: The Need to Know and the Urge to Show (1999); Cybermuseology for the Museo de Monterrey (1999); Art Entertainment Network (2000); Outsourcing Control? The Audience As Artist for the Open Source Lounge at Medi@terra (2000)… He has taught about curating and digital art at California College of the Arts, Carleton College, the University of Minnesota, and the Minneapolis College of Art and Design.