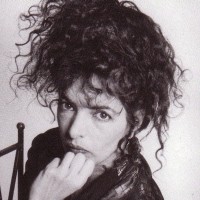 Shelley Hirsch is a composer/vocalist/story-teller whose work for stage, concert, record, film and radio have been seen and heard internationally. Among her staged musical pieces are the autobiographical multimedia musical, O LITTLE TOWN OF EAST NEW YORK; CELEBRATION OF THE OBVIOUS; and her most recent, “THE PASSIONS OF NATASHA, NANNETTE, NINA and NORMA, a collaboration with visual artist Barbara Bloom. Hirsch has also presented her work at music venues throughout the U.S., including Symphony Space, (New York); LACE (Los Angeles); CCA (Santa Fe); and Telluride Opera House (Colorado); and at dozens of new music festivals in the U.S., Canada and Europe.

Hirsch is the recipient of a New York Foundation for the Arts Fellowship for Emergent Forms, an NEA New Forms Interarts grant, and commissions from the Mary Flagler Cary Charitable Trust (music for theater), NYSCA (electronic music) and three from New Radio and Performing Arts. A radio version of O LITTLE TOWN… produced for New American Radio received the International Prix Futura Award. Hirsch can be heard on over 25 CD’s including SINGING, her record of solo and duos; HAIKU LINGO, a duo CD/LP with keyboardist, David Weinstein, who also collaborated on the music for O LITTLE TOWN OF EAST NEW YORK, which will be released as a CD on John Zorn’s Label. In 1997, STATES, a compilation of her improvisations was released on the TELLUS CD label.