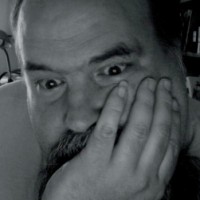 Paul W. Marino is the Program Director of Northern Berkshire Community Television Corporation (NBCTC); by avocation, he is also a local historian, a writer and a photographer.  Guess which one he thinks is most significant?

A lifelong resident of North Adams, with a vast knowledge of local history, based on more than a decade of research, Paul is known for his Cemetery Walks and local history tours. In 2010, he began leading historical trolley tours of North Adams.  In addition, Paul has collaborated on diverse projects with the North Adams and Berkshire County Historical Societies, the Friends of the Mohawk Theater, the North Adams Public Library and Pittsfield Community Television.  He has written historical essays and produced several documentaries for local cable access television, including an award-winning local history series for children, titled “HistoryWorks.”  Since 2009, he has been a member of the North Adams Historical Commission.

A virtual “walking encyclopedia” of local history, Paul is famous for his historical tours, which include Main Street, Church Street, Center Street, Veazie Street and Hillside and Southview Cemeteries.  Paul conducts his tours with fine senses of both showmanship and humor, pointing out not only what there is to see, but also what used to be on a site, backing up what he says with photographs, drawings and maps.

In addition to his work as a historian, Paul does numerous other things, too.  He was a member of the creative team that organized the “Haunted Milne Library” in Williamstown, and wrote and directed the children’s tour, introducing them to several child-friendly literary ghosts.  He writes plays, and has directed them for several years at Abbott School in Florida, MA, where he also consults on historical and literary projects.

Paul is an accomplished photographer, and enjoys finding odd things that look like something else, and picking out details that most people would miss, as well as recording interesting places he has visited (especially cemeteries).  Many of his recent photos have found their way into backgrounds that he posts on the NBCTC video bulletin board.  One of Paul’s favorite avocations is writing fiction.  He writes on many subjects, as you can see by exploring his Fiction pages.  He often writes Science Fiction, though he prefers to avoid tying himself down to specific genres, being of the humble opinion that good writing makes good reading, no matter what the genre.  Or, to paraphrase Count Basie, “If it reads good, it is good.”