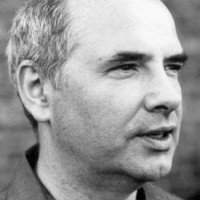 Marek Walczak is an artist and architect who is interested in how people participate in physical and virtual spaces. This has led to digital tools and interactive projects such as “Apartment” which was shown at the Whitney Museum and many venues worldwide. “Dialog Table” has recently been completed for the Walker Art Center, it is a shared interface that replaces a keyboard and mouse with gesture recognition technology. Current projects bridge physical installations with user interaction, including a one block long facade at “7 World Trade Center” that reacts to pedestrians walking beneath it (for James Carpenter Design) and video installations that activate physical space based on user engagement such as Third Person, recently shown at the ICA, London.