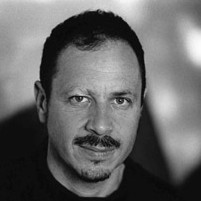 Lindsay Vickery is active as a composer and performer across Europe, the USA and Asia. Vickery’s music includes works for acoustic and electronic instruments in interactive-electronic, improvised or fully notated settings, ranging from solo pieces to opera. Vickery is also a highly regarded performer on reed instruments and electronics, touring as a soloist and with ensembles throughout the world. Vickery has been commissioned by numerous groups described as ‘truly an original voice and his work is one of sustained intensity that resonates in the mind long after the performance is over’ and a ‘master of technological wizardry’ The Australian and always intriguing ‘ The Wire.

He was a founding member of Alea New Music Ensemble (1987-92), Magnetic Pig (1992-), GRIT (2001-), US-based multimedia group SQUINT (2002-) and most recently HEDKIKR (2002-) and has been a visiting artist at STEIM (NLD), HarvestWorks (NY), the MATA festival (NY), CEMI (U of NorthernTexas), University of Illinois, Kyoto Seika University, San Diego State University, the DC International Dance and Improv Festival and RPI (Troy). He is a lecturer at the WAAPA@ECU in Perth, holds an M.Mus degree from the University of Western Australia and is currently completing a PhD at the Queensland University of Technology.