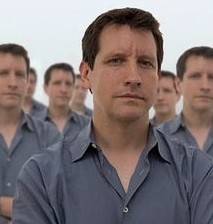 Kazys Varnelis is the Director of the Network Architecture Lab at the Columbia University Graduate School of Architecture, Planning, and Preservation. In addition to directing the Netlab and conducting research, he is on the architecture faculty at Columbia and teaches studios and seminars in history, theory, and research. Varnelis is a co-founder of the conceptual architecture/media group AUDC, which published Blue Monday: Absurd Realities and Natural Histories in 2007 and has exhibited widely in places such as High Desert Test Sites. He is editor of the Infrastructural City. Networked Ecologies in Los Angeles, Networked Publics and The Philip Johnson Tapes: Interviews with Robert A. M. Stern, all published in 2008. He has also worked with the Center for Land Use Interpretation, for which he produced the pamphlet Points of Interest in the Owens Valley. He received his Ph.D. in the history of architecture and urban development from Cornell University in 1994, where he completed his dissertation on the role of the spectacle in the production of form and persona in the architecture of the 1970s.

In 2004, he was awarded a prestigious year-long appointment as senior researcher at the Annenberg Center for Communications at the University of Southern California where he examined the impact of telecommunications and digital technology on urbanism and architecture and directed a team of thirteen scholars looking at how new and maturing networking technologies are reconfiguring the ways by which we interact with content, media sources, other individuals and groups, and the world that surrounds us. His current book project is The Meaning of Network Culture: A History of the Contemporary.