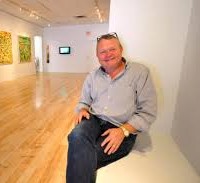 Prior to joining Urban Bush Women, Jonathan Secor was founder/director of the Massachusetts College of Liberal Arts Berkshire Cultural Resource Center, where he has oversaw the creation of multiple programs including Gallery 51, Tricks of the Trade, DownStreet Art, MCLA Presents!, BerkshireArtStart.org and the Berkshire Hills Internship Program (B-HIP).

Jonathan was Artistic Director for the Mahaiwe Performing Arts Center in Great Barrington, MA where he programmed over forty productions for their 2005-2007 seasons, and oversaw the re-opening of this historic theater.

From it’s opening until 2005 Jonathan served as the Director of Performing Arts at MASS MoCA, North Adams, MA where he was responsible for the oversight of budget, staffing, and programming of 60-75 annual events.

Jonathan’s production company, Secor Productions, has produced concerts, dance, theater, large-scale site-specific performances, industrials, events and happenings, as well as serving as a design consultant. Secor Productions served as the consulting firm for the design, construction, and outfitting of the performing art spaces at the MASS MoCA.

Jonathan was General Manager for 651 ARTS in Brooklyn, NY. From the mid 1980’s until the mid 1990’s Jonathan worked as a production manager throughout the United States and Europe. Jonathan started his career as a stage manager in 1979 and has stage-managed hundreds of productions for Broadway, regional theater, opera, dance, film and television.

Jonathan has taught undergraduate/graduate courses in management at the Yale School of Drama SUNY Purchase, and the Massachusetts College of Liberal Arts.