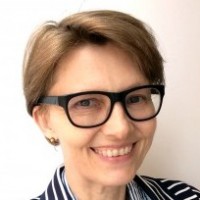 Johanna Kindvall is an architect with a background in social work. She grew up in South Sweden and is now living in New York. After her degree in social studies she worked for seven years mostly with drug addicts and the mentally ill. At the same time she also worked with sculpture and art installations. For her architecture is a way to combine art with social issues. Johanna’s work is often about the relationship between spaces and people, movement and behavior. In May 2003 Johanna got a grant from the Arts Grants Committee in Sweden to work with Marek Walczak in New York City on spaces and digital interaction. Currently Johanna is working for James Carpenter Design in New York. In her spare time she is also working on the Hudson Park Project.