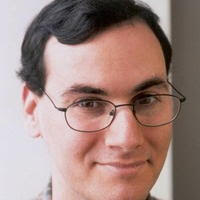 Jason Freeman is an Associate Professor of Music in the College of Architecture at Georgia Tech. As a composer and computer musician, Freeman uses technology to create collaborative musical experiences in live concert performances and in online musical environments, utilizing his research in mobile music, dynamic music notation, and networked music to develop new interfaces for collaborative creativity. His music has been presented at major festivals and venues, including the Adrienne Arsht Center (Miami), Carnegie Hall (New York), the Lincoln Center Festival (New York), Transmediale (Berlin), and Sonar (Barcelona), and it has been covered in the New York Times, on National Public Radio, and in Wired and Billboard. Freeman received his B.A. in music from Yale University and his M.A. and D.M.A. in composition from Columbia University.