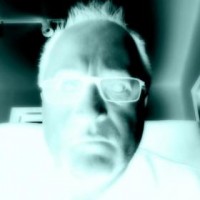 Erik Belgum is a writer of experiential fiction and an audio artist. His fiction has been published in many literary journals, among them Chicago Review, Black Ice, and Caliban. Belgum’s literary/audio/ soundtext works have been played throughout the United States, in concert, on radio, and on the CD audio magazine, Aerial. In 1994, he curated a concert of spoken word performance at the Walker Art Center. His international residencies include STEIM in Amsterdam, The Netherlands, and the Banff Center for the Arts in Banff, Alberta, Canada