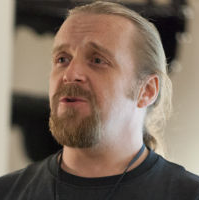 Drew Baker is a Senior Research Fellow within the Centre for Computing in the Humanities, King’s College London. One of the founding members of King’s Visualisation Lab, he has worked in the field of archaeological 3D visualization and interpretation for over ten years. His specialization is in the area of 3D modeling – specifically interactive web-based environments and constructs. Drew’s primary interest in deploying 3D and advanced technologies within cultural practice is to transform spectators into active participants though the utilization of virtual worlds and artifacts. He is currently concluding a two year AHRC-funded project exploring the process of cognitive modeling in 3D environments and how visualization methodologies can be recorded and understood.