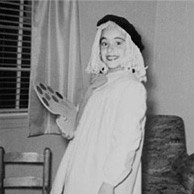 Diane Bertolo works with pixels, paper, sticks and stones to create clocks and calendars that mix chaos with logic as they mark the passage of time; to make small poetic objects that celebrate the “everyday” and to ask questions that are unspeakable in our first language. Her work has been shown in many exhibitions over the years including “Wish You Were Here: The Buffalo Avant Garde of the 70s” at the Albright-Knox Art Gallery in Buffalo, NY, “today.getDate()” at the Burchfield-Penny Art Center, “Some Assembly Required: Collage Culture in Postwar America” at the Everson Museum and “Telematic Connection: The Virtual Embrace” at the San Francisco Art Institute among many others.

In addition, her work has been shown in numerous media festivals including the “Mostra de Video Independent” in Barcelona, Spain and the “LA Freewaves Festival” at MOCA in Los Angeles. Fellowships and awards include The New York Foundation for the Arts (Emerging Forms for Digital Art), 1995 and for Computer Art in 2001, The Jerome Foundation and Greenwall Foundation (via Turbulence.org), 1997 and 1999, and The National Endowment for the Arts, 1985.