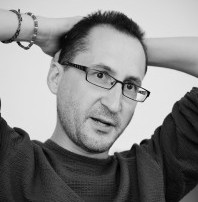 Salter studied economics and philosophy at Emory University and received his Ph.D. in  theater  directing and criticism with a second concentration in computer-generated sound at Stanford University where he worked with former Brecht assistant Carl Weber as well as pioneers of digital synthesis John Chowning, Max Matthews and Chris Chafe at the Center for Research in Computer Music and Acoustics (CCRMA).

He was visiting professor in music, graduate studies and digital media at Brown University and the Rhode Island School of Design (RISD) before joining Concordia University’s Faculty of Fine Arts in 2005. He was also Guest Professor at the KhM in Cologne in 2010 and Guest Faculty at the Masters program in Media Arts History. Institute für Bildwissenschaften. Donau University. Krems, Austria. October 2011. He was appointed Director of Hexagram-Concordia in 2011.