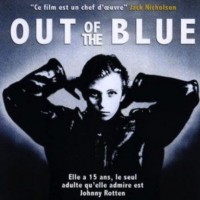 Brenda Nielson is a performance artist and writer. Her first feature film, Out of the Blue, directed by Dennis Hopper, enjoyed world-wide release and was selected for competition in the Cannes Film Festival. Her screenplay, Deadly Pursuit is in development, and The Revolting Mistress will be produced by Triptych Media, Toronto and has been invited for consideration by the Sundance Feature Film Lab. Nielson has worn several theatrical hats as writer, director, actor, choreographer, and songwriter. She has also collaborated with several music artists as lyricist and librettist, including including John Oswald of “Plunderphonics” fame. She co-directed diva Shelley Hirsch in her performance work and toured with her in Northern Europe. Nielson is a founding member of Manhattan Art Project (M.A.P) developing installation and performance projects, notably the well-received Corner Office (1994) in Wall Street.