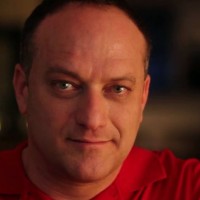 Asi Burak co-founded ImpactGames to influence society and promote change through interactive media. The company has developed the internationally acclaimed PeaceMaker video game that sold more than 100,000 copies in over 60 countries. Their current project, PlaytheNews, was publicly launched in Spring 2008 and already garnered interest from top-tier media partners. Asi has been interviewed by international media and is recognized as a thought-leader in this space. He and his partner Eric Brown are often asked to speak at conferences and institutions including The Sundance Film Festival, The Serious Games Summit, Games for Change, The Skoll Forum, Aspen Idea Festival, The US Army War College and many others. Prior to that, Asi was VP of Marketing at Axis Mobile, Art Director at Saatchi & Saatchi and a Captain in the Israeli Intelligence Corps. He holds a Masters of Entertainment Technology from Carnegie Mellon and a BA in Design from the Bezalel Academy in Jerusalem.