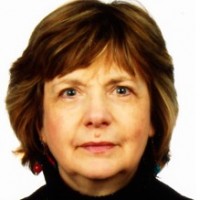 Annette Weintraub’s work is an investigation of architecture as visual language and the symbolism of space. Her projects integrate narrative elements within a variety of conceptual representations of space and examine the boundary between personal and public space and the social meanings of landscape.

Annette Weintraub was the recipient of a Silver Award in I.D. Magazine’s Interactive Media Review and her work has been cited in many publications, including: Aperture, Art in America, Artforum, ArtByte, Newsweek, The New Yorker, New York Magazine, The Boston Globe, Leonardo, and Intelligent Agent as well as many online citations including Arts@Large column in the New York Times online, CNN.com, NetArt Review, NYFA and Salon among others. She is Professor of Art and Director of The Robinson Center at The City College of New York, CUNY.