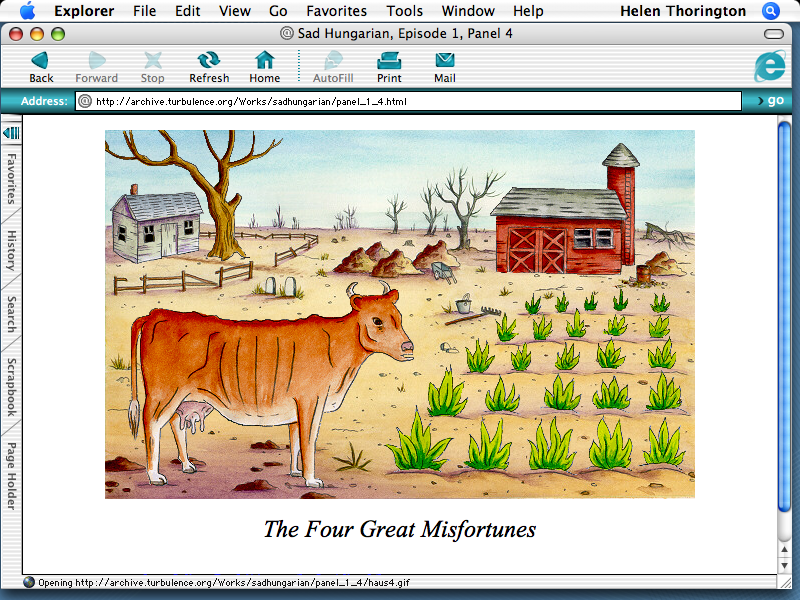 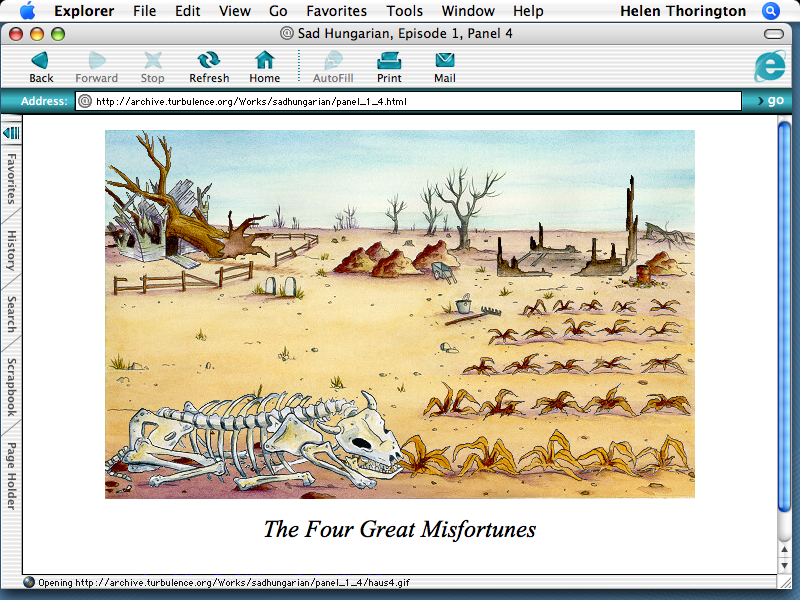 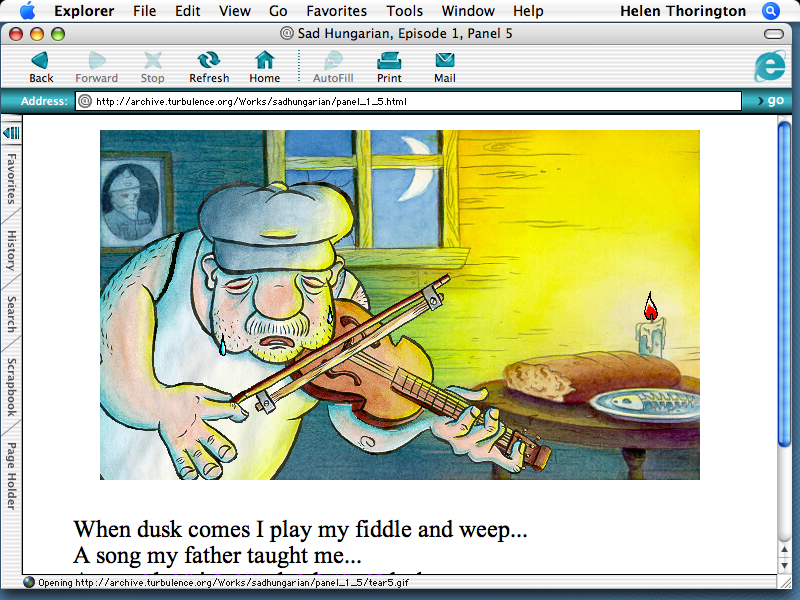 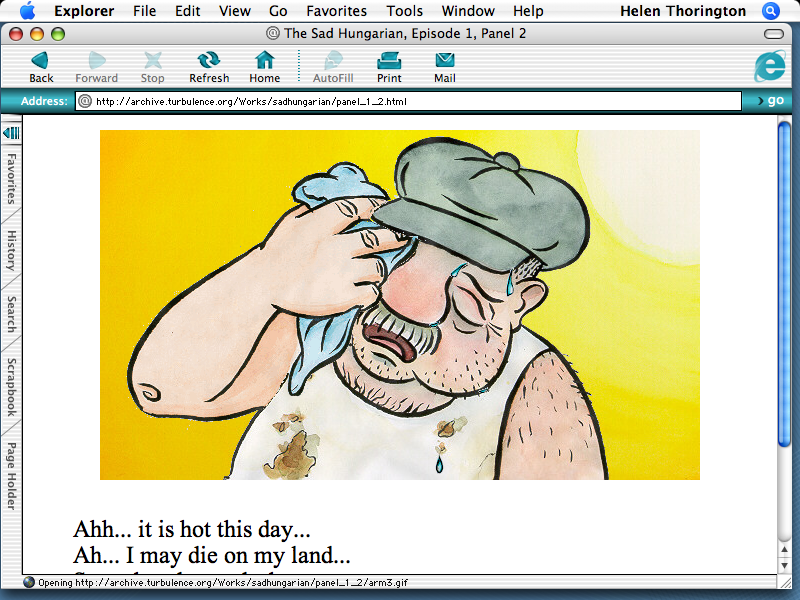 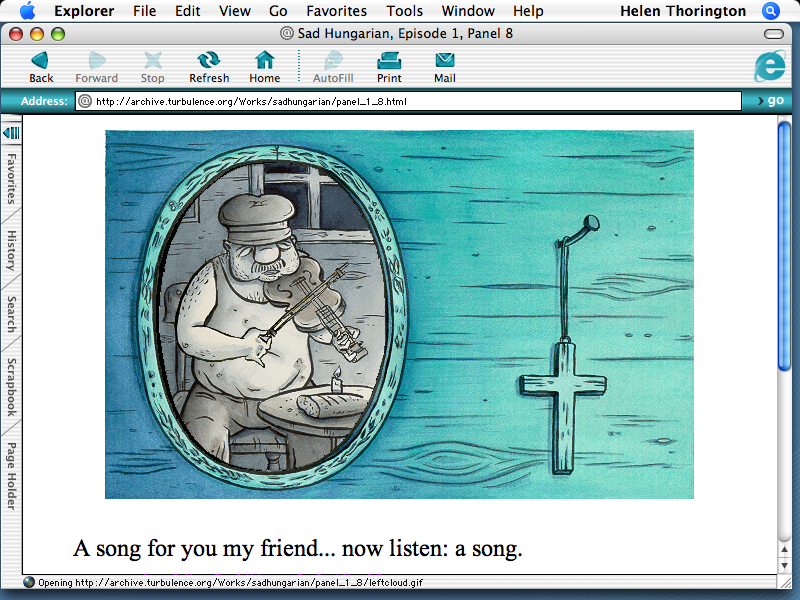 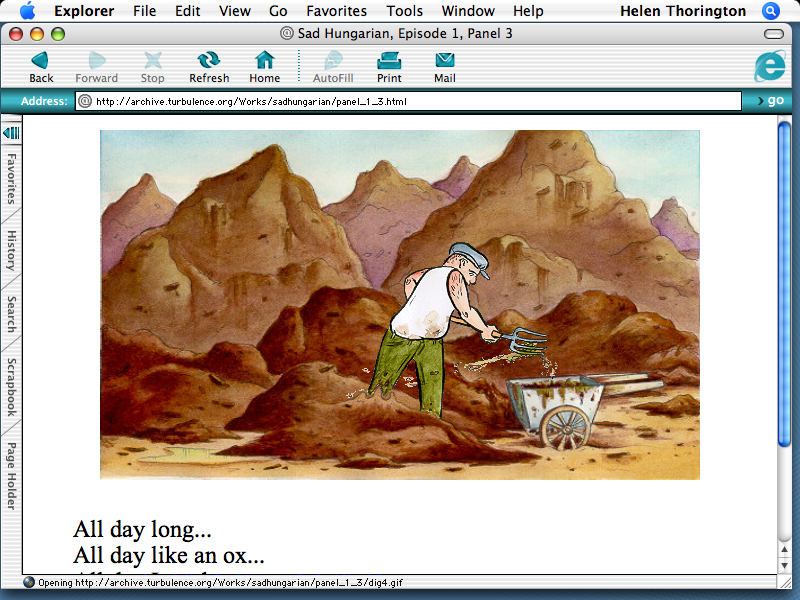 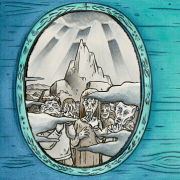 The Sad Hungarian was originally an illustrated, sequential comic book written by Nick Didkovsky and Tom Marsan. For this online version, Didkovsky wrote the software (Java Applet) and Marsan produced all of the visuals.

The Sad Hungarian transfigures cultural myths such as the Faust legend to tell its story, with dark humor and incisive commentary. The main character is like a Frankestein’s monster version of Charlie Brown, the perpetual loser, a comedic and tragic figure whose self-pity alternates with defiant hope that he can turn things around for himself and the world around him. The Hungarian lives in a world demons, time travel, prostitutes, abusive parents, famine, pestilence, and small-minded religion. This environment is exaggerated to funhouse-mirror proportions, an absurdist backdrop to the tragic-comedy that plays itself out before the reader.

At the center of the tale is the Faustian bargain the Sad Hungarian makes with the devil, giving him a second chance at preaching the virtues of Love and Brotherhood/Sisterhood on Earth. His bumbling efforts are thwarted by his own innocence. He is a character who may find an inner strength and succeed if he ever gets over his obsession with self-pity and self-loathing. Therein lies Hope.

While comic books are traditionally a strictly sequential medium, The Sad Hungarian’s use of time travel and geographic displacement lends itself well to an out-of-sequence rendering. We use the interactivity of the World Wide Web to explore such options in navigating through a tale.

For Mac OS, use Firefox. You’ll need to install a Java Applet Plug-in to interact with the work.