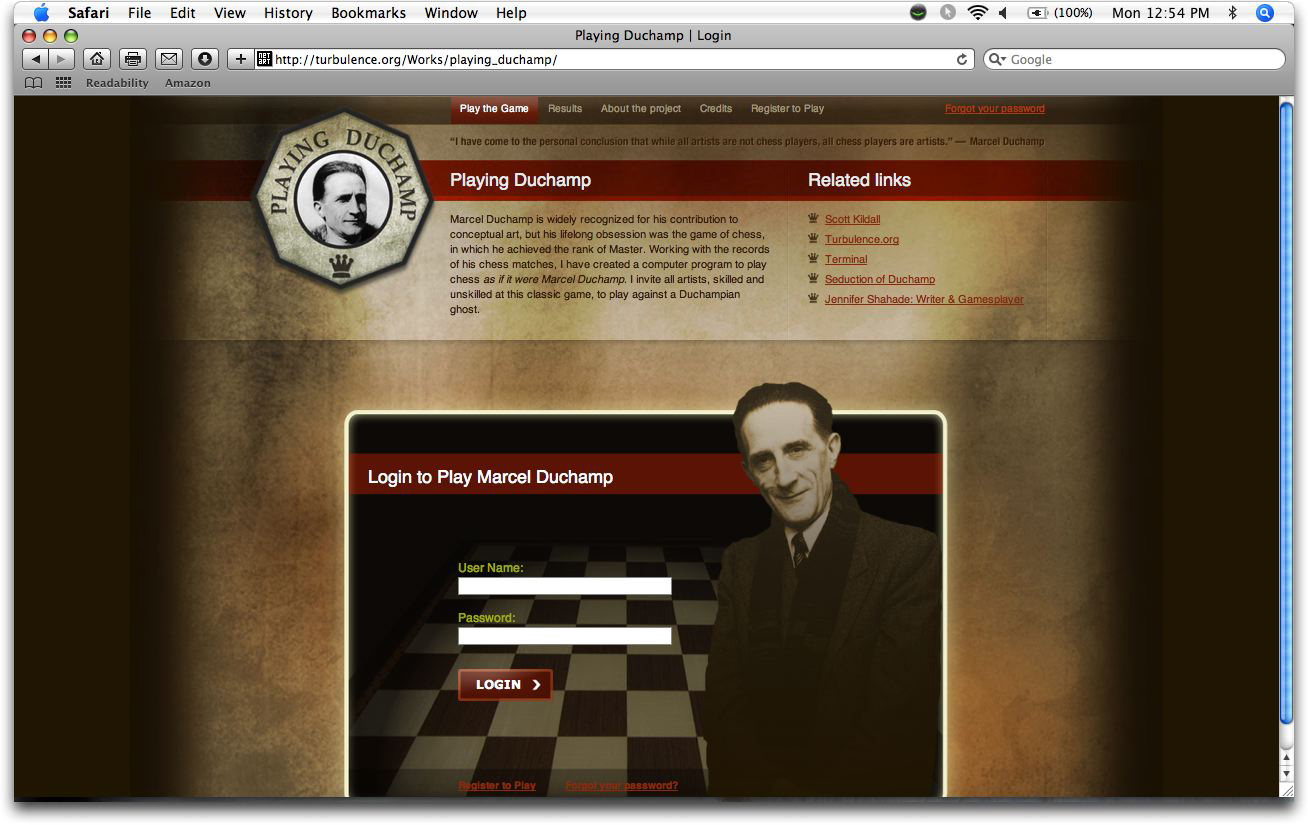 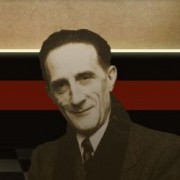 I have come to the personal conclusion that while all artists are not chess players, all chess players are artists. – Marcel Duchamp

Marcel Duchamp is widely recognized for his contribution to conceptual art, but his lifelong obsession was the game of chess, in which he achieved the rank of Master. Working with the records of his chess matches, Kildall has created a computer program to play chess as if it were Marcel Duchamp. In a series of open challenges, he invites all artists, both skilled and unskilled at this classic game, to play against a Duchampian ghost.

How many moves can you last against Duchamp? Marcel Duchamp’s unparalled innovation in avant garde art is paralleled by his equally impressive accomplishments in chess. Duchamp, a self-described “chess maniac,” even sought to win the French Chess Championship, and although that dream never came to fruition, Duchamp represented France in numerous tournaments and competed avidly throughout the country. He placed first at the 1924 Chess Championship of Haute Normandie, and was duly awarded the title of Chess Master by the French Chess Federation.

Now, using records of Duchamp’s games and Duchamp’s own strategy notes, the cross-disciplinary artist Scott Kildall has created a computer algorithm that mimics the way Duchamp plays chess, down to the mistakes that Duchamp tends to make toward the end of a game. When you register for a game with Duchamp on Kildall’s site, you also see the neat 3D chess pieces that Kildall has customized to look like Duchamp’s hard-carved originals. After each of your chess moves, an image of Duchamp appears along with the word “Thinking,” creating a subtly tantalizing effect of suspension of disbelief that makes you feel as though if you are in a smoke filled, early twentieth century cafe with Duchamp across from you…”thinking” of his next chess move.

Results from the site show that Duchamp usually wins, including against the writer of this piece. How many moves can you last against Duchamp? Report your results in comments! – Jenny Fan, 2/28/11