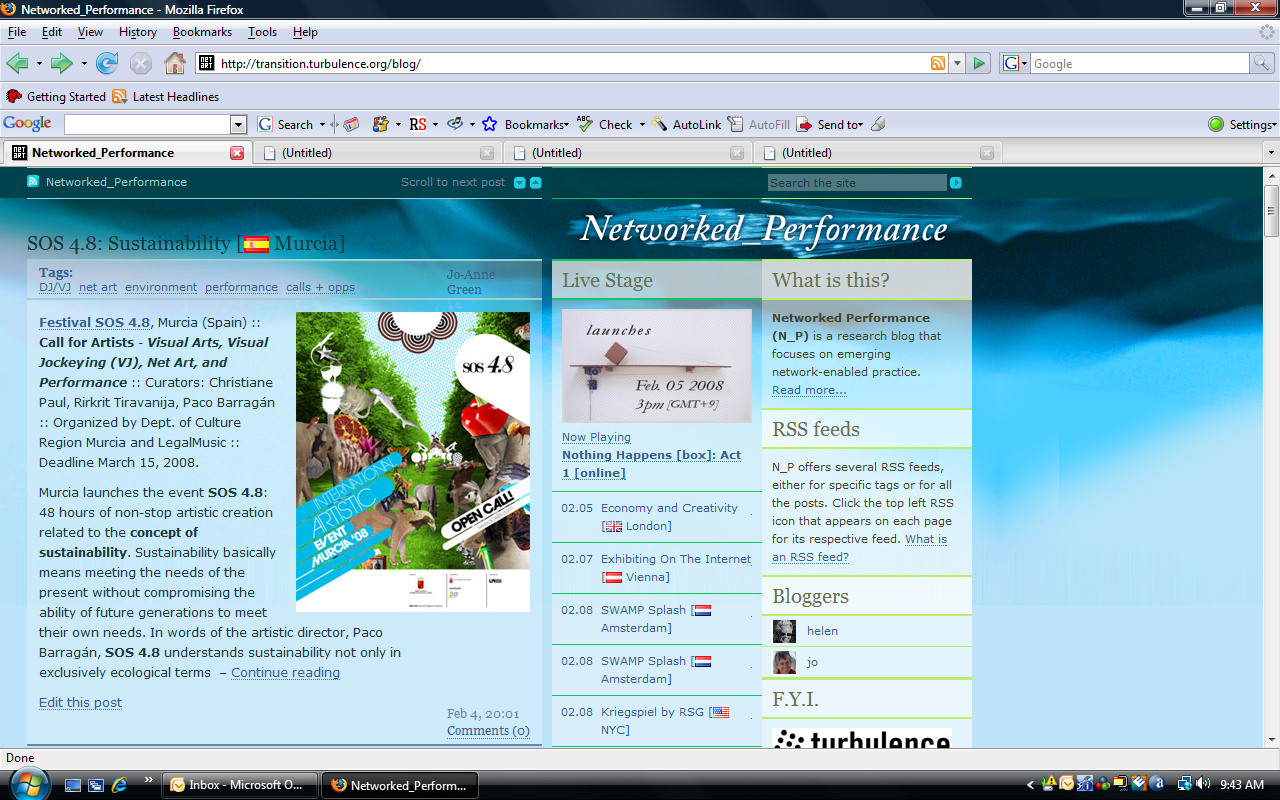 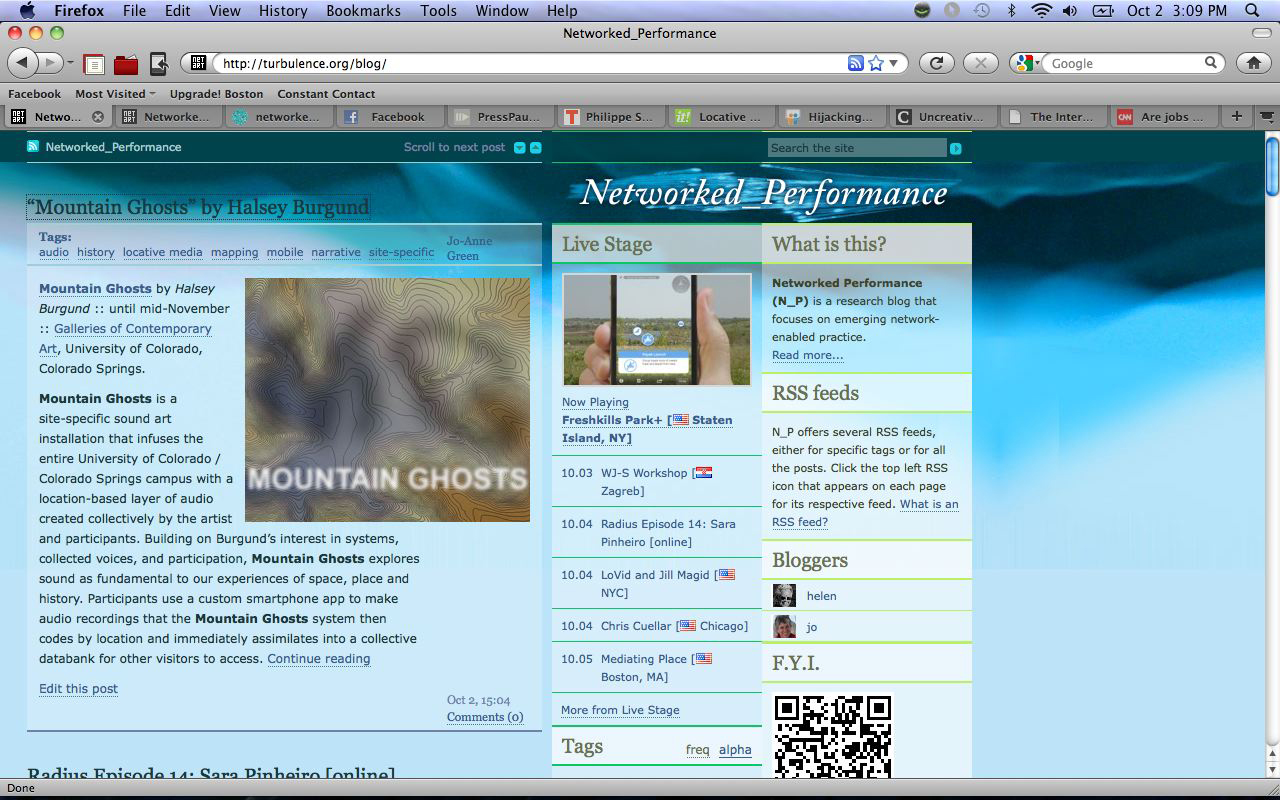 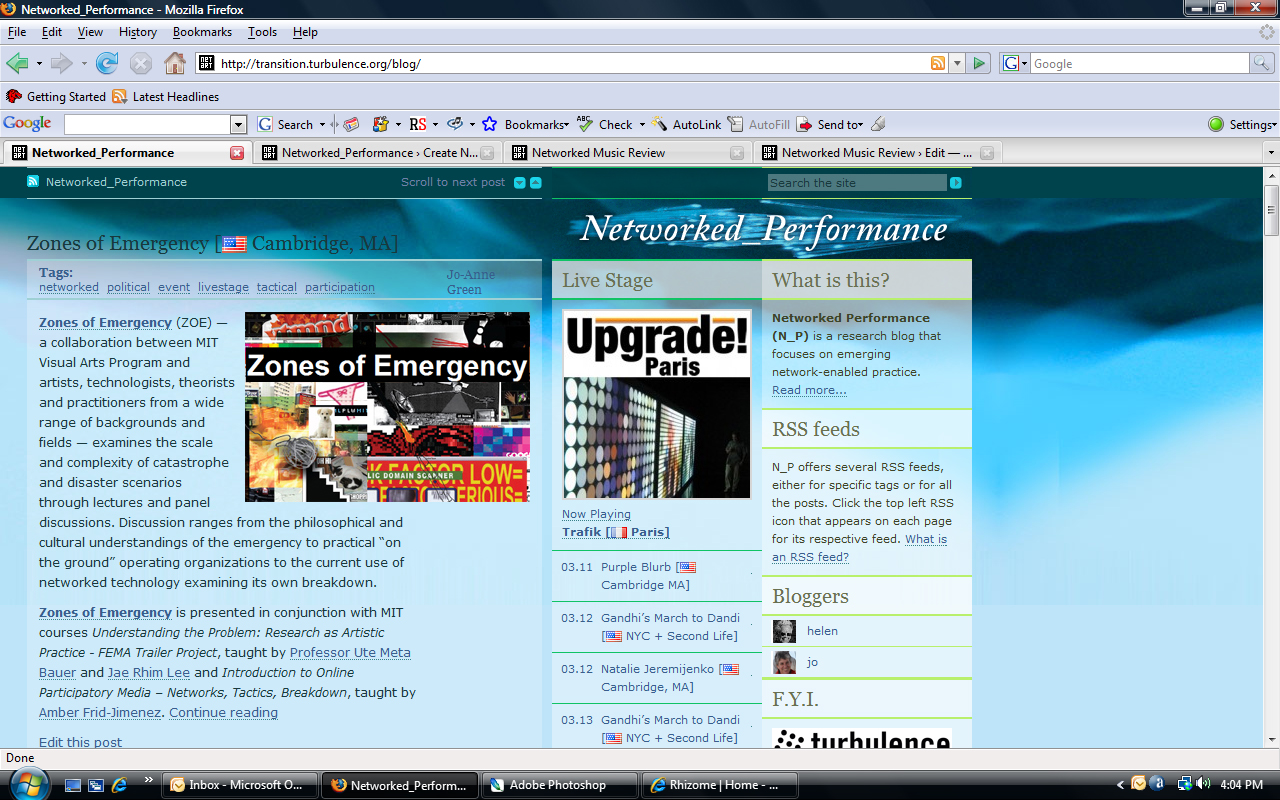 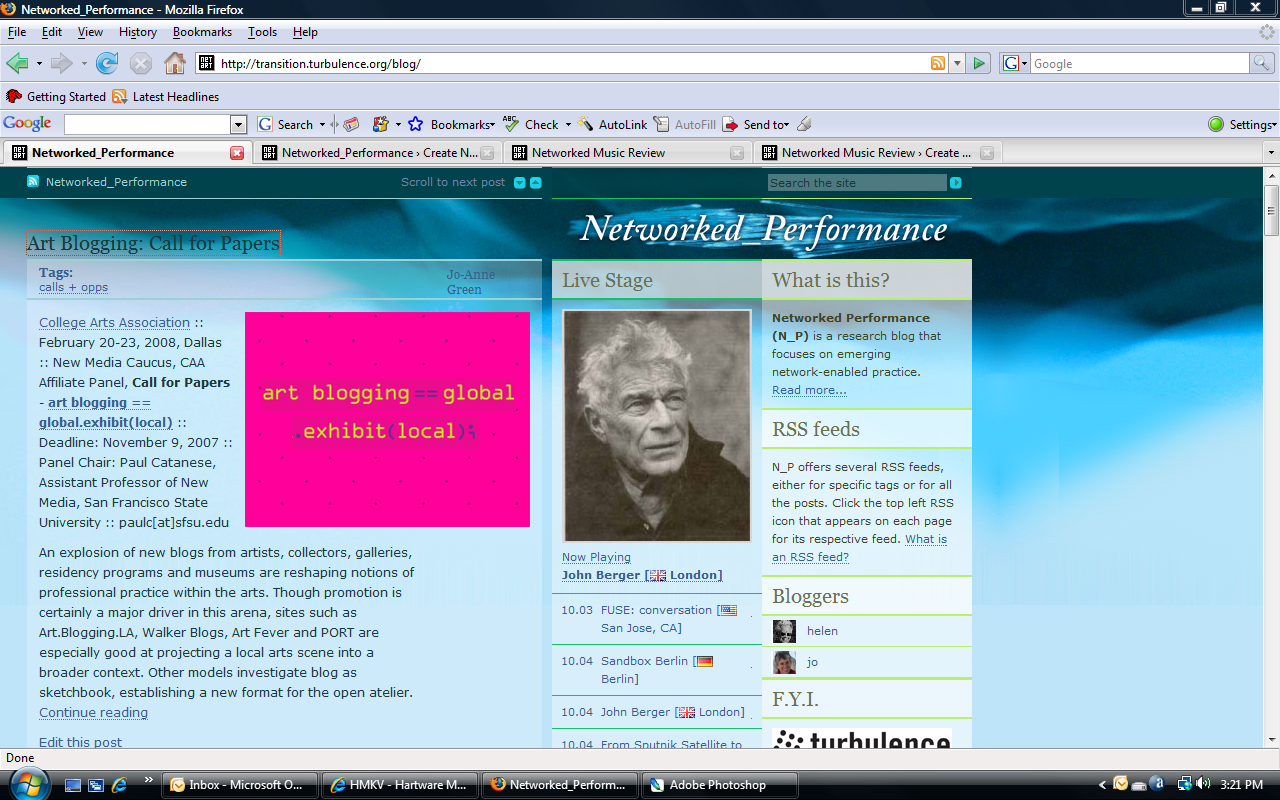 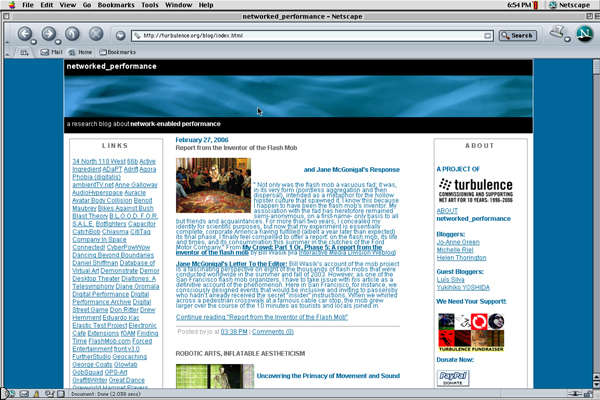 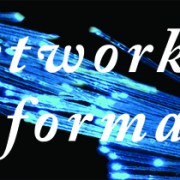 In July 2004, Jo-Anne Green and Helen Thorington of Turbulence.org, and Michelle Riel, Assistant Professor of New Media at California State University Monterey Bay (CSUMB), originated the Networked_Performance blog. It was their intent to chronicle current network-enabled practice, to obtain a wide-range of perspectives on issues and to uncover commonalities in the work.

What the blog revealed at that time was an explosion of creative experimental pursuits made possible by the migration of computation out of the desktop PC and into the physical world and by the continuing advances in internet technologies, wireless telecommunications, sensor technologies and Geographic Information Systems (GIS). In these explorations artists utilized pervasive, ubiquitous computing technologies that are inexpensive, readily available, and most importantly, mobile and wirelessly networked. The blog further revealed that these technologies were being utilized by a growing generation of programming capable artists and artistically minded engineers and computer scientists.

Newer technologies have gained prominence – particularly social networking platforms that have made possible an enthusiastic return to the net, where users from all disciplines and fields of endeavor began to control the media they produce and consume. Further, virtual worlds, most notably Second Life, have seen an increase in creative practice as artists explore the technologies and social ramifications of synthetic, multiuser environments.

As smart phones (such as iPhone and Android) are becoming more affordable, we are seeing more 3-D, mobile, location-specific, public interventions via Augmented Reality platforms such as Layar, as well as an increase in interactive downloadable ‘apps’.

These changes are documented in Networked_Performance’s blog entries.

“A few month ago, I discovered networked_performance, a blog about locative media, augmented reality, distributed performance, environmental theatre, pervasive play, immersive gaming, telepresence, etc. Add the word “chocolate” to the list and you’ll have a good view of everything I like.

Jo-Anne Green invited me to be guest blogger till Christmas. It’s a fantastic opportunity for me because it means that I’ll be able to write about projects and artists I don’t have the time or space to talk about here. It’s also a challenge since the last guest blogger was an artist I admire, Michelle Kasprzak.” — Régine Debatty, Guest blogging on “Networked_Performance” (December 13, 2004)

Richard Nixon once explained: ‘The Chinese use two brush strokes to write the word ‘crisis.’ One brush stroke stands for danger; the other for opportunity.’ Such Chinese ‘crisis’ understands the Roman ‘Janus’ understands the Modern ambiguity. And all understand the strengths of the turbulence blog – a blog which embraces both the turbulence and brainstorms of conversation. By showcasing network-enabled performances, and initiating dialogs about them, turbulence.org has established a collective planning team for its Spring/Summer 2006 conference. Organized by artists Helen Thorington, Michelle Riel, Jo-Anne Green, John (Craig) Freeman, Brooke Knight, and a squad of guest-bloggers (currently Nathaniel Stern), and supported by New Radio and Performing Arts, Inc. (NRPA), turbulence.org/blog houses an exciting array of international networked performance. Recent posts include political word play, helium balloon soundscapes, and responsive architectures. And while comments are still picking up steam, the scope and creativities of the posted performances promise for a conference full of opportunity (and maybe some danger).