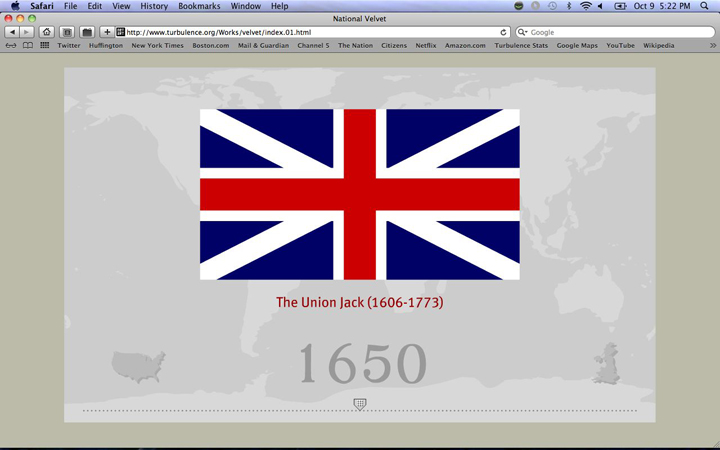 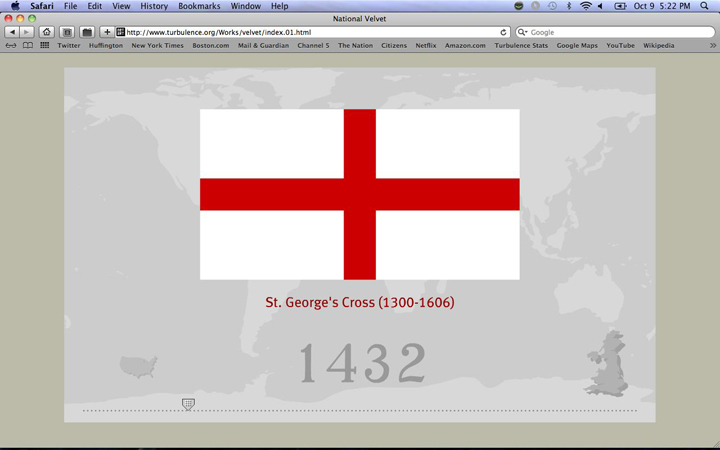 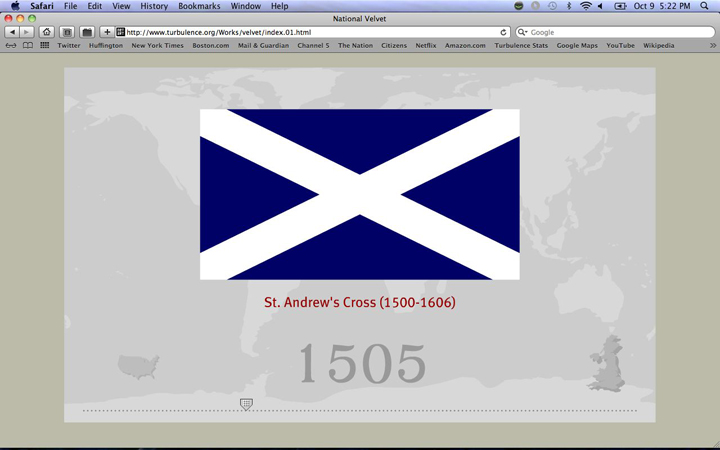 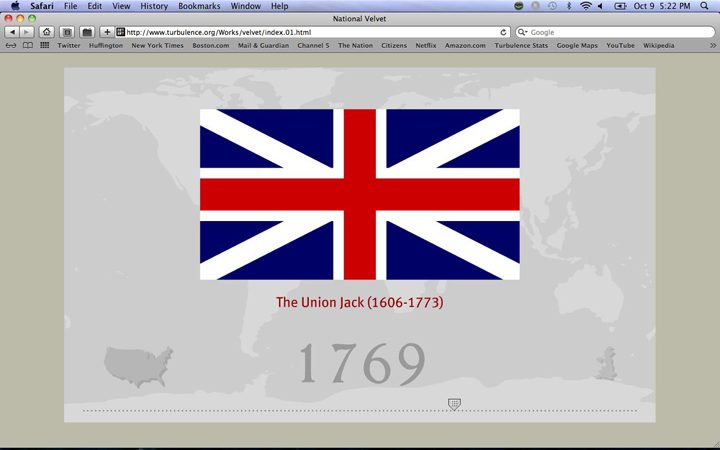 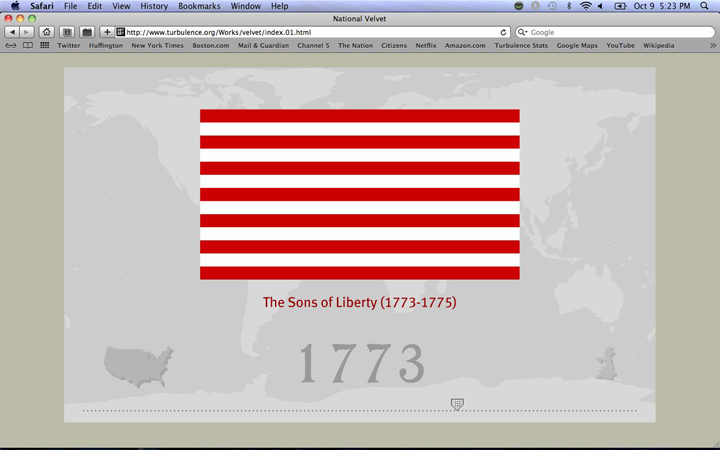 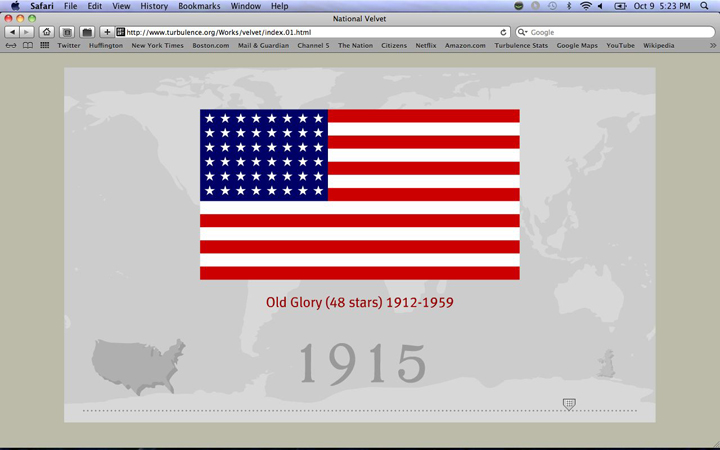 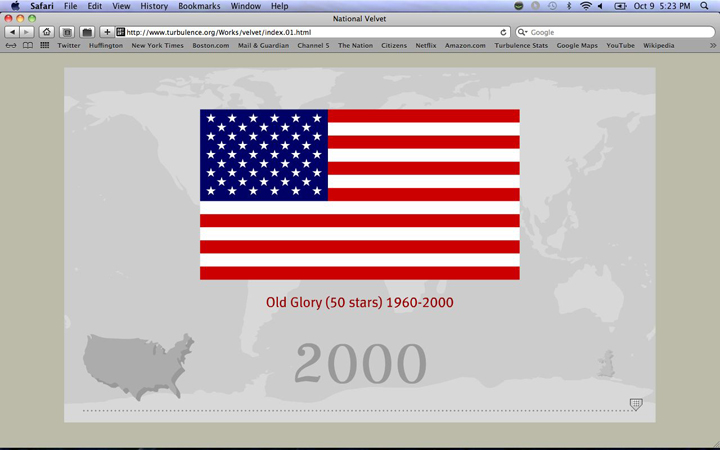 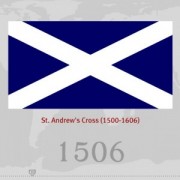 In the course of its evolution, the U.S. flag displays visual associations to the British flag alongside to its own unique elements. The evolution of this visual language echoes the political and cultural revolution in that characteristics of the British Empire were borrowed or transformed to suit the needs of the American Revolutionaries. National Velvet opens a window into some of the forces at work behind a visual language that is often taken for granted.