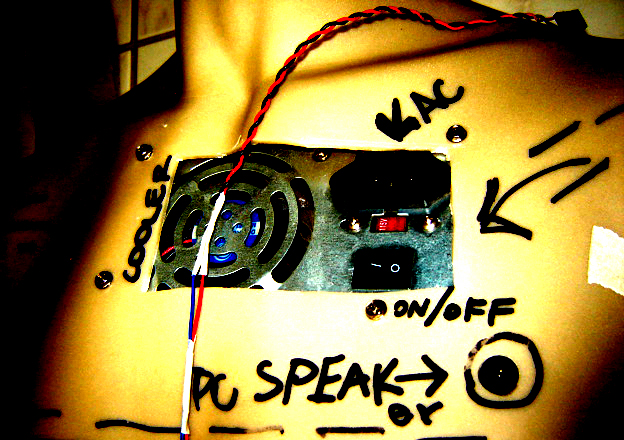 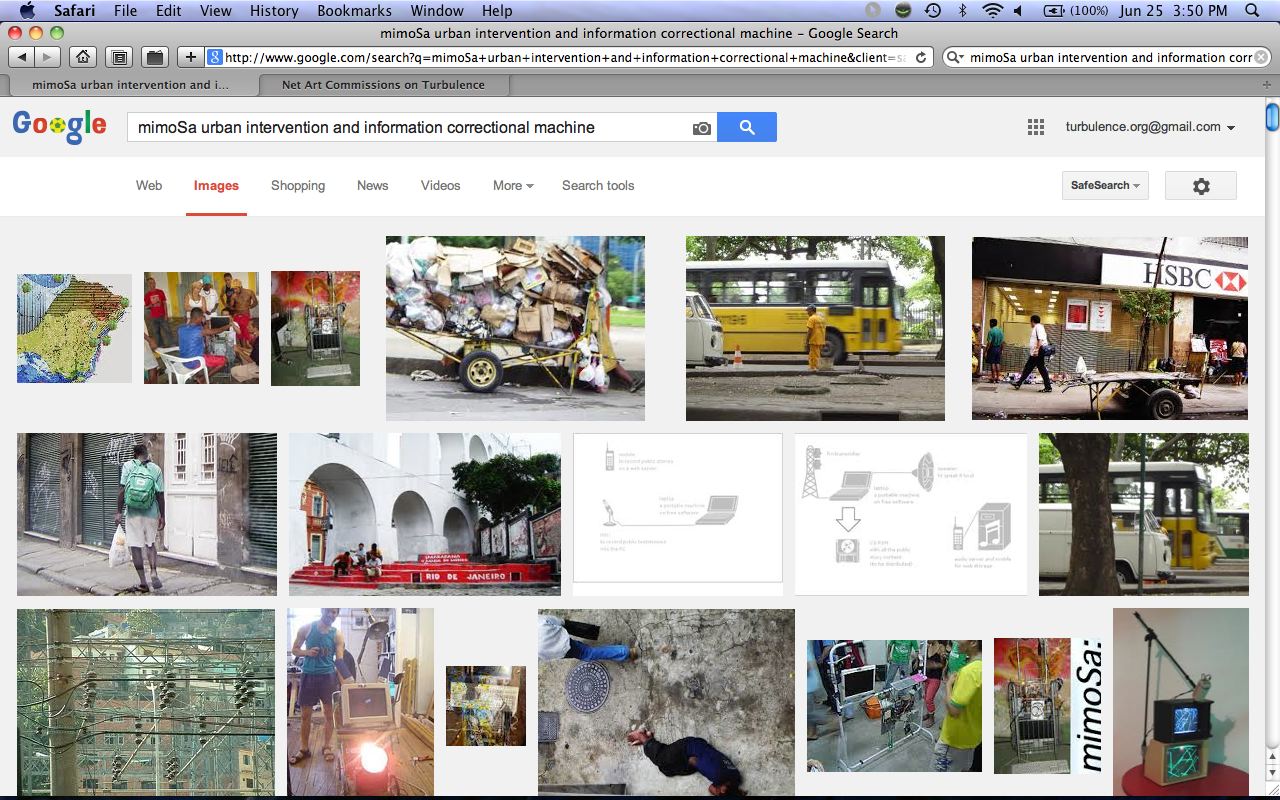 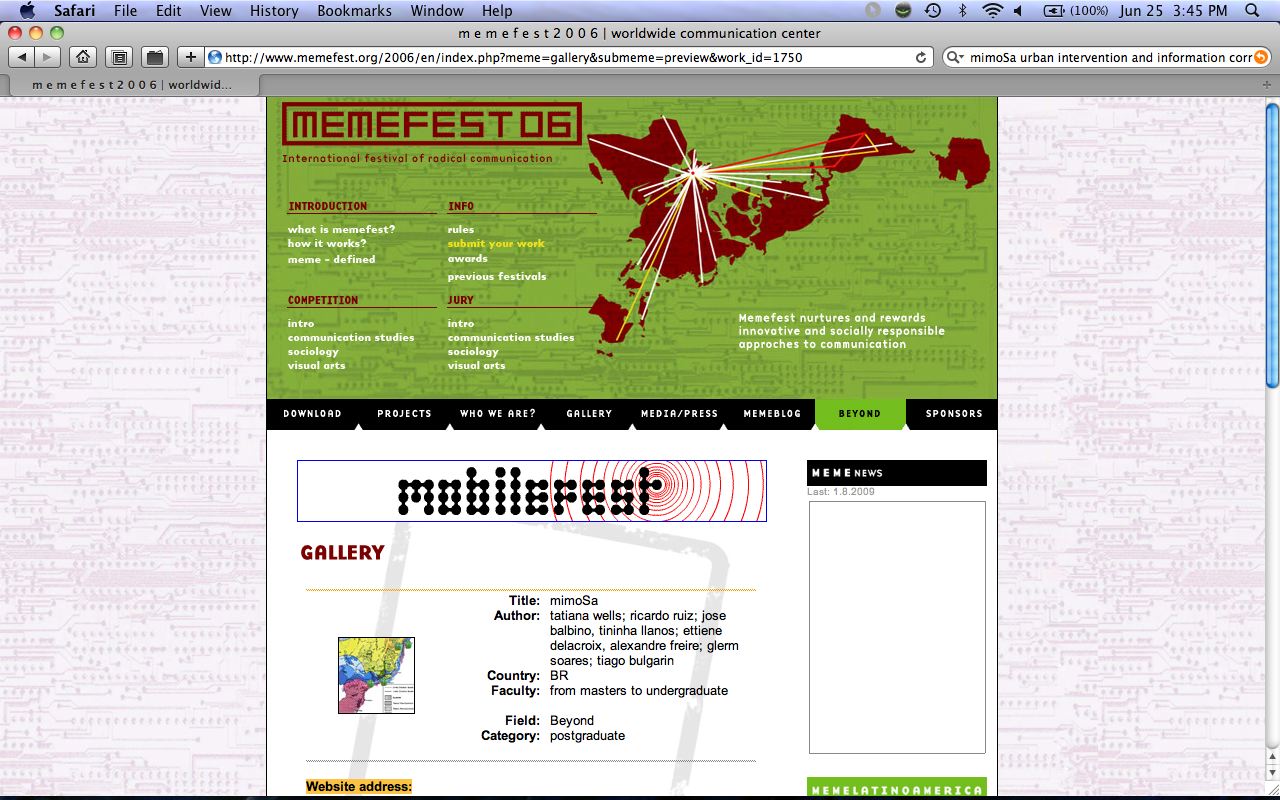 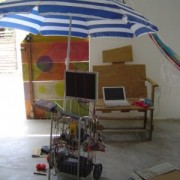 “mimoSa: Urban Intervention and Information Correctional Machine” is based on the concept that people start to think critically about media when they produce and distribute it themselves. In Brazil, new systems of media production and distribution are crucial to achieving a more just distribution of power and representation. “mimoSa” is a continuous workshop that moves around Brazilian cities collecting people’s stories using recycled and reconstructed technologies. The aim of the workshops is to design a machine capable of altering the Brazilian mediascape.

During the workshops a group of artists, programmers, and activists create and operate this machine. The machine records stories, stores them in a database, broadcasts them on FM, and records them to CD. It also prints telephone numbers and instructions on city streets and walls so that people passing by are able to access the stories via their mobile phones. “mimoSa” maps these activities via its web portal from which visitors can access both audio and video interviews.

Begun in November 2005, the web site will continue to grow as the artists travel and present workshops in various Brazilian cities; “mimoSa” will keep walking around until 1 GB of information is loaded to the server.

The blog is no longer accessible.

Having survived colonisation, dictatorships, and inflation of 2639%, Brazil entered the 21st century with nearly half of its population living in extreme poverty and its media tightly controlled by Rede Globo, one of the biggest conglomerates in the world. Enter mimoSa – an ‘urban intervention and information correctional machine’ – inspired by the belief that a new system of public broadcast is a means to achieve better distribution of power, representation, and visibility. Employing free and open source software, the machine facilitates the recording, uploading, and transmission of public stories. ‘mimoSa’ is now travelling throughout Brazil holding workshops at which people can build their own machine and take control of their own media. Telephone numbers and instructions are also painted on city walls and streets so that anyone can participate via their mobile phone. Created by Brazilian activists midiatactica.org, Canadian group Murmur, and individual artists and programmers, ‘mimoSa’ was commissioned by Turbulence.org in October 2005. Look out, Rede Globo! 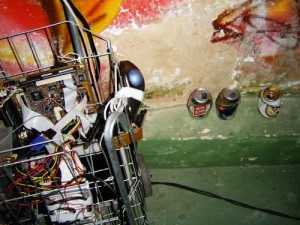 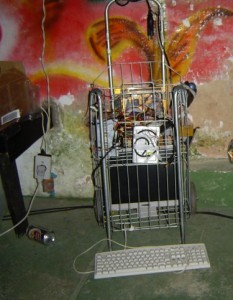 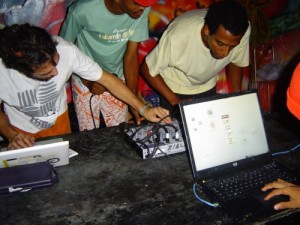 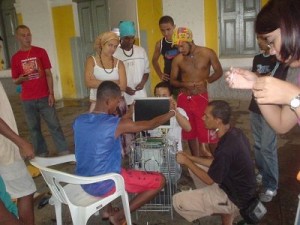 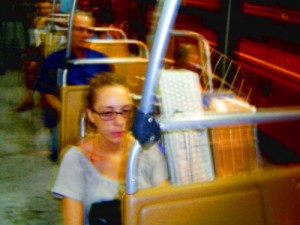 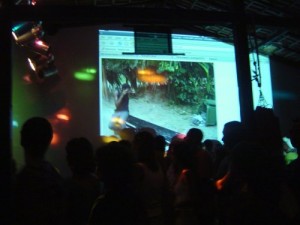 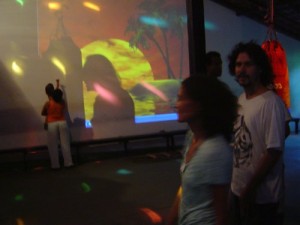 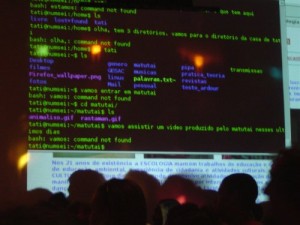