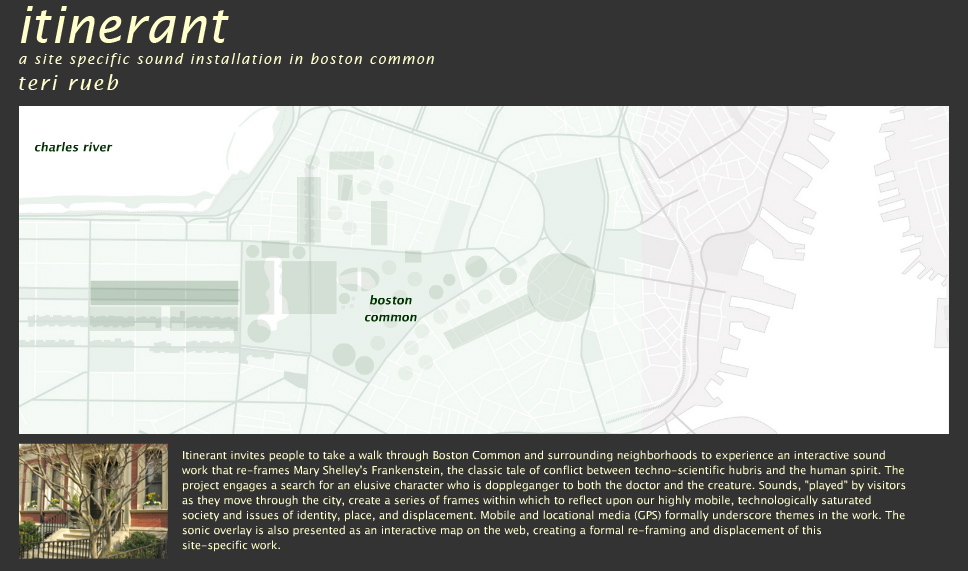 “Itinerant” was ‘exhibited’ at the Judi Rotenberg Gallery, 130 Newbury Street, Boston as part of the Boston Cyberarts Festival.

“Itinerant” is a site-specific sound installation in Boston, Massachusetts. It invites people to take a walk through Boston Common and surrounding neighborhoods to experience an interactive sound work that re-frames Mary Shelley’s Frankenstein, the classic tale of conflict between techno-scientific hubris and the human spirit. The project engages a search for an elusive character who is doppleganger to both the doctor and the creature. Sounds, ‘played’ by visitors as they move through the city, create a series of frames within which to reflect upon our highly mobile, technologically saturated society and issues of identity, place, and displacement. Mobile and locational media (GPS) formally underscore themes in the work. The sonic overlay is also presented as an interactive map on the web, creating a formal re-framing and displacement of this site-specific work.