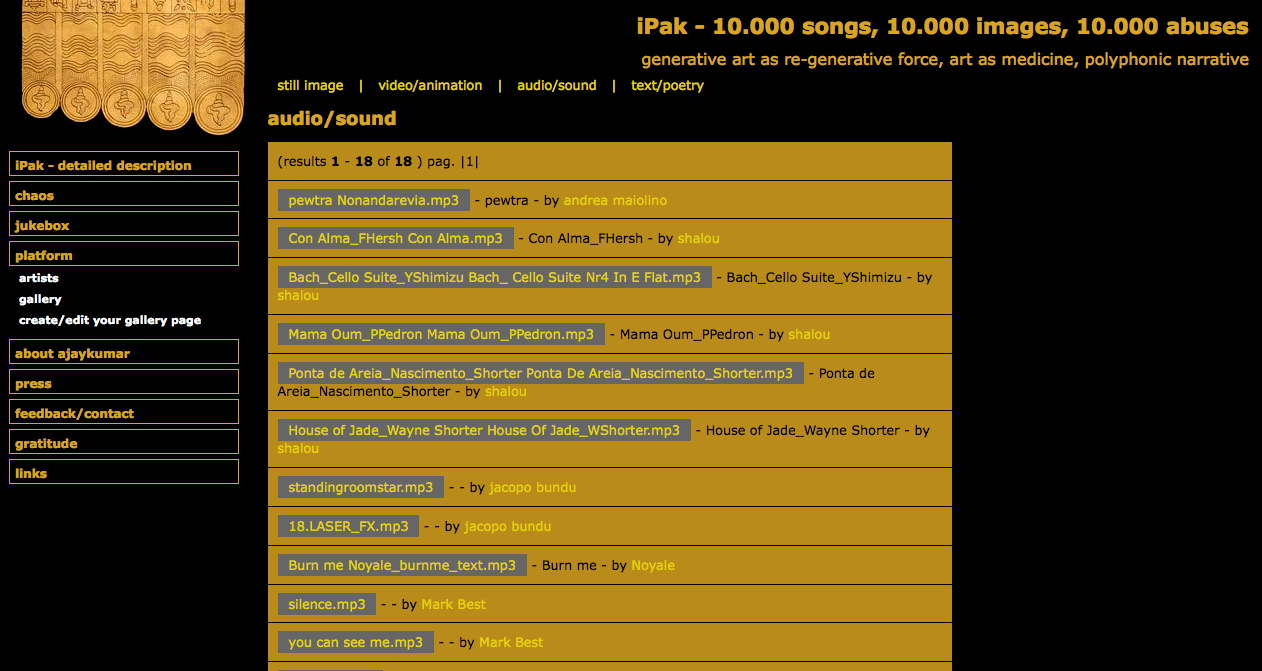 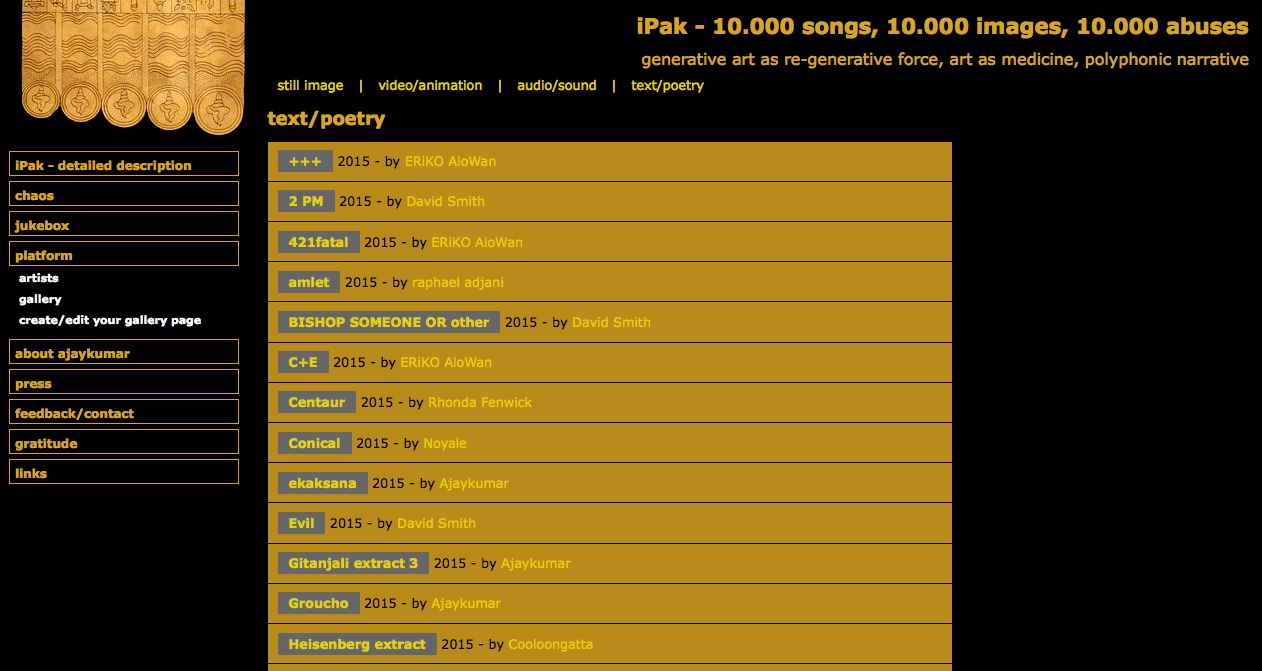 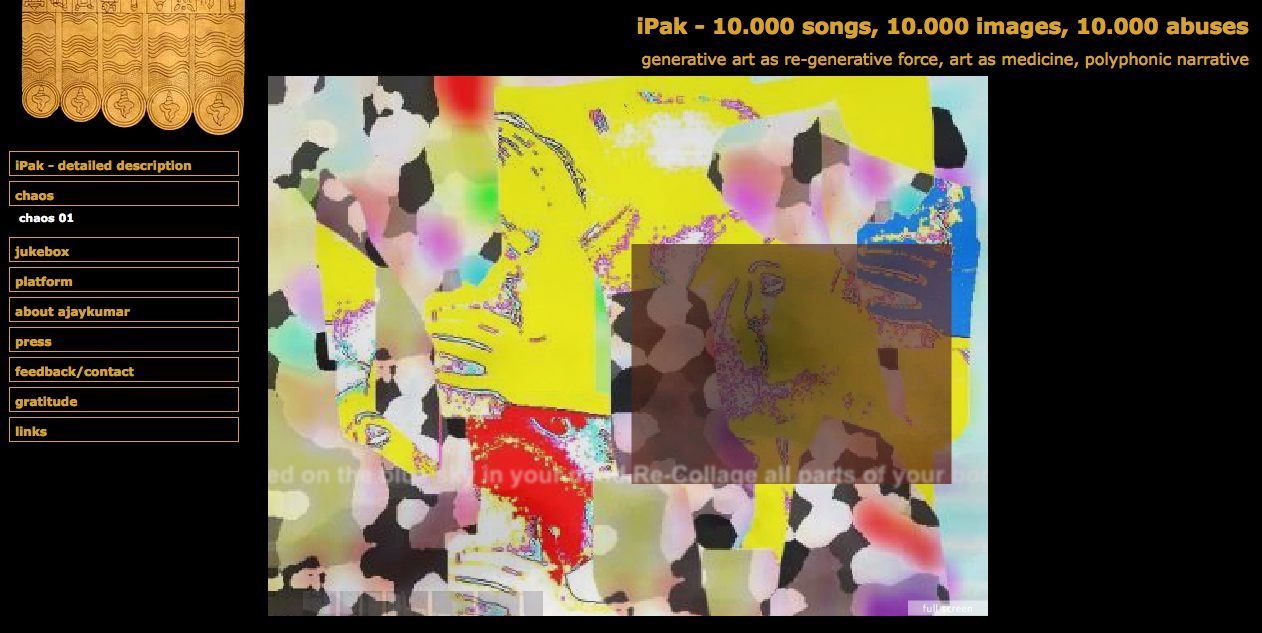 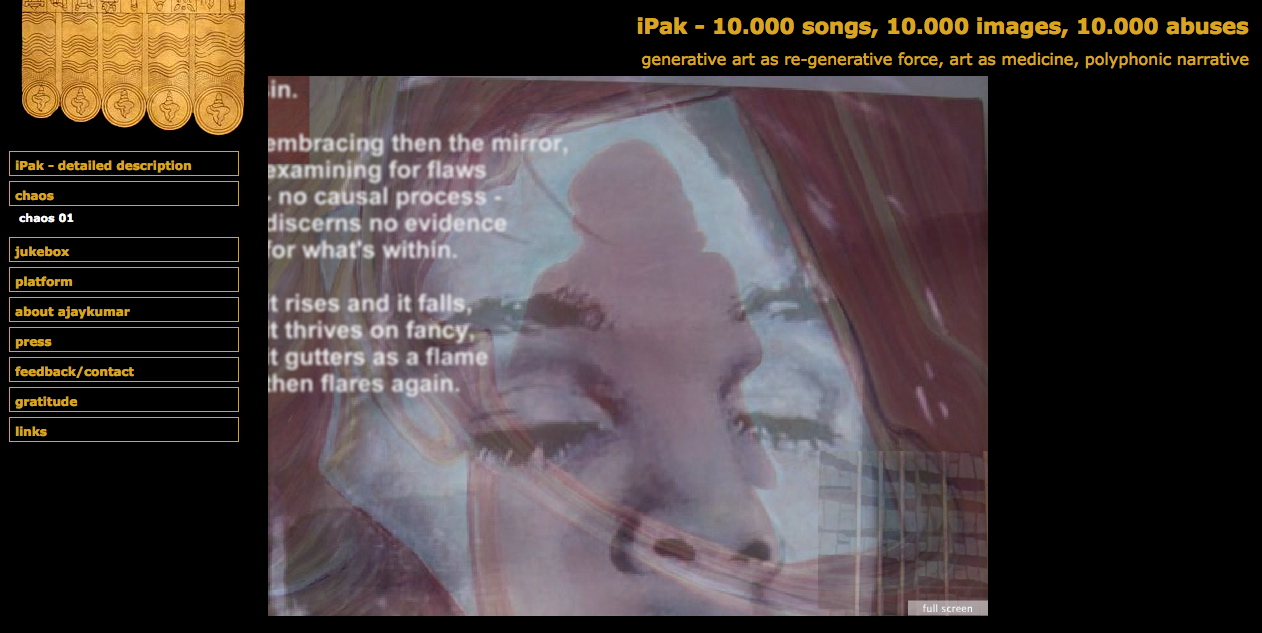 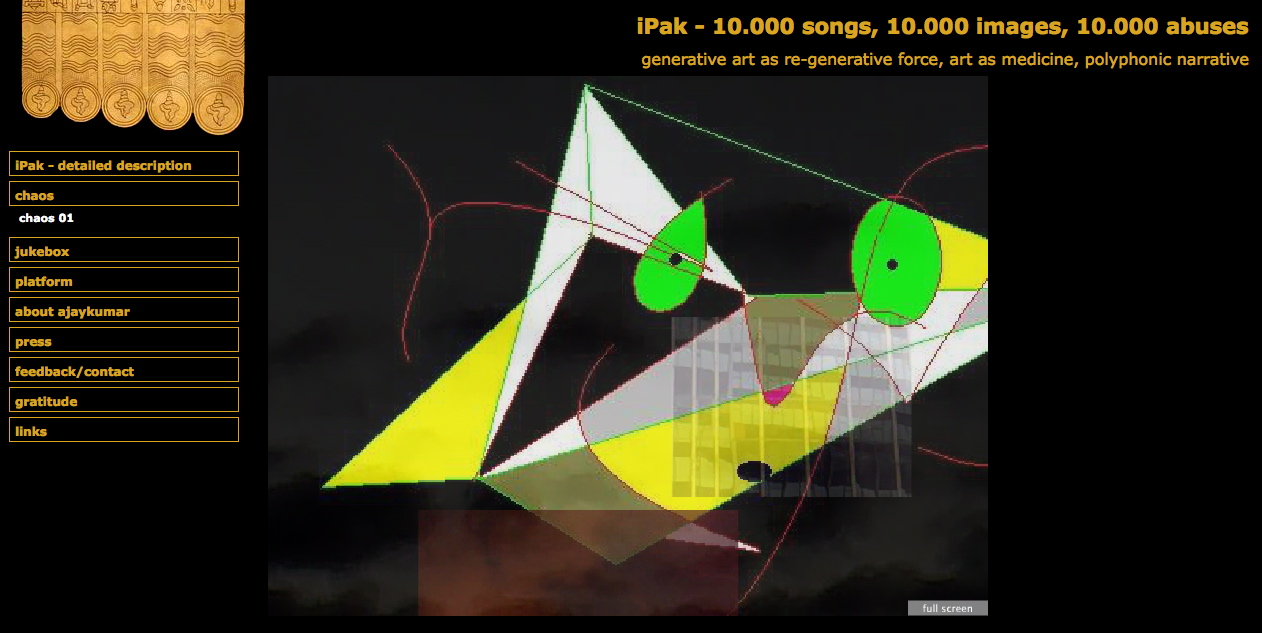 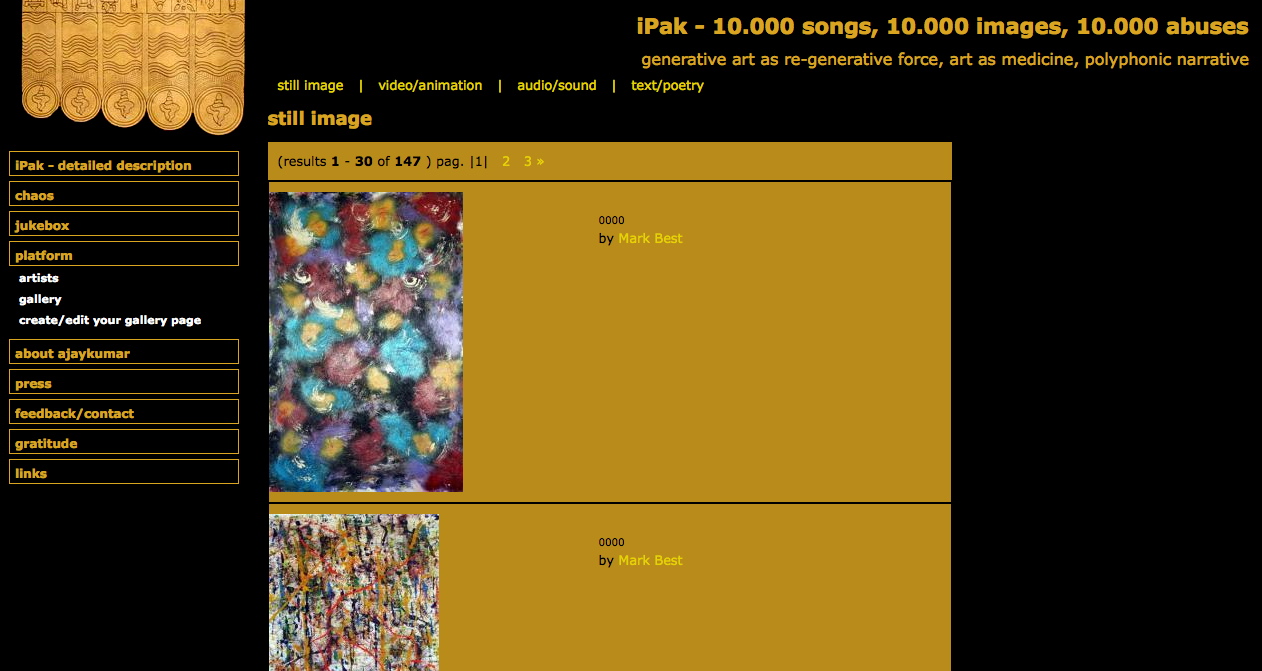 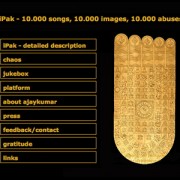 iPak – 10,000 songs, 10,000 images, 10,000 abuses (iPak) is a playful, inter-active and participatory art work, that integrates your creativity, the random generation of works by a computer, and art engendered by Ajaykumar. iPak synthesises conceptual innovation, social engagement and therapeutic process: generative art as re-generative force; art-making as a medicine; inspiration emerging from tragedy; and the notion that social factors — such as marginalisation and racism — cause mental illness.

Ajaykumar has created the foundation for a ‘polyphonic’ narrative, one created by many stories … yours essentially. You can upload still images, movies, texts, music, sounds, and ideas, to create a dynamic, evolving, relational entity in cyberspace. iPak fully comes into ‘being’ through your participation. The title itself is several plays on words. For example it borrows from portable devices such as Apple – iPod with its early capacity to store and play 10,000 songs and images, and Hewlet Packard’s iPAQ pocket PC; it plays with ‘Paki’ a term of racist abuse in the United Kingdom; together with the emphasis on the ubiquitous ‘i’, evoking our generation that self-obsessively focuses on ‘I’.

iPak involves a deliberate use of ‘lo-fi’ recording equipment, such as mobile/cell phones; and playing with some of the machinery, forms, and practices that are defining the current ‘now’ and ‘I’: the 3G cell phone, iPod, iPhone, mpeg, jpeg, downloading, texting, ‘collaging’. Ajaykumar created many of the images for the original database of work, using a mobile/cell phone as a deliberate aesthetic, and images created by you using such phones are particularly welcomed.