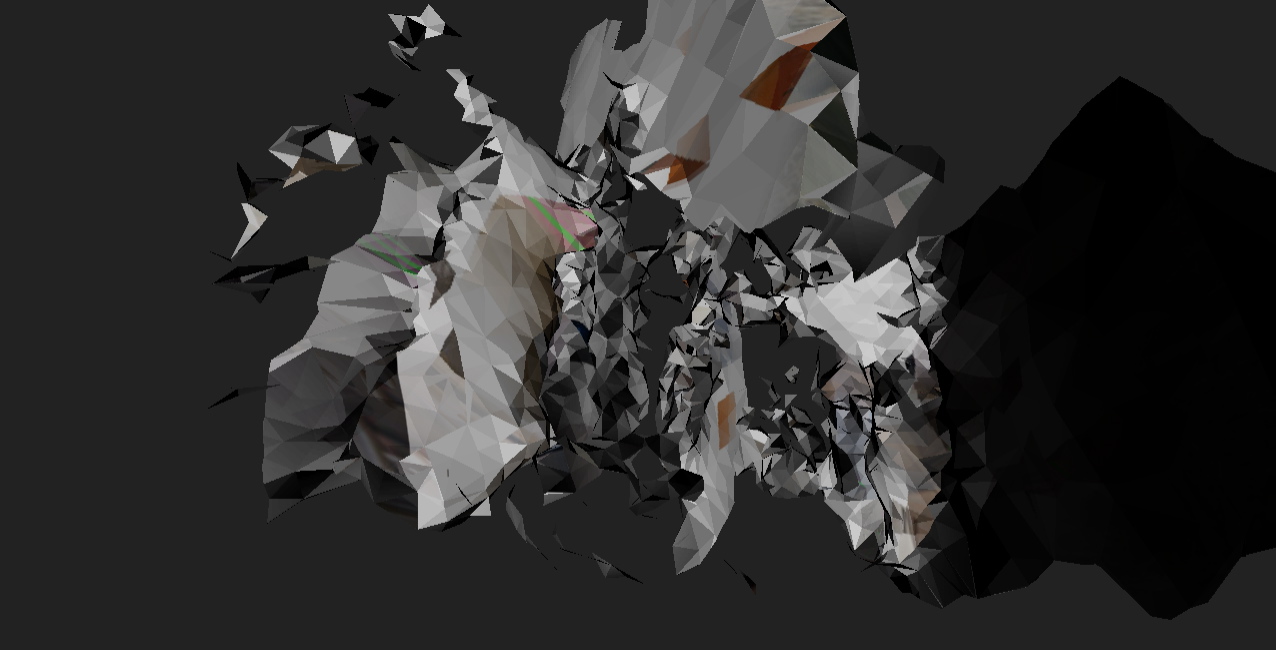 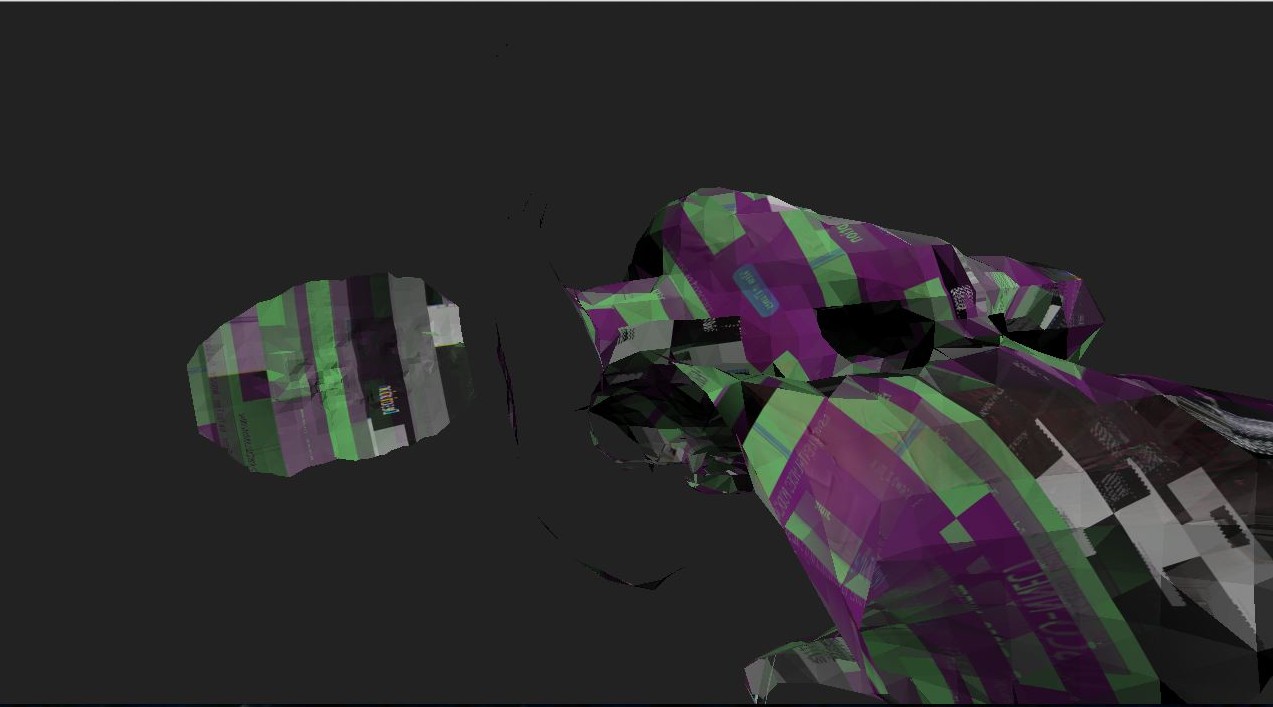 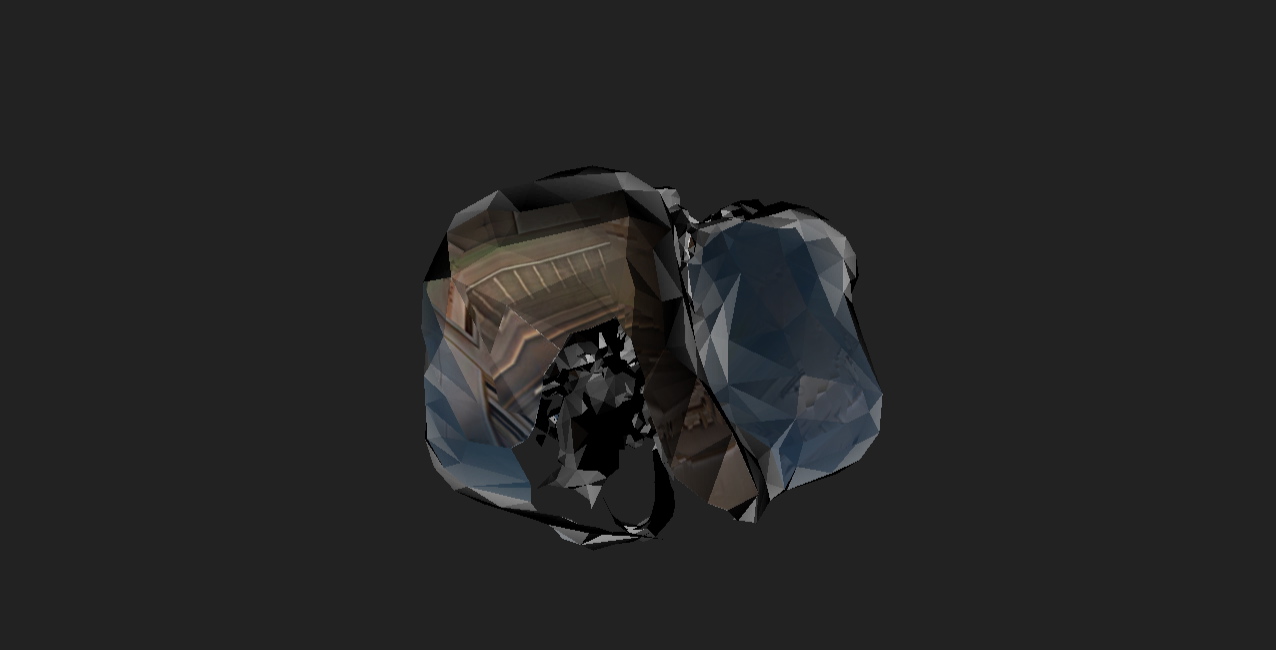 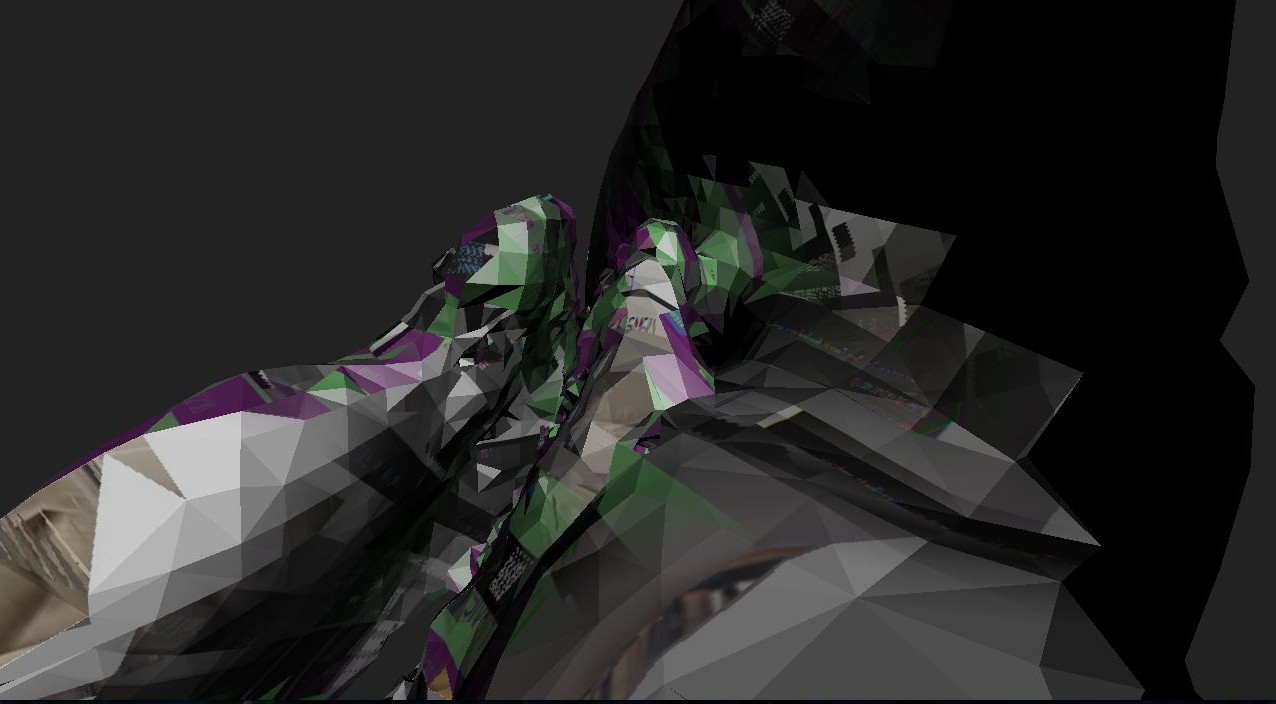 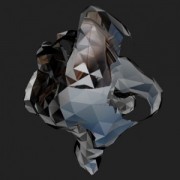 INTERP is a series of digital sculptures generated by blending 100 unrelated photographs, placing them into simulated three-dimensional space, and importing them into photogrammetry software, tricking it into thinking that the photographs were of a single object. Thompson is interested in “useless” and culturally-derived data sets, so rather than use an arbitrary archive of photographs (a Google image search for a particular term, for example), it seemed more natural to use a finite set that he had generated himself (approximately 12,000 images when he began the project in 2012). Every photograph was used.

These are large files that take time to download.