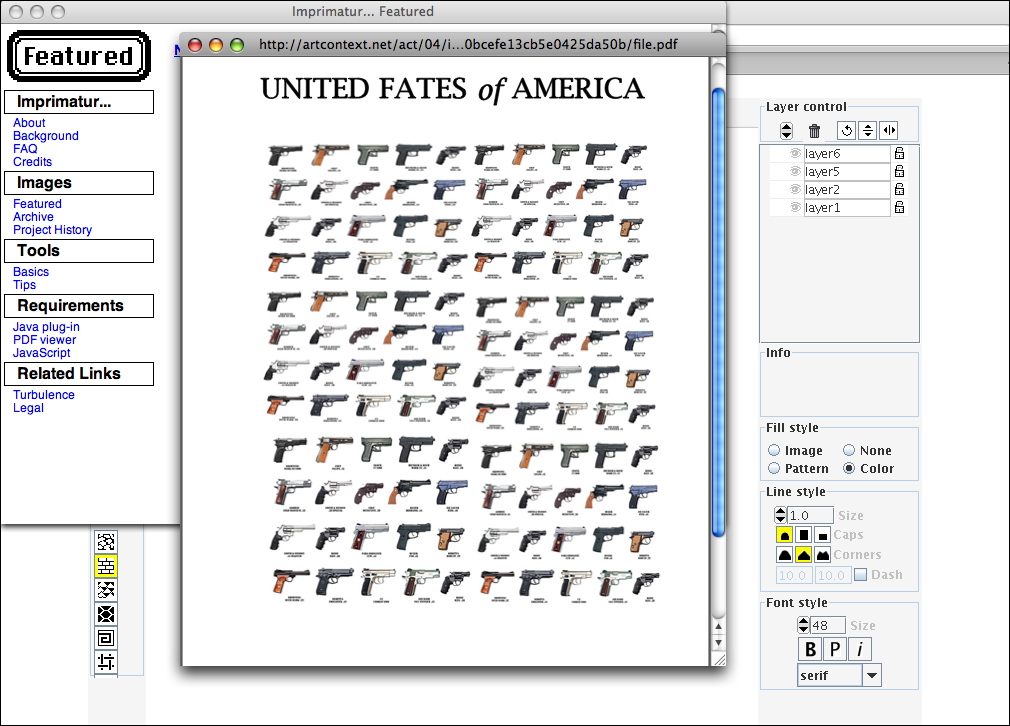 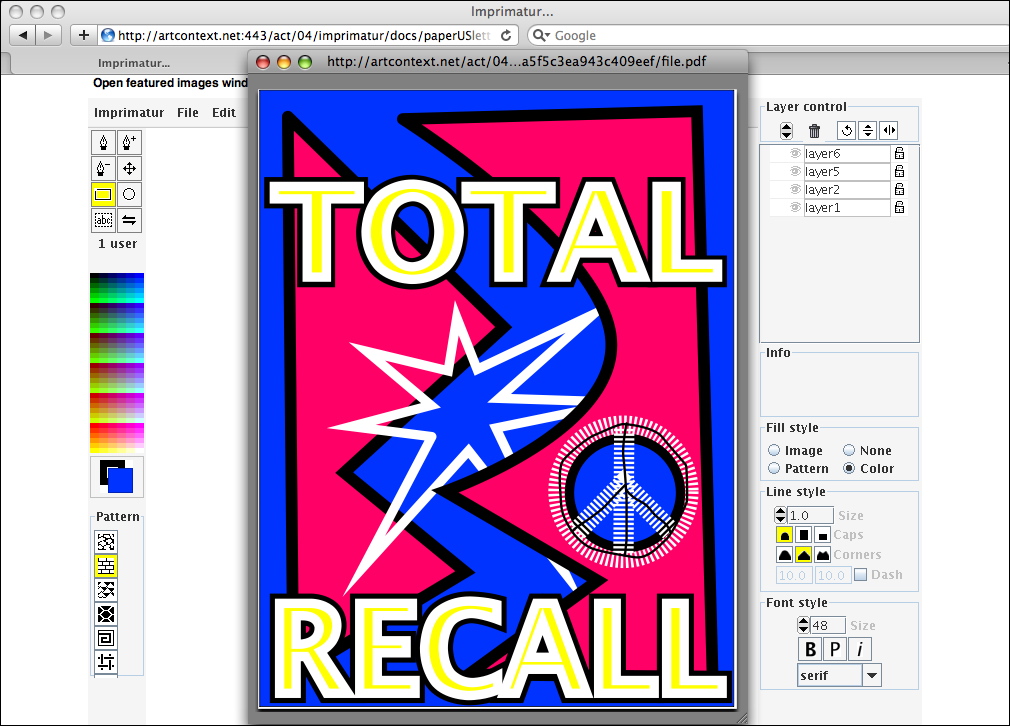 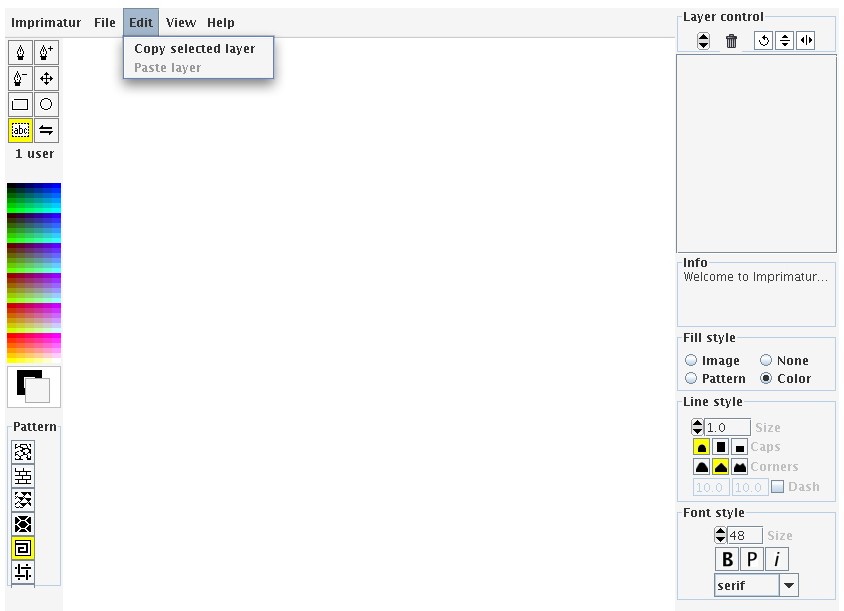 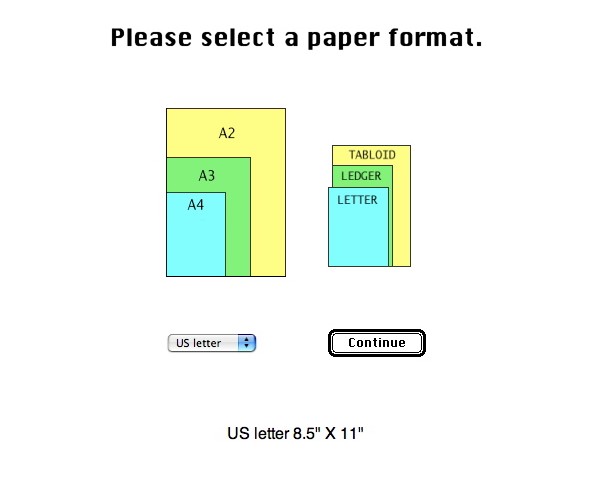 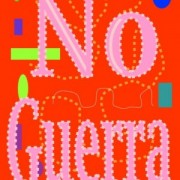 “Imprimatur” is a free, easy-to-use tool for producing posters. Users contribute to a poster layout via their web browser. Creativity becomes a shared process, as unpredictable as the people who are passing through. The artist, rather than providing images, provides a system intended to activate the viewer’s thought and expressiveness. Against the backdrop of a mass media culture that promotes conformity and passivity, “Imprimatur” encourages ‘viewers’ to choose themes and produce their own messages. It propels on-line expression out of the ink jet and into the streets.

Java. Some sections no longer function.

Imprimatur, a multi-user software for poster-making, is the latest online tool for collaboration from artist Andy Deck. The software brings the design process to life, allowing multiple designers to team to democratically tweak the layout and statements of a single canvas. Anyone with a smidgeon of graphics experience will find the interface easy to use, and the product is a PDF that can be disseminated widely via email and print. In his background to the work, Deck refers to the proliferation of homemade posters in the aftermath of 9/11 and at the invasion of Iraq. He envisages “a wave of colorful, independent, and low-budget posters in public places” and sees Imprimatur as a means to channel energy into thoughtful public dialogue. Like many of his previous works, Imprimatur is written in Java, but this time the source code is not quite open; as a challenge to funders to support software art, Deck will only release the source code once he has received his next commission (New Radio and Performing Arts funded this one). I hope he’s made a poster about that.

dana centre – event – Open to All Get In-to-Net Art