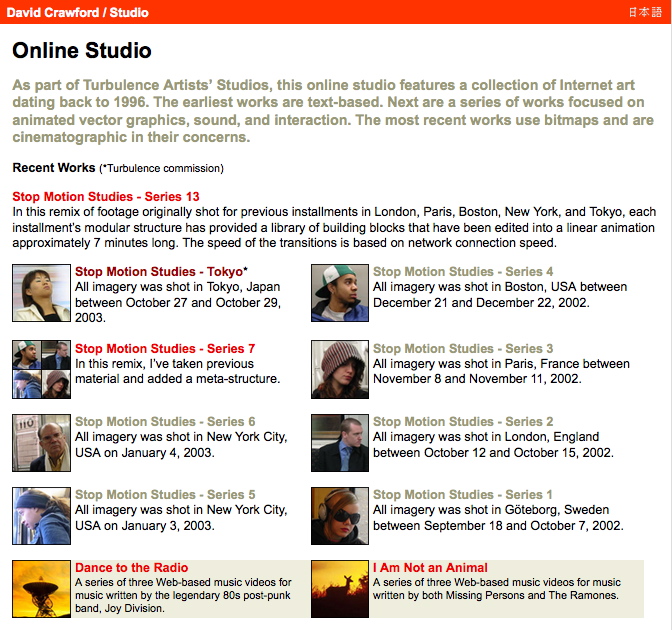 As part of Turbulence Artists’ Studios, this online studio features a collection of Internet art dating back to 1996. The earliest works are text-based. Next are a series of works focused on animated vector graphics, sound, and interaction. The most recent works use bitmaps and are cinematographic in their concerns. Crawford’s Studio includes part of his Stop Motion Studies series (SMS); “Dance to the Radio” and “I am not an animal” were originally shown in the Spotlight category, but Crawford added them to his Studio, along with the majority of his net art works and texts, prior to his untimely death in 2009.

Several works have been preserved with Ruffle by the Electronic Literature Lab in June 2021. When they launch, a play button may appear that you will need to click; after launching it, the work may take time to appear.