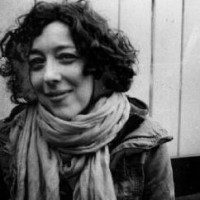 Zannah Marsh is a Brooklyn-based artist, designer, educator, and programmer with an interest in narrative data and collaborative storytelling. She has taught multimedia art and design at New York University, the New School, and in the City University of New York system. Zannah was a resident researcher at NYU’s Interactive Telecommunications Program, and she’s interned with the Creative Systems Group at Microsoft Research and with Area/Code Games in New York City. She also worked as an exhibit developer at the Museum of Science in Boston, producing internationally-traveling interactive exhibits. She has a MPS from NYU’s Interactive Telecommunications Program (2009), and a BFA from the School of the Museum of Fine Arts in Boston (2000).