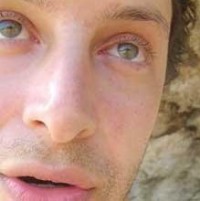 Yury Gitman is a designer, inventor, and award-winning artist. He has exhibited at the Biennale of Electronic Arts, Perth, Australia; Isle de France, Paris; Ars Electronics, Austria; and Eyebeam, among others, New York City. Gitman was one of the first people to use the Internet from inside the New York subway. He did this by employing a network of his “Magicbikes” (“wireless bicycle hotspots”). He was awarded the Ars Electronica Golden Nica for Net Vision in 2003. In 2005 he opened Banana Design Lab, a product design company focusing on lifestyle designs to entertain the soul. Gitman has worked with non-profits such as NYCWireless, the Lower Manhattan Cultural Council, and the Downtown Alliance to promote open Internet policy and New Media Art practice in New York. He teaches an Electronic Toy Design class in the Design Technology MFA program at the Parsons School of Design. He received a Masters degree from New York University’s Interactive Telecommunication Program and a Bachelor of Science in Science, Technology, and Culture from the Georgia Institute of Technology. Gitman’s work has featured in local, national, and international media including BBC, The New York Times, Newsweek, NPR, New York 1 TV, Tech TV, CNET, ID Magazine, Readymade, Village Voice, Adbusters, and Utne Reader.