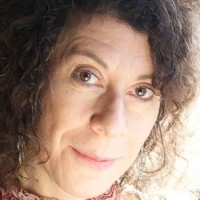 Stephanie Rothenberg is an interdisciplinary artist who engages participatory performance, installation and networked media to create provocative public interactions. Mixing real and virtual spaces, her work investigates new models of global, outsourced labor and the power dynamics between contemporary visions of utopian urbanization and real world economic, political and environmental factors. She has exhibited internationally in venues such as the Sundance Film Festival, MASS MoCA, LABoral, Transmediale and the Whitney Museum Artport and is a recipient of numerous awards, most recently from the Harpo Foundation and Creative Capital. Her work has been widely reviewed including Artforum, Artnet, The Brooklyn Rail and Hyperallergic. She is Associate Professor in the Department of Art (formerly Visual Studies) at SUNY Buffalo where she teaches courses in design and emerging technologies.