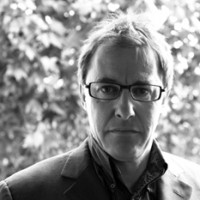 Stanza is an internationally recognised artist, who has been exhibiting worldwide since 1984. His artworks have won twenty international art prizes and art awards including:- Vidalife 6.0 First Prize. SeNef Grand Prix. Videobrasil First Prize. Stanzas art has also been rewarded with a prestigious Nesta Dreamtime Award, an Arts Humanities Creative Fellowship and a Clarks bursary award.

Recurring themes throughout his career include the urban landscape, surveillance culture, privacy and alienation in the city. Stanza is interested in the patterns we leave behind as well real time networked events that can be re-imagined and sourced for information. Stanza uses multiple new technologies to create distances between real time multi point perspectives that emphasis a new visual space. The purpose of this is to communicate feelings and emotions that we encounter daily which impact on our lives and which are outside our control.

Work has centered on the idea of the city as a display system and various projects have been made using live data, the use of live data in architectural space, and how it can be made into meaningful representations. See ‘Publicity’, ‘Robotica’, ‘Sensity’, as well as a whole series of work manipulating real time CCTV data to making artworks with them: See, ‘Velocity’, ‘Authenticity’, ‘Urban Generation’. These works reform the data, work with the idea of bringing data from outside into the inside, and then present it back out again in open ended systems where the public is often engaged in or directly embedded in the artwork. Interactive and visually appealing, his style also maintains the substantive power through multi-facetted content.

Educated in fine art at Goldsmiths College in the early eighties he later went on to study at Greenwich University and Central Saint Martins Art College London. Stanza returned to Goldsmiths College as a AHRC arts research fellow. He is a pioneer of net art and was one of the first to use internet art as a medium. His websites and net specific artworks have been online since 1995 and these online projects have reached an audience of over four million visitors.