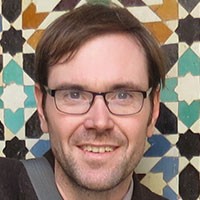 In 1999 Riley received BFA in Painting from the Massachusetts College of Art and Design. In 2004 he received an MFA in Sculpture from the University of Pennsylvania.

Upon receiving his MFA, Riley was awarded a grant from the Joan Mitchell Foundation; given to only 10 graduating MFA students nationwide at that time. From UPenn he was also awarded the Charles Addams Memorial Scholarship given to one graduating MFA student per year. Since that time has held several solo exhibitions and been included in many group shows throughout the Northeast. He has been a resident at Yaddo and the Vermont Studio Center.

He has lived for many years in the Berkshires of Western Massachusetts and also in Philadelphia, Brooklyn, and Rome, Italy. He currently resides with his wife in Providence, RI and works from a studio in Pawtucket, RI.