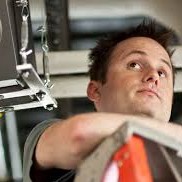 Peter Traub is a composer/installationist/net artist currently living in Charlottesville, VA. He completed his Ph.D. in 2010 in the Composition and Computer Technologies program at the University of Virginia. He received his Master’s in Electro-Acoustic Music from Dartmouth College in 1999, and has composed numerous works of electronic music, net art, and sound installations. His works have been performed and exhibited internationally and his piece, “ItSpace” — also commissioned by New Radio and Performing Arts, Inc. — was featured on National Public Radio’s “Day to Day” in 2008. Between Dartmouth and UVA, Peter lived in the San Francisco Bay Area for five years where he worked as a software developer at internet startups. His dissertation, titled “Spatial Exploration: Physical, Abstracted, and Hybrid Spaces as Compositional Parameters in Sound Art,” was a series of performances, installations, and a large paper exploring the use of technology-mediated spaces in contemporary music.