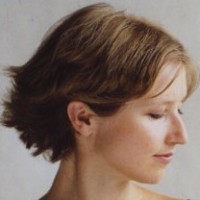 Maja Cerar is a concert violinist who studied with Aida Stucki- Piraccini in Zurich and with Dorothy DeLay in New York and is currently completing her Ph.D in Historical Musicology at Columbia University. She frequently works with composers, has premiered numerous works written for her, and has been coached by Beat Furrer and György Kurtàg. Since her debut in the Zurich Tonhalle in 1991 she has played as a soloist with orchestras in Europe, given recitals with distinguished artists on international tours (Paris, Rome, Washington, Chicago, New York) as well as at festivals in Europe (including the Davos “Young Artists in Concert,” the Gidon Kremer Lockenhaus Festival, the ISCM World Music Days and the ICMC Barcelona), America (Aspen, Vermont, Santa Fe, San Diego), and Asia.