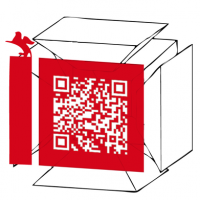 Les Liens Invisibles is an imaginary art-group from Italy. It is comprised of media artists Clemente Pestelli and Gionatan Quintini. Their work is an eclectic recombination of pop net culture, reverse engineering techniques, social media subvertising, and any other kind of media reappropriation. Since 2007, Les Liens Invisibles have been infiltrating the global communication networks in order to join and expand the invisible connections between art and real life. Most of their artworks and interventions — which include a virtual suicide web service, the subvertising of many popular social networking platforms, and a paradoxical tool to reclaim the truth through the fake — reached global media visibility and have been shown internationally.