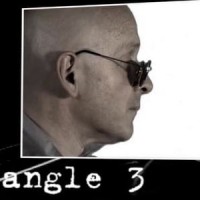 Eric Schefter was born in New Rochelle, NY in 1963, He received a Bachelor of Arts Degree in Film and Video from New York University in 1987. While studying at NYU his interests shifted from narrative film forms to abstract video and audio work. After graduating he produced his first video/audio installation Flow/Flux 88, supported in part by a Paul Lambert Video Production Award Grant. In order to approach electronic based art as a fluid medium (e.g. painting) he then began to acquire the tools necessary to create the work outside of the pressures of commercial studios.

In 1989 he co organized, with two other artists, XFH, an artist run gallery and petrie dish for underground culture in New York City. There he curated film and video screenings, and created several audio and video installations. Through XFH, Eric met electronic musician Charles Cohen, with whom he formed The Luminists in 1990. Elaborating upon previous experiments with highly processed video feedback, Eric took his work out of the context of the studio into a live performance milieu.

Also in 1991 he was an artist-in-residence at the Interactive Telecommunications Program at New York University, and completed the video wall tape Burning Bush. In 1992 Eric Co-founded ESMP (Evolution of Sensory and Metabolic Probabilities) with MR Petit & P. Bonner, a multimedia performance group, utilizing electronic music, computer processed video, and anthropomorphic robotics. Eric left 77 Hz in 1993, and formed another performance duo, Diver Gone, with Jonathan Giles in 1994.

Diver Gone worked with electronic media but the impulses were more DADA collage than previous projects: they often worked with visual and aural cut-ups of obscure popular culture. Eric ventured into the medium of CD ROM in 1995, co producing North Country an interactive narrative written by Helen Thorington and produced by New Radio and Performing Arts. He later co-created (design and HTML programming) the World Wide Web version of North Country, as well as assisting with the Turbulence Artist’s Web Site and designing the interface for Turbulence’s 9 Points of Entry project.

In 1997 Eric moved from New York to Berlin, Germany and began work with choreographer and intermedia director Frauke Havemann. He has been technical director of Havemann’s productions starting with Tripping on the Tongue in 1998 until the present day. In 2000 they collaborated on the video installations Lizard’s Lounge and Excerpts From. In 2002 they formed the production group ON AIR (www.onairproductions.info) with performer Neal Wach. Since then, a series of works have been developed which investigate the flux and friction between Live-performance (human time, transformation/ change) and pre-recorded material (mechanical/digital time, the option for endless repetition).

Within these parameters of narrative and multi-layered montage the audience becomes co-producer, co-writer, co-storyteller. Performances include Hotel Radio (2002), Leatherback (2004) and Truckers and Trackers (2006), as well as the installations Carwash (2002) and A Number (2007). ON AIR has performed in numerous festivals and performance spaces throughout Europe. Since 1998 he has also worked as a video and film editor in Germany on documentary films such as. “Gendernauts” by Monika Treut, and “The Nomi Song” by Andrew Horn.