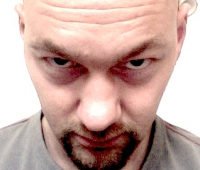 Artem Baguinski was born November 17, 1976 in Cungur – a little town in Urals, Russia, 50 kilometres from the border between Europe and Asia. Until he was 13, he had no idea what direction his life would take, but in 1989, he received a comic book from his mother about computers which fatefully changed the course of his life. From that point on, he was constantly studying the art of telling machines what to do. Artem’s early learning was through the library and in computer club in school until 1993, when he entered the Moscow Power-Engineering Institute, where he studied system design and computer science.

During his university years, his interests varied from artificial intelligence and statistics to complex systems, simulation, and computer aided software engineering. He received a bachelor degree in computer science in 1997 and continued his studies until 1999 when he received a computer systems engineer diploma and began working at a little enterprise in Smolensk, Russia, developing firmware for a SCADA system used in electric power systems, natural gas distributing systems, and in trains. At the same time, he was experimenting with programming computer graphics and music at home, in his free time – mostly at nights. Since the last years of his study, Artem has acquainted himself with the world of free software: GNU/Linux operating system. In a year, he passed the phases of initial curiosity about the phenomenon, enjoying freely available high-quality software and finally understanding the underlying principles and ideology.

His first contributions to the free software world were translations of some documentation into Russian for the BestLinux distribution. In November 1999, Artem discovered on the Internet a new fascinating free software project – v2os – operating system written from scratch by the coder of the v2_lab, Joost Faassen. The OS was positioned as a perfect environment for demos, such as the little graphics and sound applications he was writing as a hobby, so he decided to give it a try. Not only did he want to use the OS, but he also tried to fix its problems that he kept running into. Two months later, he was hired by the lab and after another half year, moved to the Netherlands.

Since then, Artem has worked as a programmer in the v2_lab, using his skills to help media artists make their dreams a reality. His areas of expertise are computer graphics, video programming and low-level programming in collaboration with Stock, the lab hardware engineer. He has also been involved in the CodeZebra project, designing system architecture and coordinating the work of the lab’s CodeZebra team with the rest of the world.